The War on Women Is Real 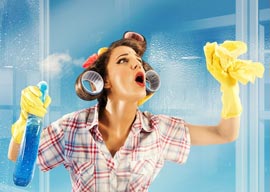 The “War on Women” is a term usually used to describe Republican policies and their effects on the fairer sex. The right denies such a thing exists, but let’s stop kidding ourselves. Going back over the past half century, it’s impossible not to see a vast right-wing conspiracy to strip women of everything that makes them women and convert them into sex toys who take out the garbage.

The war began simply enough. In the 1960s, men decided they wanted to see more tits. The Republicans created an organization that encouraged women to burn their bras. Almost overnight, men were treated to breasts of all shapes and sizes swinging freely in thin T-shirts. As we gazed at their pendulous cans, we told women they were expressing their freedom and teaching us a lesson about uncomfortable underwear or something. Conservatives never lost momentum with the “dump “em out” movement and as recently as 1992 removed all barriers between my eyeballs and funbags.

Inspired by this remarkable victory, the GOP began a “war of the sexes” that would garner as much sex as possible for men. The biggest obstacle they had was the fact that women can create life. This makes them less likely to spread their legs for every Tom, Dick, and Harry who comes along. The solution to this was simple: trivialize it. Make women think it’s an irrelevant detail that’s downright disgusting. This took some convincing, but today it’s not unusual to see a young woman turn her nose up at the act like it’s the same as shitting out a tumor.

“Wasting a woman’s fertile years isn”t even a thing these days. How convenient is that?”

Once getting pregnant was seen as some kind of revolting accident, getting laid was way easier. Republicans encouraged birth control and created a “Free Love” movement where men could bed whomever they wanted without consequences. Those stupid enough to buy the cow when they were getting the milk for free invented key parties, where married men would exchange wives for a night. This led to a massive divorce epidemic, which sucks at first but ultimately means more sex partners for men. It’s a win-win.

Of course, accidents will happen and women will still get pregnant, so conservatives started pushing abortion as some kind of girl-power movement. All wars need a propaganda machine, and ours was so good it convinced the enemy that giving birth is defecation but vacuuming out a fetus is basically a phoenix rising from the ashes. This was particularly brilliant because you have a woman’s body doing exactly what it was supposed to do and she gets rewarded with a lifetime of trauma trying to forget the baby she killed. Today it’s not unusual to meet a young woman who has had several abortions, many of them after the first trimester! Us men get to ejaculate into whomever we please and she has to deal with the consequences. In the War on Women this was our D-day.

You can”t totally eradicate the biological clock, of course, so what we did was convince women their eggs will last well into their 40s when we no longer want to have sex with them. When doctors disagreed, we dug up some anecdotal evidence of some chick’s aunt who had twins at 45 and everybody clapped.

Today you can date a 25-year-old and dump her at 30 as her eggs are drying up, and nobody says a word. She’s recovered and ready to go at 33, but it’s too late, she can”t have kids. Now those nonexistent kids can”t have kids. In one simple shrug, this conservative has killed maybe a million people, and there is no possibility whatsoever he will be tried for a war crime. Wasting a woman’s fertile years isn”t even a thing these days. How convenient is that?

If a girlfriend did get pregnant and was too headstrong to get an abortion, she”d tend to become very cloying. She”d whine about being cared for and protected and blah blah blah. Could anything be less badass? In order to get out of this responsibility, Republicans created the welfare state and said the government will pay all your bills if you just leave this guy alone and let him get back to shtupping chicks. This worked wonders, especially in the black community, where 72% of dudes get to make babies for free.