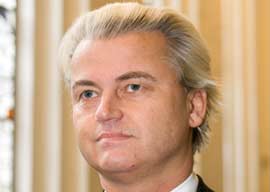 The Week’s Most Dubious, Salubrious, and Lugubrious Headlines

THE DAY THE REDS SILENCED HOLLYWOOD
On Friday the FBI announced that North Korean authorities were behind the cyber-terrorist group Guardians of Peace (AKA #GOP) and its massively publicized hacking of Sony Corp. According to the feds, the group not only had hacked and leaked troves of confidential data, it also issued terroristic threats to endanger any moviegoers foolhardy enough to attend the Christmas Day opening of The Interview, a comedy film about a plot to assassinate Kim Jong Un.

As a result of those threats, movie chains nationwide canceled plans to host the film in their theaters, whereupon Sony nixed the film’s December 25 release date.

Based on North Korea’s demonstrated flair for psychotic acts of political theater, it’s not difficult to believe they are the culpable party here. Many of that nutty nation’s more bellicose, grandiose gestures can perhaps be traced to severe penile overcompensation. When one doesn”t have much of a saber to rattle, they tend to rattle it that much more loudly. It’s entirely plausible that this was a humorless temper tantrum spurred by extreme vanity on the part of the world’s most egregious case of undeserving nepotism, that insane little greasy ball of dough named Kim Jong Un.

This all slaps America in the face with a gruesomely comical irony: After 60 years of whining about McCarthyism, Hollywood has been terrified into silence by communists.

“After 60 years of whining about McCarthyism, Hollywood has been terrified into silence by communists.”

Media pundits”this is America, so they”re nearly all left-leaning and sympathetic to communism, or at least not as paranoid about it as they are about “racism””are claiming that the film’s cancellation is heralding the death of American free speech and a dark new era of self-censorship where people are afraid to speak their minds less they be shunned, threatened, or fired.

Apparently they”ve all been asleep the past couple of generations. That era has been here for quite some time.

Without an iota of irony or one fluttering eyelash of self-awareness, Amy Nicholson of the LA Weekly openly references Orwellian terms such as “Newspeak” and “thoughtcrime,” yet the daffy dame blames capitalism rather than communism for what has happened. Such blind-yet-smirking useful idiots NEVER bitch about the institutional, unflinching, torch-mob-toting media censorship of right-wing ideas or merely any idea that does not slavishly adhere to Cultural Marxist doctrine. And now the monster that they”ve so eagerly and dutifully fed is eating them alive. There’s a fantastic comedy film in there somewhere.

HOW WILL THIS AFFECT THE PRICE OF CHE GUEVARA T-SHIRTS?
While tensions with North Korea were ramping up last week, Barack Obama proffered a 90-mile olive branch from the American mainland to Cuba in an attempt to appease America’s other major communist diplomatic nonentity. On Wednesday he announced plans to begin lifting the trade embargo against Cuba that has been in place since 1960 and has weathered such incidents as the Bay of Pigs invasion, the Cuban Missile Crisis, the Mariel boatlift, the EliÃ¡n GonzÃ¡lez controversy, and the systematic torture and repression of Cuban dissidents by their own government. Cuban President RaÃºl Castro declared victory while older exiled Cubans living in America”the ones who escaped brutality and prison and the seizure of all their belongings”labeled Obama a fool and a traitor.

GEERT GONE WILDERS
Dutch politician Geert Wilders claims that Islam is at its core a totalitarian ideology that is incompatible with Western democracy. As a result of this, he’s endured hundreds of death threats and lives under 24-hour police protection. Dutch authorities”who apparently hate being Dutch or at least don”t think it’s very cool”unsuccessfully attempted to prosecute him for inciting racial hatred in 2011 after he likened Islam to Nazism and called for the Quran to be banned.

Now they are taking another shot at Wilders by prosecuting him for discrimination and inciting hatred against Moroccans, as if there’s anything that great about being Moroccan besides the easy access to hashish. It stems from a speech Wilders delivered in March where he asked a crowd whether they”re prefer more or fewer Moroccans in The Netherlands, whereupon they started chanting “Fewer!” Wilders, whose Party for Freedom currently tops the polls in The Netherlands, remains impenitent and says he’s being prosecuted merely for daring to say “what millions of people think and believe.”

Across the West that Wilders holds so dear, saying what millions of people think and believe is becoming a crime worse than murder. And until those millions of people find the bravery to start saying it rather than merely thinking it, things will only get worse.