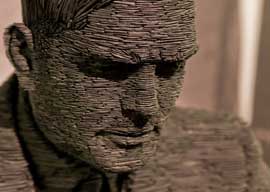 The Week’s Most Acrimonious, Parsimonious, and Sanctimonious Headlines

FEDS FINALLY ACKNOWLEDGE “KNOCKOUT” GAME
Although incidents of the “knockout game” have been documented across America for years”with the perpetrators almost always being black and their hapless targets almost always being non-black”the federal government is finally pressing hate-crime charges for a purported “knockout” incident. The main distinguishing factor this time is that the alleged perpetrator is white and his victim is black.

Conrad Alvin Barrett, 27, has been denied bail and is charged with a federal hate crime for an alleged assault against a 79-year-old black man in Texas on November 24. According to the official court complaint, Barrett filmed himself asking the following question:

The plan is to see if I were to hit a black person, would this be nationally televised?

It has become a national story, even in a media climate that often denies the “knockout game” even exists”or at least it always seems to be a “myth” when members of unprotected classes are being knocked out.

In the week’s most confusing hate-crime attack, a Mexican man in Manhattan’s Chinatown slashed the face of a Filipino he mistook for a Puerto Rican. The alleged assailant, Maxsimino Lucero, claims he never would have slashed the man’s face if he’d known he wasn’t Puerto Rican.

“While the holiday season conjures the romantic, the sentimental, and the pacifist in many people, it appears to unleash the inner Jack the Ripper in others.”

TEENS WILL BE TEENS
In what has become an annual urban-youth tradition, boisterous and exuberant teens across America brawled violently in their quest to be the first teen on their block to wear the latest line of Air Jordan 11 Gamma Blue sneakers. Unlike 2012, there were no recorded sneaker-related murders, only lots and lots of teen fights.

On Christmas night in Jacksonville, a throng of teens estimated to be 600 strong went full-blown primate in a parking lot outside a movie theater that was showing Tyler Perry’s A Madea Christmas. The incident was allegedly sparked when a small and belligerent bevy of teens attempted to break into the venue without paying. Young teen males with names such as Tevyn, Jaquade, and Khalil were arrested after sixty-two police officers showed up and dispersed the rabid horde of hyperactive teens with pepper spray.

A group of at least “400 crazed teens” went bonkers in a Brooklyn mall on Friday, working out their postcolonial angst and sense of betrayal after falling under the mistaken impression that a rapper who calls himself “Fabolous””and also insists on spelling it that way”had been scheduled to perform. In response to the display of unhinged teen energy, Kings Plaza Mall instituted a rule that no one under 18 would be allowed in without an adult chaperone, leading to cries of cultural unfairness and creepy-crawly invisible systemic repression from presumed teens with names such as Moshoou Animashaun and Shaquille Scotland.

POST-HOLIDAY STABBINGS AND DECAPITATIONS
While the holiday season conjures the romantic, the sentimental, and the pacifist in many people, it appears to unleash the inner Jack the Ripper in others.

Early on Christmas morning, Chicago police found a headless body in a basement on the city’s Northwest Side. The head had belonged to 41-year-old Silvestre Diaz-Hernandez and was allegedly severed by 18-year-old Alexis Valdez, the layabout nephew of Hernandez’s girlfriend.

A 44-year-old South Carolina woman has been charged with domestic violence after allegedly beating and stabbing her boyfriend with a ceramic squirrel when he arrived home on Christmas Eve without any beer.

Another woman in South Carolina, this one 34, was arrested on Christmas Day after allegedly stabbing her fiancÃ© in the face during an argument over what color scheme should be used for their wedding.

In Brockton, MA, 18-year-old Alexander Torres was arrested after allegedly pulling a knife on his father, who had failed to buy him an iPhone for Christmas as requested.

In Maryland, Martin Marroquin-Rodriguez, 34, has been charged with attempted murder for allegedly stabbing a man in the stomach after arguing with him about music on a restaurant jukebox.

A 17-year-old male in northern New Jersey allegedly stabbed his sister”who was one of 12 siblings””multiple times” with a kitchen knife on Thursday, killing her.

In Connecticut on Thursday, 22-year-old Robert Owen Rankin allegedly stabbed his mother to death “with a fire poker and buck knife” before slicing open her guts because “I wanted to see if there was a baby in her stomach.” Police say Rankin claimed he killed his mother “because she is pretty much responsible for everything that has gone wrong in my life.” Rankin also allegedly credited his mother with being physically strong and putting up a good fight during her murder.