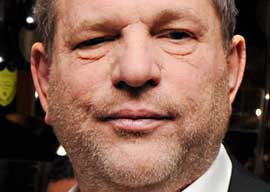 The Week’s Most Demonic, Hedonic, and Ebonic Headlines

MARTIN LUTHER KING DIED SO YOU CAN TWERK
The majority-black city of Flint, MI”rated America’s most dangerous metropolitan area”recently faced yet more opprobrium due to a flyer announcing a “Freedom 2 Twerk” party depicting Martin Luther King wearing a fat gold chain and apparently flashing a gang sign. We may be witnessing the other side of that “mountaintop” that King claimed to have ascended.

A black woman in the UK reports that she was “very taken aback and highly offended” when the National Health Service issued her what the NHS claims was the randomly computer-generated password “charcoal shade” to log into her account.

Rapper Kanye West allegedly punched a white teen in the face thirty or so times after the teen taunted his mating partner Kim Kardashian with the “N-word,” which is possibly “narcoleptic” but definitely isn’t “mudshark.”

“We may be witnessing the other side of that “mountaintop” that King claimed to have ascended.”

Rapidly aging professional whore Madonna wound up apologizing profusely and denying she’s a “racist” after she posted a picture of her 13-year-old son Rocco Ritchie on Instagram and appended it with the hashtag “#disnigga.” Persisting in the delusion that she’s black, the eternally lapsed Catholic then revised her photo comment and told all of the “haters” to get off her “dick.”

In The Bronx, where over half of the residents are “of Hispanic, Latino, or Spanish origin,” a black female potential juror caused a stink when she objected to the word “negro” on a jury-duty form that delineated one racial category as “black, African-American, or negro.” Perhaps she didn’t realize that the Spanish word for “black” is negro.

And according to a black female scribe for the Guardian, it’s possible to have sex with Chinese women and still be a racist”but John Derbyshire already knew that.

ISRAEL MAKES IT ILLEGAL TO CALL SOMEONE A NAZI
The Parliament of Israel, that ethnocentric nation in the Middle East which may or may not have existed thousands of years ago and whose current occupiers may or may not be genetically related to its ancient inhabitants, has given preliminary approval to a bill that would criminalize the act of calling someone a Nazi. Some analysts claim that the bill is not designed to protect Nazis from being slurred, but to prevent people”including, presumably, modern white nationalists and all critics of Zionism”from comparing the acts of Israel’s leaders to those of the Nazis.

Regarding other Jews in the news, a Tel Aviv court issued an indictment last week against Mordechai Michael Tzerki, who allegedly stabbed an Eritrean infant in the head with scissors in an effort to stop “black terror” and as “a sword of vengeance for the whites against the terror against white people.” Israel is currently experiencing ethnic tension between its Jewish population and African immigrants.

Stanley Fischer, governor of the Bank of Israel from 2005-2013 and a man who is a dual citizen of both the United States and Israel, has been nominated as the Federal Reserve’s second banana behind Janet Yellen, who is also Jewish. It appears that there have been no non-Jewish Federal Reserve chairmen since 1970 (Paul Volcker’s ancestry is disputed), and it may be time for America to address this startling lack of diversity at such a powerful position.

HARVEY WEINSTEIN WANTS TO EAT YOUR GUNS
Bloated, stubbly, and toad-faced movie mogul Harvey Weinstein, producer of several Quentin Tarantino films that teem with gunfire and bloodshed, announced on Howard Stern’s radio show that he plans to team up with Meryl Streep and produce an anti-gun film. On the same program, Weinstein also spoke fondly of the Warsaw Uprising and defended gun ownership if it could be used to protect his “people”:

I’d find a gun if that was happening to my people. I don’t think we need guns in this country, and I hate it, and I think the NRA is a disaster area…and I’m going to make a movie with Meryl Streep, and we’re going to take this issue head-on, and they’re going to wish they weren’t alive after I’m done with them.