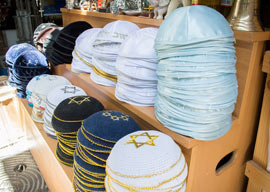 The Week’s Most Daring, Uncaring, and Overbearing Headlines

“RENT A JEW” PROGRAM LAUNCHED IN GERMANY
Do you have any Jewish friends? If not, have you ever considered renting one?

A new program in Germany enables you to “Rent a Jew” at will. For a designated cost, you will be able to procure your own personal Jew for a prescribed period of time, during which that Jew will reveal that he or she is a human being just like you are. If you ask nicely, they might even allow you to touch their hair.

The program was launched by Munich’s Janusz Korczak Academy, with funding by the Nevatim Program of the Jewish Agency. According to a spokesjew:

There are 100,000 Jews in Germany, but very few people in this country know a Jew personally. We want to change that…to engage young people on the grassroots level…to build interpersonal contacts for young people…and break down prejudices.

What better way is there to build friendship than paying someone to be your friend?

The Rental Jews skew young; all are under 30. There are currently an estimated 20 young Jews available for rental in Germany. Unconfirmed sources report that many people are hesitant to rent Jews for fear that once rented, they’ll immediately raise the rent.

Human chattel slavery has been outlawed throughout most of the civilized world because it is considered barbaric, cruel, and, OK, even evil for one human to own another. But that doesn’t automatically imply it’s unethical to rent human beings so that they can lecture you about their culture while browbeating you about your history.

To prevent another Holocaust, it’s imperative that you rent your own personal Jew today.

“Do you have any Jewish friends? If not, have you ever considered renting one?”

“DUKES OF HAZZARD” CAR IMPLICATED IN CHARLESTON SHOOTING
The anti-Confederate hysteria that’s been whipped up in the wake of the Charleston church shooting won’t seem to rest until they make it impossible to even visualize a Rebel flag. It has become abundantly clear that the only form of hatred currently permitted for white Southerners is self-hatred.

The latest casualty in this unabated War of Northern Aggression is the much-loved classic TV program The Dukes of Hazzard, which originally aired from 1979-1985, back when people didn’t automatically freak out at the sight of white Southerners enjoying themselves.

Cable channel TV Land, which has been airing Dukes reruns for years, announced last week that it is pulling the plug on Bo, Luke, Daisy, and Boss Hogg. The show will no longer air on TV Land mainly because the Dukes’ getaway car, an orange 1969 Dodge Charger known as “General Lee,” has a Rebel flag painted on the roof. Warner Brothers also recently announced that it will stop licensing the sale of merchandise featuring General Lee with the nefarious flag atop it. And the actual owner of General Lee”pro golfer Bubba Watson“has announced he’ll be redoing the roof’s paint job so that it features an American flag instead.

And last week the Southern-based racing institution NASCAR asked its mostly Southern fans “to refrain from displaying the Confederate flag at our facilities and NASCAR events.” Driver Dale Earnhardt, Jr., who’s been the sport’s most popular star for at least a decade even though he’s never won a title, said:

I stand behind NASCAR’s stance to remove it. I think it’s offensive to an entire race. It belongs in the history books, that’s about it.

One wonders whether Dale’s legendary father”who won a record seven NASCAR titles and is considered by many to be the sport’s greatest driver ever”would be proud.

THE GREAT HAITIAN DEPORTATION
Undocumented Haitians who are currently living in the Dominican Republic”AKA the side of the island that isn’t hell on Earth”are facing mass deportations back to Haiti. A court order required residents to register with authorities by June 17 or face deportation starting July 1. An estimated 200,000 Haitians may be deported in what’s being described as an act of “ethnic cleansing.”

In 1937’s Parsley Massacre, Dominican dictator Rafael Trujillo oversaw the slaughter of between 10,000 and 25,000 Haitians. Trujillo was a mulatto who was rumored to wear makeup and dye his hair in order to appear fully Caucasian. Observers fear that the current situation is volatile and could lead to bloodshed on a grand scale again.

Whether intentional or not, anyone who protests relocating anyone to Haiti is tacitly admitting that Haiti is a festering shithole.

HATE-CRIME HOAX OF THE WEEK
Little Rick Jones of Delta, UT garnered a rainbow-colored tsunami of support, affection, encouragement, and cash donations a couple months ago after claiming he’d been subjected to a series of violent hate crimes spurred by rampaging hatred over the fact that he’s a homosexual and makes no bones about it.

The first of these alleged crimes”reported by big-name boobs such as CNN without the word “alleged” as if they’d actually happened in time and space and fact-checkers were unnecessary”involved the young pizzeria owner being attacked by two men who attempted to make him drink bleach and carved the words “DIE” and “FAG” into his arms. The very next day, some fag-bashing hatemonger allegedly spray-painted anti-gay slurs on the home that Rick shares with his family. And then came the alleged Molotov cocktail that burned the wall and carpet in Rick’s bedroom.

And then came Rick admitting he’d made it all up.

His lawyer is now claiming it was merely a “cry for help.” Others bewailed the fact that troubled LGBT persons in conservative rural Utah don’t have access to the sort of public resources that might prevent them from perpetrating fake hate crimes upon themselves in sick acts of incurable narcissism that strain public resources and the public’s patience.