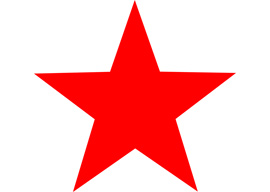 The Week’s Most Improficent, Insufficient, and Inefficient Headlines

STUDY: ONLY WIMPS SUPPORT SOCIALISM
Conventional wisdom has always dictated that socialists tend to be weak, conformist, lily-livered, yellow-bellied, thumb-sucking, lollipop-licking, low-testosterone mammy’s babies who view the government as one giant teat upon which to suckle in the fetal position from cradle to grave.

Now comes a scholarly paper to establish that the conventional wisdom has been correct all along. Published in Evolution and Human Behavior, “Is sociopolitical egalitarianism related to bodily and facial formidability in men?“ finds a pronounced negative correlation between a man’s muscularity and his support for economic redistribution schemes.

Researchers examined nearly 200 men aged 18-40 and determined their “formidability” using such measures as height, weight, muscle circumference, and arm strength. According to a press release from Brunel University in London, the more macho the man, the less likely he was to be a commie pinko fag:

Physically stronger men are less in favour of social and economic equality than weaker men, new research from Brunel University London indicates….The results showed a significant correlation between those with higher bodily formidability and the belief that some social groups should dominate others. These men were also much less likely to support redistribution of wealth.

This news is so exciting it makes us want to eat a two-pound steak, bench-press 400 pounds, and deliver a punishing series of roundhouse kicks to Karl Marx’s corpse.

REPUBLICAN BODY-SLAMS HIS WAY TO VICTORY IN MONTANA
This is reporter Ben Jacobs. Does he look punchable to you? Yeah”he does to us, too.

“The study finds a pronounced negative correlation between a man’s muscularity and his support for economic redistribution schemes.”

In Montana last week on the eve of a runoff election between Republican millionaire Greg Gianforte and some Democrat folk singer who wears cowboy hats, Gianforte was charged with misdemeanor assault for allegedly roughing up Ben Jacobs.

Gianforte, who courted minor trouble last month when he lamented that some reporters made him want to “wring their necks,” was allegedly in his office when Jacobs arrived unannounced and uninvited, which in most jurisdictions would constitute criminal trespassing, would it not? When Jacobs kept pressing him with questions even after Gianforte said that he would address the issues later, a scuffle ensued that was captured on audio. In a deep and masculine voice, Gianforte is heard telling Jacobs to “Get the hell out of here,” while Jacobs whimpers “You just body-slammed me and broke my glasses” like a little boy crying for his mommy on the first day of kindergarten.

A Fox News crew witnessed the incident. According to reporter Alicia Acuna:

Gianforte grabbed Jacobs by the neck with both hands and slammed him into the ground behind him.

On Thursday, Gianforte”despite, or perhaps even because of the fact that he body-slammed a reporter”edged the guy in the cowboy hat to seize Montana’s only seat in the US House of Representatives. Reporter Greg Jacobs is probably curled in a ball at the bottom of a hot shower, crying.

YOU DON”T HAVE TO BE RACIST TO BE RACIST (BUT IT HELPS)
Affinity magazine was created by a black female teenager with a really strange head to address the social-justice and intersectional issues that constantly plague strange-headed black teenagers in a society that oppresses and demonizes them because it’s sick and white.

A recent headline from Affinity is easily the most Orwellian of the year”and possibly the century. In “You Don”t Have To Be Racist To Be Racist,” a certain Evin Zendejas”an 18-year-old Boy of Color who has apparently decided that your teens are no time to have fun and instead describes himself as an “Activist fighting for human rights and equality amongst all groups by spreading awareness about societal issues””opines thusly:

Surprise! Racism does not always come from the minds of racists…abstract liberalism, naturalism, cultural racism, and minimization of racism are at the core of color-blind racism. Racism never went away, it just became harder to identify….Once a social bias is destroyed, society gets one step closer to eliminating racial discrimination due to less [sic] people spreading the negative ideals and more people being educated on the effects of discrimination and why they can cause people of color to feel anger toward those trying to suppress them.

CHINESE DISDAIN FOR THE WESTERN “WHITE LEFT”
Chinese netizens”who have disproportionately high IQs and laughably small penises”have a slang word to describe what we here in the West would call social-justice warriors, libtards, and limousine liberals. The term is baizuo, which translates as “white left.” According to Chinese writer Chenchen Zhang:

Although the emphasis varies, “baizuo” is used generally to describe those who “only care about topics such as immigration, minorities, LGBT and the environment” and “have no sense of real problems in the real world”; they are hypocritical humanitarians who advocate for peace and equality only to “satisfy their own feeling of moral superiority”; they are “obsessed with political correctness” to the extent that they “tolerate backwards Islamic values for the sake of multiculturalism”; they believe in the welfare state that “benefits only the idle and the free riders”; they are the “ignorant and arrogant westerners” who “pity the rest of the world and think they are saviours”.

Zhang says that the first Western figure to be smeared as a baizuo was the childless sea hag Angela Merkel. He says a corollary term to baizuo is shengmu“which translates as “holy mother” and refers to people who “have too much empathy.” The best Western synonym for shengmu would be “special snowflake.”