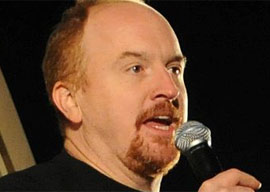 HOLLYWOOD’S SEXUAL-ASSAULT FREIGHT TRAIN KEEPS ON A-ROLLIN’
Ever since the tiny elites who cluster together in tiny swaths of America’s coasts appointed themselves the moral arbiters of an entire nation that they deem to be teeming with inbred Christofascist moral lepers who deserve to be tortured and mocked into extinction, it has been our sincerest wish to see these sheltered pervs unmasked as the corrupt and predatory hypocrites we always knew they were.

For generations now we’ve been forced to endure endlessly pious chest-thumping and relentlessly condescending lectures from HIV-positive waste cases who, if they had a scrap of decency, would have publicly immolated themselves on a glowing funeral pyre made of melted crack pipes.

At the moment the entertainment industry is cannibalizing itself as a result of the sort of entitled arrogance that comes from not realizing that the endless witch hunts whose flames they’ve fanned for decades would eventually burn them at the stake, too.

Part Hungarian, part Jewish, and part Mexican, the man born Louis Székely—and who phonetically simplified his unpronounceable surname into “C.K.” for showbiz purposes—identifies as white. In a 2008 “comedy” routine, he drew gales of laughter from a presumably majority-white audience for predicting that huge suffering would befall all whites for reasons of historical karma:

We’re gonna pay hard for this shit, you gotta know that. We’re not just gonna fall from number one to two. They’re gonna hold us down and fuck us in the ass forever, and we totally deserve it.

Speak for yourself, “white” man.

“At the moment the entertainment industry is cannibalizing itself as a result of the sort of entitled arrogance that comes from not realizing that the endless witch hunts whose flames they’ve fanned for decades would eventually burn them at the stake, too.”

Rumors of C.K.’s masturbatory proclivities have circulated for years but were mostly swept under the rug, because the entertainment industry loves few things more than a comedian who can sell out Madison Square Garden while getting everyone to laugh about white degradation and displacement.

However, that pimple finally popped last week when The New York Times ran an article in which five women—only one of them anonymous—accused the physiognomically disadvantaged comic of whipping it out and jerking it while they either watched in stunned horror or listened on the phone with extreme discomfort. During one encounter in a motel room, two accusers say his penis spat forth a quarter-billion ugly little Louis C.K. tadpoles all over his ample belly as they watched in horror.

Rather than deflecting and denying like so many others, Louis admitted that the accusations were accurate:

These stories are true. At the time, I said to myself that what I did was okay because I never showed a woman my dick without asking first, which is also true. But what I learned later in life, too late, is that when you have power over another person, asking them to look at your dick isn’t a question. It’s a predicament for them.

Note that even in the midst of a purported apology, he made a point of mentioning his “dick” twice. If his dick looks anything like his face, it’s safe to assume that no one in world history has ever willingly desired to see Louis C.K.’s dick.

Rolling Stone magazine has been chugging along for fifty years now, at least forty-nine of which were completely unnecessary. Three years ago, they committed credibility suicide with their infamous “A Rape on Campus” story that turned out to be 100% fraudulent. Two weeks ago, their star reporter Matt Taibbi was unmasked as either a liar or a rapist, and quite possibly both. And now comes news that the magazine’s publisher Jann Wenner stands accused of “demanding sex from freelance worker Ben Ryan in exchange for a lucrative contract.”

According to Ryan, back in 2005 Wenner invited him to his townhouse and poured him a drink:

I had Jann Wenner’s tongue in my mouth. I went along for a second but then said something to the effect of “Oh please, I’m not that kind of girl.”….It was the most pure form of sexual harassment: he pawed and groped and I insisted no but he persisted promising me a “25 article contract” in the most disingenuous voice. “Preferential treatment.” I was forced to kiss him. His mouth was dry and he was a serpent-like kisser, lashing with his tongue. After 90 minutes I left [with my] dignity relatively intact.

Let’s all hold hands and hope that for Jann Wenner, Matt Taibbi, and Rolling Stone, this will prove to be the serpent’s kiss of death.

Intergalactically gay former Star Trek actor—really, has he done a single thing of note since?—George Takei is apparently still bitter at being fired by Donald Trump on The Apprentice, because he has not shut up for one second about Trump allegedly being a subhuman sexual assailant.

Now Takei finds himself accused of drugging and sexually assaulting a male model back in 1981. Former model Scott R. Brunton says he was 23 back in 1981 when Takei invited him to his LA condo for drinks under the ruse of consoling him about a breakup with his boyfriend:

We have the drink and he asks if I would like another. And I said sure. So, I have the second one, and then all of a sudden, I begin feeling very disoriented and dizzy, and I thought I was going to pass out. I said I need to sit down and he said sit over here and he had the giant yellow beanbag chair. So I sat down in that and leaned my head back and I must have passed out. The next thing I remember I was coming to and he had my pants down around my ankles and he was groping my crotch and trying to get my underwear off and feeling me up at the same time, trying to get his hands down my underwear….I managed to get my pants up and compose myself and I was just shocked.

Also last week, Judy Haim—mother of deceased 1980s teen idol Corey Haim—accused Charlie Sheen of anally raping her son when Sheen was 19 and Haim was 13. And actor Anthony Edwards publicly accused his former mentor Gary Goddard of being a “pedophile” and “sick father figure” who diddled Edwards and multiple other boys.