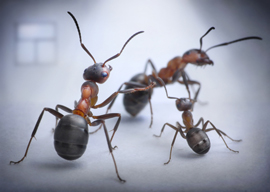 Homosexuals pounced upon the word “gay” decades ago and seized it as their own, gradually changing its meaning from “happy” and “carefree” toward something that now denotes “angry” and “intolerant.”

On Sunday, June 30, the neo-homos gathered in Seattle in the shadows of a 520-foot steel phallus to loudly proclaim their “pride.” It wasn’t white pride they were expressing, because that’s forbidden. Nor was it male pride, because the very concept is routinely mocked and scolded. No, at this annual “PrideFest,” they didn’t need to specify what type of pride they were celebrating. Everyone knew”primarily because this proud breed had a habit of never letting anyone forget”that they were filled to the gills with pride for having sex with people of the same gender. They were there to march for their pride, to sing for their pride, to agitate for their pride, and to bark from bullhorns about their pride lest anyone doubt that they’re proud rather than ashamed and might be protesting a wee bit too much.

Promoters estimated the turnout to be around 120,000, many who are presumed not to be homosexuals, because even West Coast cities aren’t that gay. Some were undoubtedly heterosexuals who were, by proxy, proud of gay pride and who supported “gay rights,” i.e., “gays on the left.”

But at least two people amid that giant swelling rainbow-colored mass were fundamentalist Christians who were not down with the program. There were at least two of them”no less, and possibly no more. One of them wore a black T-shirt that said TRUST JESUS in big bold yellow block letters on the back. The other held aloft a giant picket sign that read REPENT OR ELSE!!! on one side and COVETOUSNESS IS IDOLATRY…MATERIALISM…PORNOGRAPHY…DRUG USE…ROCK MUSIC…DRUNKENESS [sic]…TV WORSHIP…JESUS SAVES FROM SIN on the other. The sign included no mention of homosexuality, which may have inflamed a crowd of flaming homosexuals who not only request inclusion but demand it.

It’s unclear what triggered the one-way “brawl” because the video clip begins after the conflict has already begun, but one side”the one with the numbers”was obviously the aggressor and the other side was clearly on the defensive. Egged on by a circling school of bloodthirsty pink sharks was a pair of primary antagonists. They are, at least from outward appearances, a heterosexual couple who, despite their looks, may be romantically involved”a shrieking, flailing, bespectacled woman and a pale-as-dough lardy male with a shaved head who looks like a squashed-down version of former pro boxer Butterbean.

Aided and abetted by the rainbow mob, the pair shove, taunt, insult, and harass the pair of almost superhumanly restrained Christians. Then a group of females attempts to tear down the Christian picket sign. When that fails, a short man runs up and wrestles the man holding the sign to the ground, whereupon Butterbean runs up, his snow-white flab flapping gaily in the summer sun, and delivers a series of punches to the sign-holder’s head.

Police”one of whom is wearing a rainbow-colored bead necklace”soon arrive. The video reveals that the female antagonist had apparently left a baby unattended in its stroller during her hysterical anti-Christian tirade, and a policeperson removes an open can of beer from a cup holder in the stroller’s rear. It’s hard to tell from all the cacophony, but the female appears to be telling police that the sign-holder had assaulted her until she finally heeds her bald partner’s repeated demands to “shut up.”