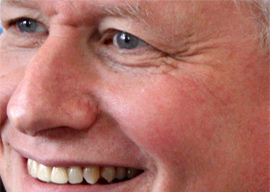 The Week’s Most Homicidal, Suicidal, and Genocidal Headlines

BILL KRISTOL CALLS FOR WHITE WORKING CLASS TO BE REPLACED
Bill Kristol is a pot-bellied garden gnome with a simperingly effeminate vocal inflection whose father Irving was known as the “Godfather of Neoconservatism.” As the editor of the Weekly Standard, he is noteworthy for consistently being wrong on every possible issue.

He was one of the loudest members of the “Never Trump” movement and made a complete honking ass of himself last summer when he suggested that a charisma-deprived nobody named David French could mount a formidable campaign for president.

Look, to be totally honest, if things are so bad as you say with the white working class, don”t you want to get new Americans in? Seriously, you can make the case”this is going on too long and this is too crazy, probably, and I hope this thing isn”t being videotaped or ever shown anywhere. Whatever tiny, pathetic future I have is going to totally collapse….[A]fter two or three generations of hard work everyone becomes kind of decadent, lazy, spoiled”whatever. Then, luckily, you have these waves of people coming in from Italy, Ireland, Russia, and now Mexico, who really want to work hard and really want to succeed….

Billy boy, whatever tiny, pathetic future you had has now totally collapsed.

“If you want to examine a true rape culture, point eastward toward Mecca.”

GERMAN STUDY: 92% OF LEFT WING ACTIVISTS LIVE WITH THEIR PARENTS
A study of left-wing activists in Berlin conducted by Germany’s Federal Office for the Protection of the Constitution has concluded that 92% of them still live with mommy and daddy and a full third of them are unemployed. A robust 84% of them are male and nearly three-quarters are under thirty years old. In four out of five cases where they were charged with offenses against a person, it was against police officers.

Is there a blonde, busty nubile in all of Germany who wouldn”t instantly lubricate at the idea of one of these fundamentally inactive activists approaching her with a slick come-on line such as, “My name is Dieter”I”m unemployed and I live with my parents”?

THE MOST RACIAL SUPER BOWL EVER
Traditionally, the Super Bowl is a time for Americans to put aside their differences, eat guacamole, and enjoy the fun and intrigue of world-class athletes giving each other concussions. But this year, many Americans saw it as an opportunity to toss yet more Duraflame logs onto the ever-growing bonfire of racial animosity.

Trailing by a staggering 25 points late in the third quarter, two white men named Tom Brady and Bill Belichick launched an improbable come-from-behind victory that’s being compared to Donald Trump’s thunderous electoral upset in November. The fact that the New England Patriots” team is over two-thirds black did not seem to matter to their critics; nor did the fact that the losing Atlanta Falcons were also helmed by a white quarterback and a white coach. It was Brady’s tacit support for Donald Trump that had large swaths of the Sorest Losers in World History howling in rage about how this was a victory for “white supremacy.” Butt-hurt tweets in the wake of New England’s Super Bowl victory included:

Meanwhile, quarterback Tom Brady”who won a record fifth Super Bowl and is now widely acknowledged as the greatest of all time at his position”is being lambasted as a “racist” for daring to quote a Rudyard Kipling poem in the wake of his victory.

THE “WOMEN’s MARCH” SPEAKER WHO TORTURED AND KILLED A MAN
When hundreds of thousands of post-menopausal, cat-owning women wearing pink “pussy” hats converged on Washington on January 21 to pretend that they don”t have more legal rights than men, they were regaled with a speech by Donna Hylton, a black woman who is described as “an activist and advocate for incarcerated and at-risk women.”

Hylton was an “at-risk” woman who was incarcerated in 1985 for her role in the days-long kidnapping, torture, and murder of a white man. Hylton described her journey as “a love story about freedom, hope, survival, sisterhood, redemption, and forgiveness.” She left out the part about beating the man for days, squeezing his testicles with pliers, and shoving a yard-long metal rod up his rectum.

Regardless, a feature film about Hylton’s life is in development. It is called A Little Piece of Light. Sounds like a little piece of something, but it ain”t light.