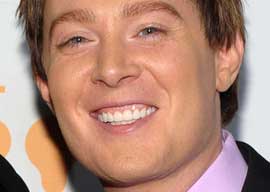 The Week’s Most Vicious, Pernicious, and Seditious Headlines

RINGING IN THE NEW YEAR WITH A BANG
Citizens across our wide and bounteously diverse globe celebrated the New Year’s dawning with new hopes, new dreams, and new resolutions. Celebrations transpired joyously and peacefully, with the exception of the Arizona man who killed himself and his two young daughters, the British man dressed as a superhero who was mugged while undertaking a 5,000-mile trans-Canadian walk for charity, the Minnesota man blinded in one eye after a bar dispute, the California man who was carjacked at knifepoint after responding to an online dating ad, the Australian man stabbed to death during a beach party, the British man allegedly stabbed to death with an ice axe, the New Hampshire man attacked with a broken bottle, the transsexual gored by a Scottish stag in a “freak accident,” and the Florida man who allegedly threw a banana at his girlfriend.

DOG EATS KOREAN
In a stark reversal of hallowed cultural customs, it was reported in a Hong Kong newspaper that not only did chubby Korean despot Kim Jong-un order his uncle’s execution, he along with 300 or so other officials witnessed his uncle Jang Song Thaek and five other officials being stripped naked and stuffed into a cage, whereupon 120 dogs who’d been starved for three days were set loose and ate every last scrap of them. Some question the story’s veracity, but if true it would signal a huge karmic triumph for canines over a short and brutish people who’ve been far from kind to little puppy dogs.

FUTILITY IN FALLUJAH
After wasting trillions of dollars and thousands of American lives attacking a country that apparently had zilch to do with the 9/11 attacks, the US federal government now faces a stark symbolic humiliation due to the fact that the Iraqi city of Fallujah is now allegedly under the control of al-Qaeda militants. Apparently we didn’t bomb them enough to make them love our freedom.

RAND PAUL TO FILE LAWSUIT AGAINST GOVERNMENT SPYING
Elfin and curly-haired Kentucky Senator Rand Paul has announced that he plans to file a class-action lawsuit against the National Security Agency. The suit will argue that the NSA’s all-swallowing metadata surveillance program violates the Fourth Amendment. “Lying to Congress is a felony,” Paul said. “I frankly think it would be somewhat enlightening for James Clapper and Edward Snowden to share a prison cell, and then maybe we’d all learn a little bit from that.” You can join the lawsuit (and prepare for an IRS audit) here.

KEEPING IT GAY
Gay people and their non-gay allies appear determined to continue being the World’s Loudest Minority in 2014. Citing few credentials beyond being called a “fag” in school, American Idol runner-up Clay Aiken is reportedly considering a run for a US Congressional seat in North Carolina. Germany’s first lesbian cabinet member has come out of the closet, and seeing as she has a face that makes Shemp Howard look like Marlene Dietrich, we really wish she’d stayed back in the closet.

The Rainbow Reich likewise appears hell-bent on sticking its beak (and other protuberances) into every locker room in existence. The past week witnessed more ritual shaming of athletes in the form of a British soccer player reprimanded for calling homosexuality “detestable” and Baltimore Ravens wide receiver Torrey Smith facing a tsunami of gay rage for referring to a man who was wearing pink socks as a “queen.” In an article titled “I Was An NFL Player Until I Was Fired By Two Cowards And A Bigot,” former Minnesota Vikings punter Chris Kluwe insists he was let go because he supports gay marriage rather than what Occam’s Razor would dictate, which is that he was fired because his team drafted a better punter.