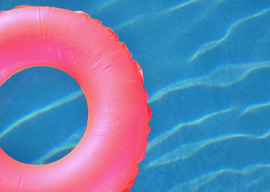 The week’s most inflammatory, defamatory, and masturbatory headlines

1. “TWEET, TWEET,” SAID THE STOOL PIGEON
Twitter, the premier website for the world’s shrinking attention span, has yielded to pressure from French authorities to hand over data that will enable “the identification of some authors” who’d anonymously posted “anti-Semitic and racist tweets” on the site. Though this may be good news for the witch-hunting and thought-controlling “Jewish and anti-racism groups” who sued Twitter in French court, it’s an ominous sign for lovers of free speech and anyone who dares question the totalitarian impulses that lurk behind smiley-faced global egalitarianism. It’s also depressing news for anyone who applauded the fact that Twitter was not implicated in last month’s revelations that several Internet giants cooperated with federal authorities in the NSA mass-surveillance scandal. This marks the first time the company has blocked an account at the behest of state authorities. Twitter released a statement claiming they’d “agreed to continue to work actively together in order to fight racism and anti-Semitism.” This presumably doesn’t include the seeming millions of threats about rioting and anti-white violence that appeared on the site leading up to and following George Zimmerman’s acquittal.

2. MR. SNOWDEN, YOUR FLIGHT IS STILL DELAYED
Stranded in a Moscow airport for the past three weeks, NSA leaker Edward Snowden appeared publicly on Friday to request temporary asylum in Russia until he could safely travel to one of the three South American banana republics that have offered him a safe haven. Journalist Glenn Greenwald warned that if US officials don’t treat the exiled leaker gingerly, “Snowden has enough information to cause more damage to the US government in a minute alone than anyone else has ever had in the history of the United States.”

3. JANET NAPOLITANO STEPS DOWN, EARTH SHAKES
Janet “Big Sis” Napolitano, a handsome woman of massive girth and power, announced she is stepping down as Department of Homeland Security Secretary in September. She will be tripling her salary to become the next president of the University of California system, which was the biggest single donor to Barack Obama’s 2008 and 2012 presidential runs. As head of the UC system, Napolitano”who is allegedly not fond of men“will oversee, manage, and possibly bed a cornucopia of Associate Vice Chancellors for Faculty Equity, Assistant Vice Chancellors for Diversity, Graduate Student Diversity Liaisons, Directors of Development of Diversity Initiatives, Directors of Cross-Cultural Centers and Lesbian Gay Bisexual Transgender Resource Centers, and perhaps even one or two people who teach math and English.

4. OF COURSE THERE’S NO “LIBERAL MEDIA”; IT’S NOW CALLED THE “PROGRESSIVE MEDIA”
On Friday the White House held a meeting with “a handful of journalists from liberal and progressive outlets” to discuss Obamacare. Among the attendees was Slate’s Matt Yglesias, who despite being attacked in what may have been a hate crime, remains a liberal who identifies, at least in theory, with the downtrodden. Yglesias is the type of guy who apparently sees no contradiction in decrying “millionaires” while he purchases a $1.2-million home. Yglesias posted a picture of himself at the meeting looking compassionate in his progressive beard and progressive eyeglasses.

5. ABORTED BABIES AND WASTE PRODUCTS IN TEXAS
Despite an epic filibuster last month by pro-abortion bombshell Wendy Davis, Texas legislators passed an abortion bill that would ban such ghastly, woman-hating procedures as aborting fetuses after the 20th week of pregnancy. As is their wont, shrieking liberal protestors filled the state Capitol building in Austin to screech, holler, and chain themselves to railings. Texas Department of Public Safety allegedly seized “one jar suspected to contain urine, 18 jars suspected of holding feces and three jars suspected to contain paint” from protestors before they could exercise their First Amendment rights by throwing them in people’s faces.