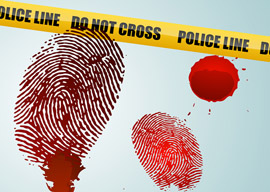 CAUCASIAN SELF-FLAGELLATION IN THE PACIFIC NORTHWEST
Washington State’s Terri Kompton and Layla Tromble are exactly as bloated and hideous as you’d expect a pair of middle-aged white women who’ve made it their duty to “call out” white people for “racism” would be.

Because black Americans would undoubtedly embrace Kompton and Tromble as noble allies rather than a pair of patronizing, pasty-skinned ham-planets, these unfuckable white gals have formed something they call the “White Nonsense Roundup,” which is described as a ” a grassroots social media campaign to rally white allies to call out fellow white people when they share or say racist things on social media”:

If you are a Person of Color (POC), you have enough on your plate! It’s not your job to educate white people about privilege, racism, and what’s really going on in the world. If a white person is filling your social media with white nonsense “ anything from overt racism to well-intentioned problematic statements “ tag us and a white person will come roundup our own.

Perhaps these two ladies are unaware that white people invented rodeo, and in this sport’s long and noble history, cows have never rounded up anyone.

In Oregon” a really white state that really hates itself for it”a lawyer named Robert Milesnick has formed a Facebook group called “White Men For Black Lives.” Milesnick also recently penned an essay called “My White Male Privilege Is Complicit In Black Male Killing.” Oh, really? As a lawyer, Milesnick should do the right thing”turn himself into police as an accessory to murder.

LOWERING THE BAR EXAM
The American Bar Association is playing a zero-sum game that pits academic excellence against racial diversity. It is considering a rule that would require law schools to prove that at least 75% of its graduates passed the bar exam within two years of graduation. But a chattering chorus of deans at historically black law schools are balking at this new rule, claiming that it flies flat in the face of another clause that demands diversity and inclusion among the legal ranks and thus discriminates against humans of a Negroidal origin. Y’see, black law students don’t perform nearly as well academically as white law students do, which is irrefutable proof that we live in a racist society rather than proof that black law students may simply be less intelligent than white ones.

HELP SEND THIS MAN BACK TO AFRICA
Tired of people online telling him to “Go back to Africa,” Larry Mitchell of Kokomo, IN has launched a crowd-funding campaign designed to do exactly that.

Send me “back” to Africa fund… If you want me to go back to Africa I will gladly go… you can help make your dream and mine come true… accepting  all donations… KKK, Skin Heads and anyone else with like mind thinking are welcome to donate… Thank you.. God bless you and America… #putyourmoneywhereyourhateis

Several commenters praised Mitchell for humorously sticking it to the “racists.” But what would truly be hilarious would be if Mitchell relocated to Africa, because everyone knows it’s even worse than Indiana.