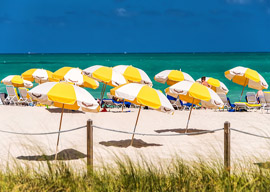 POST-BREXIT HATE EXPLOSION
Just as the gentle and enlightened proponents of One World Government warned, England has turned into a toxic cesspool of festering race hatred ever since its dumb and xenophobic electorate foolishly chose to spurn the European Union’s noble embrace.

All across Great Britain, indigenous Anglo Saxons now feel free to spew the most vile and subhuman speech at those they don”t consider “truly” British, mostly because the objects of their unfounded hatred truly have no ancestral roots in Great Britain. Suddenly, it’s open season on Muslims and “Pakis” and even the universally benighted Poles. There are even reports of people being called “monkeys,” if you can believe that in this day and age.

Horrifyingly, some people are even being told to “go home,” which as we all know is something that has never occurred to white people in nonwhite countries in the entire history of the planet, because nonwhite people have always been nice to people who don”t look like them.

England has clearly been seized by a “climate of fear, hate and xenophobia.” According to the carefully measured and not at all hysterical words of a woman named Natasha Blank, “This insidious racist mentality is real, quantifiable and needs to be addressed at the highest level.”

The good news is that racism is apparently now “quantifiable,” and we eagerly await the unveiling of Natasha Blank’s scientifically engineered and peer-reviewed Racism Measuring Machine.

Writing for the Guardian“a publication that never met an indigenous working-class Brit that it liked”a person with the distinctly non-British-sounding name of Randeep Ramesh hyperbolically laments that “Racism is spreading like arsenic in the water supply.”

This is clearly a sad and dark day for Great Britain, and we hope the soggy island returns to its senses and that halcyon time when Muslims raped thousands of British girls but officials turned a blind eye because they were terrified of being called “racist.” We need to go back to a less-threatening era when Islamic lunatics hacked British soldiers to pieces with meat cleavers on public streets while neutered indigenous Brits stood by and did nothing for fear of being called racist.

Clearly, we need to reject this new “climate of fear” and return to the old climate of fear wherein people were terrified of expressing their true feelings…or of even stating inconvenient facts.

A POLITICALLY INCONVENIENT MUSLIM SUICIDE ATTACK
Just when we almost felt safe in thinking that the Orlando massacre at the Pulse nightclub had nothing to do with Islam, along comes a bunch of Islamic nincompoops with guns and bombs at a Turkish airport to undermine the script.

On June 28, at least three gun-and-bomb-toting men stormed Istanbul’s main airport and left 44 people dead and another 200+ injured. Never mind that Turkey has incredibly restrictive gun laws. Never mind that Donald Trump was spotted nowhere near the scene. Never mind that at least this time around, homosexuality had nothing to do with the attack. Keep repeating to yourself that these escalating attacks have NOTHING TO DO WITH ISLAM.

Al Qaeda has recently expressed a growing frustration with an American media who denied the Islamic motivation behind the Orlando attack. It has also lamented that most of the Orlando victims were Latino rather than white:

We recommend “ and Allah knows best “ that it is better to avoid targeting places and crowds where minorities are generally found in America….Therefore we advise targeting areas where the Anglo-Saxon community is generally concentrated. This class of the American community is the majority and it is the one that is in the American leadership.

We”ve been floating this country on credit for centuries, yo, and we”re done watching and waiting while this invention called whiteness uses and abuses us, burying black people out of sight and out of mind, while extracting our culture, our dollars, our entertainment like oil”black gold”ghettoizing and demeaning our creations, then stealing them, gentrifying our genius and then trying us on like costumes before discarding our bodies like rinds of strange fruit. The thing is, though”the thing is that just because we”re magic doesn”t mean we”re not real.

To pretend as if the current American media, educational, and political climate toward blacks is anything short of worshipful is to peddle an outright lie. And as far as anyone floating anyone else “on credit” goes, Black Americans have been floating on white prosperity and white technology and white welfare for generations now. We invite Mr. Williams, or any other logically challenged black activist on Earth, to cite any majority black country on the planet where blacks live longer and enjoy a higher material standard of living than they do here in the irredeemably racist and white supremacist USA.

If they fail to produce such evidence”and they will, because no such evidence exists”they would be wise to quit with the unhinged and fact-free whining, because they are unwittingly creating a “racist” backlash they will be utterly incapable of snuffing.