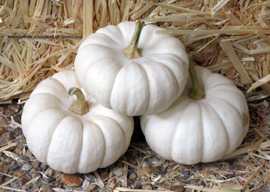 The Week’s Most Global, Immobile, and Ignoble Headlines

DREAMING OF A WHITE PUMPKIN
As the air grows cooler and the days grow shorter, we gather together this holiday season to confront the uncomfortable fact that Western education has become a stinking cesspool of insanity and nonsense.

Witness a new study called “The Perilous Whiteness of Pumpkins,” an extensively footnoted but intellectually bankrupt essay by a pair of female college professors who would be better served making babies and baking pumpkin pie.

In their attempt to force people into swallowing the laughable lie that America routinely brutalizes black people while white people run rampant in the streets like albino chimps, they point to an incident during the 2014 Pumpkin Festival in Keene, NH, during which a crowd that appeared to be entirely white and resolutely moronic started throwing things at one another. The study’s authors complain that this did not become a national story like the prolonged riots in Ferguson, Missouri after the police shooting of Michael Brown, presumably because being white and enjoying pumpkins renders one immune from public criticism.

That may be true, but neither did this mob of Pumpkin Hooligans try to grab a policeman’s gun like Michael Brown did, nor did they burn and loot and randomly shoot and beat people for weeks on end in the shooting’s aftermath. And a robust eighty people were arrested during the pumpkin fracas, not one of whom is alleged to have assaulted or shot a police officer.

Still, the authors juxtapose “the symbolic whiteness associated with pumpkins in the contemporary United States” with “the wave of violence sweeping the United States targeting black and brown bodies.” We are told that the Keene Pumpkin Festival is “the whitest festival imaginable” as if that’s a bad thing. We hear about “pumpkins’ symbolic whiteness” and “the racial politics of pumpkins” and how “workers of many races have likely touched the pumpkin you celebrate,” and it’s almost as if we’re expected not to laugh.

Even a passage as brutally idiotic as this…

The language of war, destruction, competition, and violence circles around the pumpkin in another eddy of the pumpkin entertainment complex.

…is apparently meant to be taken seriously, and we presumably are supposed to feel good about having taxes siphoned from our hard-earned paychecks to fund the increasingly aggressive brain-damaging of North American culture and education.

“Brothers and sisters, let us greet the new dawn with a pumpkin in each hand.”

Brothers and sisters, let us greet the new dawn with a pumpkin in each hand.

THE PROTOCOLS OF TRUMP
To anyone who is even half-sane, Donald J. Trump is obviously a miraculous demigod beamed down to Earth by Thor in order to save America from destruction while making it cool to tell jokes about Jews, homos, fat chicks, and junglebunnies again.

During an electrifying speech in Florida last week, Trump warned a rapturous audience that American sovereignty was under siege by “a small handful of global special interests”:

Hillary Clinton meets in secret with international banks to plot the destruction of U.S. sovereignty in order to enrich these global financial powers….This election will determine whether we are a free nation or whether we have only the illusion of democracy but are in fact controlled by a small handful of global special interests rigging the system….The establishment and their media enablers wield control over this nation through means that are very well known. Anyone who challenges their control is deemed a sexist, a racist, a xenophobe, and morally deformed. They will attack you, they will slander you, they will seek to destroy your career and your family.

Pundits with surnames such as Greenblatt and Ratner, as well as the Anti-Defamation League, immediately charged Trump with ripping a page out of “The Protocols of the Elders of Zion” and dabbling in dangerous anti-Semitic tropes that are “straight out of Nazi propaganda” that recall the early 1930s and thus make them poop their pants in fear.

What’s curious is that Trump didn’t mention Jews in his speech”not even once. What do his critics know that he doesn’t?

One email exchange between Clinton campaign manager John Podesta seeks to smash Catholic dogma and remold it to march in lockstep the insatiably totalitarian progressive agenda. A certain Sandy Newman, who accidentally happens not to be Catholic, writes to Podesta:

There needs to be a Catholic Spring, in which Catholics themselves demand the end of a middle ages dictatorship and the beginning of a little democracy and respect for gender equality in the Catholic Church….I don”t qualify to be involved and I have not thought at all about how one would “plant the seeds of the revolution,” or who would plant them.

In his response, Podesta agrees that Catholics must be brought to heel:

We created Catholics in Alliance for the Common Good to organize for a moment like this. But I think it lacks the leadership to do so now. Likewise Catholics United. Like most Spring movements, I think this one will have to be bottom up

Oh, it’ll be “bottom up,” Podesta”just not the way you imagined.