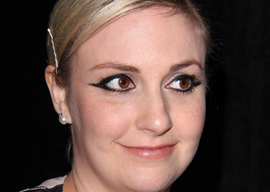 DONALD TRUMP’s MEXICAN HOLIDAY
Last week was probably the strongest one yet in Donald Trump’s presidential campaign, giving all of us racists, sexists, and xenophobes new hope for a glorious outcome this November.

Taking el toro by the horns, Trump landed behind enemy lines in Mexico City on Wednesday, holding a press conference with Mexico’s president, who’s some Mexican dude with a Spanish-sounding name.

Showing an indomitable alpha-male virility that may only be matched by the radioactive testosterone levels of Vladimir Putin, Trump then flew back to Phoenix and gave a soul-stirring speech about immigration that strengthened red-blooded men’s resolve and moistened patriotic American women’s panties from coast to coast.

Naturally, some Hispanic dude who belongs to an openly pro-Hispanic organization wrote for CNN that Trump’s speech in Phoenix was a “xenophobic tirade” crammed with “sinful, vitriolic rhetoric” that would do nothing to placate “nervous Republicans worried that he had taken his message too alt-right.” And in the Chicago Tribune, a writer who describes himself as “white, male and not Jewish” referred to Trump as a “manic hate-monger” whose oration in Phoenix was “a hate speech” that was “hate-filled and hateful.”

That sounds like quite a psychotic speech. What was it that Trump actually said? Feast on these appalling hate-nuggets:

The fundamental problem with the immigration system in our country is that it serves the needs of wealthy donors, political activists and powerful politicians. Let me tell you who it doesn”t serve: it doesn”t serve you, the American people….While there are many illegal immigrants in our country who are good people, this doesn”t change the fact that most illegal immigrants are lower-skilled workers with less education who compete directly against vulnerable American workers, and that these illegal workers draw much more out from the system than they will ever pay in….Instead, the media and my opponent discuss one thing, and only this one thing: the needs of people living here illegally….To all the politicians, donors and special interests, hear these words from me today: there is only one core issue in the immigration debate and it is this: the well-being of the American people.

Well, that settles that. Period, case closed, end of discussion, point, set, match. Anyone who’s concerned with “the well-being of the American people” over that of illegal immigrants is clearly insane.

“Anyone who’s concerned with ‘the well-being of the American people’ over that of illegal immigrants is clearly insane.”

SHAPIRO’s LIST
Benjamin Aaron “Ben” Shapiro is an elfin neoconservative who encourages using McCarthyite/SJW tactics against anyone he deems to be a “racist”:

He neglected to add that racism is also inappropriate and highly problematic.

In his ultimately doomed quest to salvage a career as a neocon barking puppet, Shapiro has summoned all four and a half feet of his being and tossed himself in battle against Donald Trump and the Alt-Right. On Twitter, he recently provided a list of “20 alt-right-friendly or alt-right people/outlets.”

We here at Taki’s Mag are pleased as punch to announce that a robust seven of the Shapiro Twenty have written for our gloriously subversive site: Pat Buchanan, Steve Sailer, Jim Goad, Jared Taylor, Richard Spencer, Peter Brimelow, and John Derbyshire. It almost feels as if we’ve swept the Oscars!

Two videos that went viral last week reveal a pair of social-justice twats who may be insane, seem to be highly medicated and/or intoxicated, and who are stupendously unaware that they are making idiots of themselves for all the world to see.

The first video involves a certain Annaliese Nielsen, described as “the owner of a high-profile LA-based digital girl’s club,” which alone would suggest that she’s a bucket o’ sunshine and agreeableness. Seemingly very drunk, she recorded herself harassing a Lyft driver for having an innocent and cute Hawaiian bobblehead hula girl figurine on his dashboard:

You thought that was adorable. You didn”t think of the pillaging of, like, the continent of Hawaii….I”m sorry that you have no consideration for actual Hawaiian people who don”t want to be a bobblehead item in your car while you”re driving for Lyft….You fucking selfish dumbass idiot.

Nielsen also disparagingly refers to the driver as a “white male” and is therefore “the person who is least hurt in this situation.” The driver endures her hectoring for a titanically long time before peacefully ejecting her from his vehicle.

The second video spotlights the very severe mental issues of Zarna Joshi, a Black Lives Matter activist who begins harassing a man who supports Seattle’s police. After Joshi confronts him and repeatedly pesters him for his name, the man jokingly states that his name is “Hugh Mongous.” At this, Miz Joshi begins screaming that his goofy joke was “sexual harassment” and begins howling at everyone within earshot that she’d been “sexually harassed” and why won’t anyone do anything to arrest the man who’d been “sexually harassing” her? And despite the fact that she’d shown up to protest the police force, she winds up screaming at the cops to help her find and detain the man who’d “sexually harassed” her.

Hugh Mongous, wherever you are and whatever your real name is, we love you.

ENGLISH TRANNY WITH HUGE ADAM’S APPLE FILES CRIMINAL REPORT FOR BEING “MISGENDERED”
Zoe Kirk-Robinson was born in England as a man and still has a prominent Adam’s Apple that is larger than most adult men’s testicles. Ten years ago he decided that he was a woman. And now he’s on the Bolton Council and has filed a criminal complaint against a fellow councilman for “misgendering” him.

The accused, a 69-year-old white male named Guy Harkin who to our knowledge has never called himself a woman, is said to have used the pronouns “he” and “him” when referring to Kirk-Robinson, which the latter referred to as an “inappropriate…attack” that was “deeply upsetting.” In his defense, Harkin said it was a “slip of the tongue” and that “there is not a homophobic or any kind of phobic bone in my body.”

If Harkin is convicted and sent to jail, there very well may be a homophobic bone or two in his body.