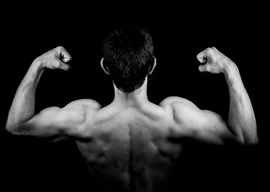 Author Nikesh Shukla”a fat brown man who appears to sweat a lot”has just been named one of Foreign Policy magazine’s “100 Global Thinkers of 2016.” He won this award for his work focusing on the “unbearable whiteness of publishing.” Ironically, his surname is a word of Sanskrit origin meaning “white.”

In books such as The Good Immigrant, the British citizen complains that British society is unfairly dominated by indigenous Britons.

I think I”ll move to India, bitch about how the Indian publishing industry is stacked in favor of Indians, and then expect to receive grants and awards…or maybe not.

I”ve never read a word this chubby samosa has written and I never intend to, but the mere fact that he cribbed the already severely overused term “unbearable whiteness” suggests to me that he is an unoriginal hack. This play on Milan Kundera’s Unbearable Lightness of Being is approaching Fear and Loathing in _______ levels of overuse.

Referring to “whiteness” as “unbearable” is not a bold move if you want a media career these days. In fact, it appears to be a prerequisite.

“You know what’s truly unbearable about white people these days? That they don”t find this nonstop defamation unbearable.”

To my knowledge, the quintessentially unbearable writers for the Huffington Post have never referred to blackness or Jewishness as “unbearable.”

Despite the fact that the publishing industry slavishly caters to minoritarian tyrants and routinely bashes the very notion of white people, many insist that this industry, too, is unbearably white. A gay black author whinges about “The Unbearable Whiteness of Science Fiction.” An editor for the Islamic Monthly takes issue with “The Unbearable Whiteness of Canadian Columnists.” (He notes that “Canadian columnists are predominately white” and designates this as a “problem.”)

A writer for The American Prospect slams “The Unbearable Whiteness of Liberal Media,” noting that even the staff of The Nation has only “slightly over 4 percent of its staff hailing from racial and ethnic minority groups.” (Apparently he counts Jews as white.) And of course, even The Nation itself bemoans the publishing industry’s “unbearable whiteness.”

These hard-hitting, truth-digging articles all point to a cultural crisis, because it is an undeniable statistical fact that Hollywood’s ownership is too white.

American music, alas, is likewise condemned as unbearably white. We are lectured about “The Unbearable Whiteness of Soft Rock“ and read earnestly stupid attempts to explain “Why “Indie” Music Is So Unbearably White.”

In the real world, nine out of the top ten singles currently on the Billboard charts are by black artists. But I wouldn”t hold my breath waiting for a barrage of articles about the music industry’s “Unbearable Blackness.”

TV, too, is allegedly so white that it makes people want to scream. At Salon, a certain Scott Timberg slammed David Letterman’s farewell shows for their “unbearable whiteness.” Failed black late-night host Kamau Bell has a problem with “The Unbearable Whiteness of Late Night.” And the Advocate feels the need to cry little rainbow tears about the “Unbearable Whiteness Behind Orange Is the New Black.”