Their Damned Lies, and Yours 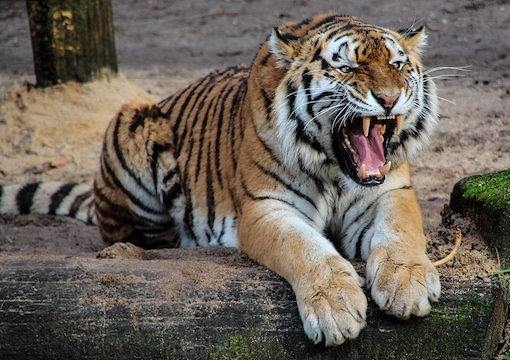 That said, I’m gonna reluctantly invoke them, because even the worst of mankind can offer lessons for the rest of us.

Christmas Day 2007, brothers Kulbir (23) and Amritpal (19) Dhaliwal, their friend Carlos Sousa (17) in tow, crept into the San Francisco Zoo after closing time to taunt the animals. Drunk and stoned, the threesome decided to take on Tatiana, the zoo’s endangered Siberian tiger. Standing on the railing of the enclosure, pelting the animal with pine cones, the bud-bud-buddies were shocked when the enraged cat leaped a hell of a lot farther and higher than zoo officials thought possible when they built the pen. Jumping the length of her moat, the cat set upon the three unwise men. Carlos Sousa became carne asada, and the panicked Punjabis ran screaming. Police were forced to shoot the beautiful animal to save two worthless members of a herd that could’ve used some thinning.

The Dhaliwals sued the city for their self-inflicted injuries, and because it’s San Francisco, the city gave them $900,000. Since the Dhaliwals were brown, many leftists coddled them as victims. And as coddled brown folks often do, the Dhaliwals, now armed with a sense of entitlement, embarked on a crime spree, with Amritpal excelling in grand theft, assault, DUI, and reckless driving, before dying in 2012 (hopefully he was reincarnated as a Bombay sidewalk, to spend a lifetime being shat upon).

The story’s lesson? Don’t provoke a tiger. If you do, you’re likely to get mauled.

Now, the Dhaliwal incident is open-and-shut: blameless animal vs. fully culpable humans. Last week presented a more complex case, even if the lesson to be learned is the same. The right’s newest martyr is 17-year-old Akron boy Ethan Liming. You probably read the story: White kid beaten to death by black thugs outside a school funded by millionaire chattel-slave-of-Chinamen LeBron James. However, it’s possible you didn’t hear the story in a fully accurate way, so let’s start with the facts as they’re known at the moment:

In the words of its marketing materials, “the SplatRBall SRB400 is a battery powered water gel-gun that comes with a 400-round magazine. Set it in Semi-Auto or Full-Auto mode and start the fun!” The “toy” rapid-fires paintball-type pellets that riddle the “victim” with water or paint. And, as if America needs further proof that Covid isn’t the only deadly plague from China, the latest “TikTok challenge” among teens involves driving around shooting random strangers with these gel-guns.

At approximately 10 p.m. on the night of June 2, Liming and three friends (one other white juvenile, and two black ones) were driving through town shooting strangers with a SplatRBall. Pulling into a school parking lot where four black thugs were playing basketball, several boys in the car began discharging the toy weapon at the thugs, who initially ran in fear but, upon realizing they were being shot at with water pellets and not bullets, reversed course and charged the juveniles.

Three of the four pellet pranksters were assaulted, Liming fatally. There are other he said/she said details coming from Liming’s family and the thugs’ defense attorneys, but I want to stick to what detectives have confirmed.

So there’s the story. But certain rightists don’t want to tell it straight. Like The Blaze’s Jason Whitlock, whose distorted presentation of the incident went viral on Twitter last weekend:

Two black kids shot a water paintball gun at four black men, sparking a confrontation outside a white kid’s car. The white kid attempted to calm the situation. Three black men beat him to death. Five black kids got in a fight, and the white kid who initially acted as peacemaker got killed.

A complete fabrication. Whitlock separates Liming from the pellet shooters, removes the second white kid from the equation entirely, and paints Liming as a bystander “peacemaker” instead of a participant (Whitlock offers no links to sources to back up his presentation of the case). Liming’s father (who wasn’t present at the assault) did indeed tell the local press that his son told the charging thugs, “Relax, it’s a joke,” but Akron police say they have no corroboration of that.

“Salvation never comes from untruth. That’s a good rule for life in general, but an especially good one for politics.”

Some rightists prefer Whitlock’s fantasized version of Liming’s death to the apparent reality of what occurred. I’d counsel against that. Now, I’m not comparing what happened in Akron to the San Francisco zoo incident. The tiger was inculpable, and as far as I’m concerned all three of the taunters deserved to be eaten. On the other hand, Ethan Liming didn’t deserve to die for a prank, and the thugs possess free will and something that at least approximates a neocortex, so they didn’t have to commit murder just because they were frightened by an idiotic stunt.

But I think the moral is the same: Don’t taunt violent animals. Four years ago I wrote about the explosion of “hood-prank” videos (a genre of YouTube video in which urban blacks are pranked specifically to elicit a violent response) and the dangers associated therewith: “Hood-prank videos are popular in large part because indolent ‘hood’ blacks are so easily driven to violent rage,” I wrote. “The responses to the pranks are inevitably furious and brutal.”

You prank these no-impulse-control, perpetually angry halfwits, you risk getting beaten or killed.

We can’t bring Ethan Liming back, so what’s left but to learn a lesson? Distorting the story as Whitlock did isn’t helpful. What’s helpful is viewing the story in the cold light of day and counseling young whites to not do as Liming did. Don’t portray the kid as a saint; use him as a cautionary tale.

White parents should from now on insert a Liming clause in their version of John Derbyshire’s infamous “talk.”

I’m not trying to pick on Jason Whitlock; he’s probably paid per click. But these lies aren’t harmless, because they obscure the lesson, and, as I said, the lesson is all there is.

And only through acceptance of reality can lessons be learned.

Which brings us to the 1/6 committee hearings. My opinion of 1/6 and the mob of Rain Mans who assaulted cops and the Capitol is well-known; no need for a retread. But I do want to mention how this “committee” is bringing out the worst instincts in the right. 1/6 was a clusterfuck of stupidity, but a lot of rightists are reacting to the Liz Cheney/Democrat Prime-Time Variety Show by digging the hole deeper, reflexively defending the indefensible, because in general, to partisans, that’s what you do.

Both sides trading reciprocal lies. And some of you think that’s the way to do it. You literally think this is the pinnacle of effective ideological warplay: “They weaponize lies, we weaponize lies! #WARWARWAR!”

But this pathetic show…who’s it for? Do you see it as a game of volleyball in which committed ideological foes lob distortions back and forth? But then what’s the point? You’ll never change their minds, or they yours. Do you think your distortions are winning converts? That if you show cherry-picked video of 1/6 MAGAs walking calmly through the Capitol after they’ve taken it by violence, and you call them (to quote Tucker Carlson) “peaceful tourists” who were merely “walking around and taking pictures” while the cops were “arresting people for walking through the U.S. Capitol building,” somewhere a fence-sitter will be won over to your side?

How likely is that compared with the other possibility, which is that the fence-sitter sees your selective video and untruthful description, then sees all the violent 1/6 video that contradicts it, and now that fence-sitter will forever view you as untrustworthy and your “side” as lacking credibility?

So enough with the reciprocal “weaponized lies” bullshit. 1/6 happened. I wish it hadn’t, but it did, and just as in the Ethan Liming case, all that’s left is to see it for what it was and learn the lessons. 1/6 was a brutal, inexcusable exercise conducted in the name of an ignoble man acting for ignoble reasons. Let Cheney and the Dems have their hearing; it’ll be forgotten by November. Don’t lose credibility over it. Copping to the brutality of 1/6 and the genuinely foul behavior exhibited by Trump regarding Pence, the election, and its aftermath isn’t being a “cuck.” It’s being smart, because the partisans who achieve electoral victories are the ones who can extract their head from their opponents’ asses long enough to realize that trading lie for lie has never helped win an election; it only hardens the resolve of the already-resolved, while robbing the partisans of credibility among middle-grounders.

Salvation never comes from untruth. That’s a good rule for life in general, but an especially good one for politics. Stay truthful, acknowledge reality, learn lessons.

Don’t provoke a tiger. And if someone on your side provokes a tiger, don’t coddle them like they’re deserving of sympathy, or they’ll end up a reincarnated poop-sidewalk like Amritpal Dhaliwal.

Don’t provoke black thugs. And if someone does and dies in the process, don’t treat them like a saint; acknowledge their error and use it to save others from following the same path.

And if you did it, or supported it, then take the hit and don’t dig the hole deeper by lying about what happened. Once the hearings end and the already-disinterested public moves on, you’ll emerge with your credibility intact.

For normal people, at least.