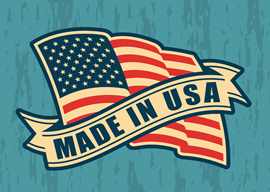 CHATTANOOGA, Tenn.”I”m loving all these Ancestry.com commercials where dim-witted actors say, “I thought I was a Tahitian Eskimo Mexican until I sent in my DNA test kit, and boy was I flummoxed when the results came back! I”m really Croatian with a mix of sub-Saharan! I guess I”ll be turning in my furry hat!”

This is a scam I”m thoroughly in favor of, because it reveals, once and for all, the dirty secret of American politics: Race doesn”t exist!

Don”t get me wrong. I don”t believe for a second that these tests mean anything. If you believe that DNA patterns are so historically accurate that you can discriminate between, say, Ukrainian origins and Tatar origins”it depends on which Mongol horde in which century pillaged which village, right?”then you must also believe that the guys examining your cheek saliva in Twin Falls, Idaho, have an encyclopedic knowledge of human migration patterns that are still considered mysterious by experts at the British Museum.

But what I do believe is that something did occur several millennia ago, 59 miles southwest of Baghdad, at Babel, site of the most ostentatious tower in the world before it was surpassed by Trump Tower. Whatever happened at Babel may not be exactly what the Jewish scribes describe in Genesis 11, but some series of cataclysms caused the one race to disperse into many races, or at least appear to be many races.

But even if you do not believe this”even if you believe, like John C. Calhoun and David Duke and Louis Farrakhan and Baruch Goldstein, in the purity of certain races”aren”t we finding out that Americans are so genetically messed up that everybody is multiracial?

We”re mongrels and we know it.

In the course of my talk at the Chattanooga Film Festival last week, I noted that almost every alleged white person in East Tennessee claims Cherokee blood. Far from being proud of their direct Indian-killing ancestors like Andrew Jackson, they instead claim lineage from the “Trail of Tears” side of the Cherokee Wars, which ran from 1776 to 1794.

“Yep, I”m one-eighth Cherokee, and my wife is one-sixteenth Cherokee.” This is always stated with an undertone of “Aren”t I special?” pride, as though at any moment they could break into an earth-spirit drumming ritual. Don”t judge by the name tag on my Sears Auto Repair jumpsuit, they seem to be saying, I”M REALLY A WILD MAN.

“So here’s an idea. What if we declared, by law, that all Americans are the same race?”

Okay, so here’s my question. If you”re one-sixteenth Cherokee, how did you get that way? Were the white settlers raping the Indians, or were the Indians raping the white women when they overran the settlements? Because I guarantee you nobody was going down to the county courthouse and saying, “I would like to register the marriage of Anthony V. Crawford III to Running Deer, daughter of Laughing Wolf.” Just a question. Because there’s a whole lot of white people claiming this partial Cherokee heritage.

What would make more sense is claiming to be one-eighth or one-fourth African slave”especially if you live in West Tennessee, where the cotton was grown”because the most recent statistics show that around 21 percent of white Americans have an admixture of black blood, and 17 percent of blacks have an admixture of white blood. This should surprise no one, since scarcely a week goes by without some tabloid headline about a white supremacist having black ancestors or Oprah being related to a Montana rancher. And, of course, the biggest hypocritical denial of them all emanated from the White House between 2009 and 2017, as a half-white, half-black president embraced the heritage of his absent father and denied the heritage of his loving mother, presumably in order to juggle his proud genes the way the Tennessee faux-Cherokees do.

All of this has been percolating in the American subconscious for at least a couple of centuries, and it was all delineated in the great 1936 novel Absalom, Absalom!, even though William Faulkner didn”t even know what DNA was. All he had to work with was skin color, the Civil War, the messy contradictions of the human heart, and the instincts of a writer.

So here’s an idea. What if we declared, by law, that all Americans are the same race? We”ll call the race “American.” It’s a nationality, it’s an ethnic group, and it’s a race.

As part of this law, we would make it illegal to subclassify or hyphenate anyone. Therefore, no more Asian-Americans, no more African-Americans, not even any Native Americans, because that word would become redundant.

Wouldn”t this be the most egalitarian thing we”ve done since 1787?

Wouldn”t it be nice if, from now on, when you filled out an employment application or a bank-loan form or volunteered for the Peace Corps, you would be spared the question “Which race do you associate yourself most closely with?”

Because that is the way they state it. Even the Nielsen ratings people know you can never ask, straight up, “What race are you?” Which race do you associate with? The question itself implies that you can switch anytime you feel like it, that race is a sort of con game used by marketers to put people in categories without asking questions that are illegal.

As a backup plan, if Congress declines to do our bidding, let’s all start choosing an alternative race on the census form. People do change races”or, thanks to Ancestry.com, start thinking about them in a new way. Ice-T once told me that he considered himself white until the age of 10, when his elementary school classmates in New Jersey informed him otherwise. With intermarriage among the so-called races increasing over time, we”ll soon have such a mishmash of skin colors and body types that there won”t be much value in the broad DNA categories anyway.

And isn”t this the goldurn point? Isn”t this the very essence of America? After all, it’s called the melting pot, not the pot of mutually exclusive highly identifiable ingredients.

In fact, the census currently recognizes six racial categories and two ethnic categories”and behold how worthless they are:

“White American” is defined in census documents as either European American or Middle Eastern American. (Thanks for narrowing it down, guys.) They no longer use the term “Caucasian,” as in people from the Caucasus Mountains, which is a shame because that was a word that made us sound like badass Chechen terrorists.

The second category is “Black or African American,” and this is broken down further to mean originating from sub-Saharan Africa. Don”t try to sneak into this category if your ancestors are from the Maghreb countries! This category used to be called “Black, African American or Negro,” but “Negro” was eliminated from the description after the 2010 census. This was probably an attempt to muddy the waters about who’s black and who’s not, since the term “negroid” is actually the only scientific word the census ever used. It’s a morphological unit used by forensic anthropologists to identify people from the sub-Sahara and East Asia.

The third census category is “Native American and Alaska Native.” I”m not sure why the Eskimos are separated out from the other aborigines, but I suspect it has something to do with the Bering Strait land bridge and how Inuits differ genetically from the Cherokee and Navajo, who make up most of the 2.4 million people in this designation. (The precise definition is descendant of any “original population” in North America, Central America, or South America. So if you”re a naturalized Waorani from the Amazon, you still qualify as Native American.)

“Asian American” is the weirdest basket term of all, because it’s defined as “originating in the Far East, Central Asia, North Asia, Southeast Asia, and the Indian subcontinent.” (How many billions of square miles is that? The mind boggles.) The largest subgroups, in order, are Chinese, Filipino, Indian, Vietnamese, Korean, and Japanese”six nationalities that have virtually nothing in common.

The fifth category is “Native Hawaiian and Other Pacific Islander,” and if you drill down into what this means, you get “originating in Polynesia, Melanesia, or Micronesia.” If you want clarity you have to go back to the year 1990, before the term “Pacific Islander” was invented. At that time they used “Hawaiian, Samoan, and Guamanian.” Presumably they enlarged the term so the populace of the Northern Mariana Islands wouldn”t be insulted. (By the way, the last full-blooded Hawaiian is expected to die off in 2025″making my point perfectly.)