They Want Us Dead 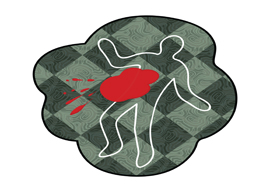 Ultimately, we tricked the alt-left into defending a doctrine that literally treats women like second-class citizens. It was an effective way to prove the left has no interest in truth or ideas. They only want violence. They want this because they”re sadistic and damaged, but the power that drives the engine is all this dehumanizing rhetoric from the liberal media and socialist academics. At a recent free-speech rally in Berkeley, Lauren Southern described seeing protesters drag a Trump supporter into a mob where they tried to put a bag over his head. At another rally in Portland, police confiscated a trove of incredibly sadistic-looking weapons that looked like they were designed for torture. These people don”t think they”re killing someone they disagree with. They think they”re killing Hitler. They got this idea from Marxist professors like Dana Cloud who keep hammering in this idea that “we” are the problem and that equality and justice would thrive if people like us would just take our boots off their necks.

Last year, the media pushed the narrative that cops were hunting black kids for sport. BLM chanted, “What do we want? Dead cops! When do we want them? Now!” This rhetoric trickled down to the mentally ill and we got two dead cops in New York, five in Dallas, and God knows how many more attacks. This year is worse. The “evil cop” is now anyone who advocates for free speech and opposes fascist doctrines like Sharia. That’s pretty much everyone sane. The lunatic army of deranged liberals and crazed jihadis have been given their marching orders: “Finish them off.”