To Hell With the Perpetually Offended 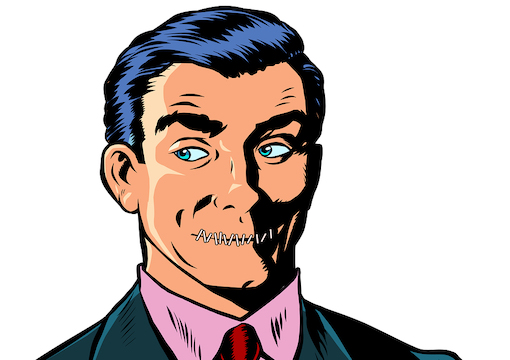 I began my journalistic career under strict censorship. It was imposed on the press and media by the Greek colonels who had seized power in a bloodless coup in Athens on April 21, 1967. Censorship, however, suited me fine. That’s because I was an ardent backer of the coup, the democratic process having been torn to shreds by the socialists and extreme left-wingers in Parliament. Fifty-two years later I am once again writing under censorship, this time virulently unsuited to it, the inspectors now being the politically correct gestapo who hand down punishments for life. One wrong word and one’s career is kaput, no ifs or buts about it.

A society in which free speech or an ill-judged joke means losing one’s livelihood is not a laughing matter. And this is taking place right here, in the good old U.S. of A. Free speech and due process have become things of the past. Let me explain: The Orwellian vision of total conformity derives from an intrusive government that polices thought, the written and spoken word. Today’s demand for total conformity as far as free speech is concerned does not come from any government, but from the media, the film industry, and university campuses. When you think of it, it’s really quite unique. Governments have been suppressing free speech since time immemorial, but for the first time in man’s history the abolition of free speech has taken place through osmosis, by the very people who teach and make movies and write about freedom: the universities, Hollywood, and the media. The key words that are used for restricting speech are racist, sexist, homophobic, nationalist, white supremacist, and other taboo words I cannot think of right this minute.

An 85-year-old sports announcer in Canada recently was fired for regretting on the air that new immigrants had abandoned the tradition of wearing a poppy in their lapels to commemorate the veterans who had lost their lives in World War I. Don Cherry’s crime was seen as such for mentioning immigrants, the diversity mob demanding his head even before he had finished the sentence.

“A society in which free speech or an ill-judged joke means losing one’s livelihood is not a laughing matter.”

Megyn Kelly’s television-superstar career has been on hold for years because she rhetorically asked on the air what was wrong with wearing black face paint à la Al Jolson at a costume party. She compounded her mistake by also saying that Santa Claus was white, not black. Both Cherry and Kelly were fired because aggrieved listeners were shocked to hear such talk. And it gets worse: Due process no longer exists when a female accuses a male of harassment.

The latest brouhaha with the perpetually offended—the sisterhood—comes to us from dear old England, where a woman threatened to divorce her husband because he gave her an exercise bike for Christmas. Fellow females were outraged because the present signified the recipient was fat. Enter that super-woke jerk Justin Trudeau, who wants to have the word mankind changed. Nothing, of course, can match The New York Times for waging unrelenting war against white people. The rag praises a junk movie as if it were Citizen Kane: “Queen and Slim are slow dancing in a Louisiana juke joint. The black couple has been on the run since shooting a white cop dead. The two sway tenderly, staring deeply into each other’s eyes….” Needless to say I haven’t seen this trash, but I bring it up because of the sympathetic manner in which the rag presents the black killers. Imagine what would happen if someone wrote in this manner about a white couple having murdered a black police officer.

Here’s the Egyptian-American feminist Mona Eltahawy sounding off on social media about respectability and a civil tone: “This idea of respectability, this idea of civility, this idea of unity, all of these words—decorum—who invented these words? These words were invented by white men for the benefit of other white men, in systems and institutions that were always designed to be for white men.” Did you get that, all you bad white men out there? The preening intolerance of militant feminists, militant gays, militant blacks, militant transsexuals, militant whatever has turned this country into a laughingstock. Did you know the term “convicted felon” is no longer tolerated in San Francisco? City government ignores the fact that the place is drowning in human feces, but is pushing through a law that calls convicted felons “justice-involved people.” Nurse, quick!

Black perpetrators are especially prominent in anti-LGBT crimes, comprising ten out of twelve arrested for those crimes in New York City, but only the New York Post had the courage to print this. But the Times did have the courage to report on how the coach of the Calgary Flames was forced to resign for saying something rude bordering on racial to a Nigerian-born player, Akim Aliu, more than ten years ago. The hockey league, of course, folded quicker than you can say “Aliuuuu,” the accuser being from Africa and all that.

Finally, good old Syracuse U. It recently gave in to student demands after rioting by black, Latino, Asian-American, Jewish, Muslim, and indigenous students after racist and anti-Semitic graffiti appeared in a freshman dorm. Nineteen demands by students were met, and everyone went home happy after rioting that lasted two weeks. Worst of all, the graffiti read “Little China Town.”