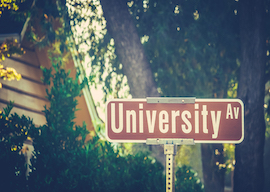 One of the less remarked-upon gender gaps is in college attendance: Young men have fallen far behind young women. Males now make up only 43 percent of college students despite continuing to earn slightly higher average scores on college admission tests.

Perversely, journalist Paul Tough’s much-praised new book, The Years That Matter Most: How College Makes or Breaks Us, calls for America to worsen this inequality by dumping the SAT and ACT for being biased toward boys.

One important fact that Tough points out is that prestigious colleges have vastly more money to spend per student than do less famous colleges. Although list-price tuitions at private colleges are virtually the same (and the average private student now gets a 51 percent discount as “financial aid”), the famous colleges receive immensely larger gifts, so they have far more to lavish upon their students.

Consider Harvard (which, perhaps not coincidentally, took the lead in developing the modern testing system in the 1930s and 1940s).

In 2013, the president of Harvard, Drew Gilpin Faust (or Doctor Faust), announced a $6.5 billion fundraising goal, the most ambitious campaign in higher-education history. But when it was over, Harvard had raised $9.6 billion. (It’s almost as if Harvard is adept at picking applicants who, decades later, will write giant checks to Harvard.)

So, in the unlikely event that you get a chance to go to Harvard rather than to Directional State U., you might well consider it. For example, if you run into a rough patch, Harvard has the resources to help you avoid flunking out. And if you are thriving intellectually, Harvard has all sorts of delightful amenities for the best minds.

In turn, some lucrative careers such as consulting and investment banking don’t recruit much at non-rich colleges.

“At present, the ideological winds are blowing toward abolishing testing rather than reforming it.”

By the way, this history suggests one reason Harvard gives advantages in admission to legacies and athletes in minor sports. I strongly suspect that donors who write eight-figure checks to Harvard tend to be some combination of:

(3) Competed on a minor sports team like rowing or squash; and

(4) Now wants his daughter or son to go to Harvard.

I had hoped that Tough would have gotten access to the secret statistical models that colleges have created of who donates and who doesn’t, but he doesn’t seem to realize that they have studied this.

Strikingly, Caroline Hoxby, a black economist at Stanford, is more or less the villainess of Tough’s book. She did a study with Christopher Avery of lower-income students with high test scores. Hoxby found that urban high scorers often applied to prestigious colleges. But, Tough writes:

Who are these overlooked smart high schoolers?

These students were more likely to live in small towns or rural areas in the middle of the country and to attend schools where they would be one of only a few high-achieving students. They were also significantly more likely to be white; 80 percent of them, in fact, were white, compared to just 45 percent of the achievement typical students.

In other words, this country’s most underprivileged reservoir of underutilized talent is Red State white boys.

In the U.S., undergraduate admissions are generally “holistic,” meaning that the admissions committee gets leeway in weighing factors such as high school grade point average, scores on various national exams, sports and other extracurricular activities, recommendations, essays, legacy status, parental donations, and so forth.

Standardized testing has always been the most controversial factor, despite or, more likely, because of it being somewhat more objective than the other inputs.

At present, the ideological winds are blowing toward abolishing testing rather than reforming it.

Tough, for example, is much agitated about the inevitable fact that some college applicants have higher test scores than grades while others have higher grades than test scores. He tendentiously labels the former “inflated SAT score students,” although one might with equal justification call the latter “inflated GPAs.” After all, one purpose of having national tests is to provide an objective measuring stick because grading standards differ from high school to high school and even from class to class within a school.

But Tough can tell who are the undeserving. Just look at them!

In other words, smart kids who don’t earn as many A’s as they might have in high school tend to be male, white or Asian, and have well-educated and/or prosperous parents. Many of them flop in college, but more than a few come into their own in higher education.

Of course, that’s because, on average, rich kids attend schools with more rigorous grading standards than do not-rich kids.

And, because boys get modestly higher test scores than girls while girls get higher high school grades, he assumes that must be because boys, who on average don’t do as much homework as girls, must instead be slaving away at test prep. (What other explanation could there be? It couldn’t possibly be that smart girls tend to be more dutiful and conformist in high school.)

Instead of tests, Tough argues, colleges should make admissions fairer by relying even more heavily on high school grades, essays, recommendations, and extracurriculars.

Does this make sense?

As you’ll recall, there was much excitement earlier this year over the revelation that Desperate Housewives star Felicity Huffman had paid $15,000 to hire a ringer to impersonate her daughter in taking the SAT.

But this kind of Ted Kennedy-style impostor fraud on a college admission test is no doubt rarer, at least in the U.S, than a high school student getting help on doing a science project or in writing the Me Essay for a college application. (Who knows what goes on at tests in the Wild Wild East of Asia, though?)

Of course, Asians get, by far, the highest test scores of all, and have been widening the gap in this century. But Asians don’t come up all that much in The Years That Matter Most. They tend to confuse The Narrative.

This country needs to reform testing, to get it back to doing the job it did fairly well in the past. But few are interested in discussing how to fix testing because that would require honesty, which tends to get you canceled these days.

If, instead, admission testing were eliminated in a fit of ideological pique, the smart folks at Harvard would no doubt quickly figure out some work-around and Harvard would continue to prosper, as it has done for almost 400 years.

The rest of us, however, are neither as clever nor as rich, so we would less be able to afford the consequences of doing such a stupid thing.