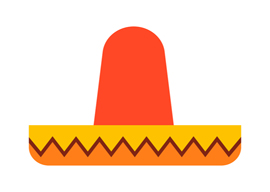 I can”t believe I have to write about “cultural appropriation“ again/now/anymore. But as another Clinton veers toward the White House, and a new Blair Witch movie debuts, why shouldn”t the Permanent Floating Nineties Revival embrace the other accoutrements of that decade, especially the asphyxiating political correctness that never did go out of style?

And why did we blithely presume it would? While we grown-ups were assuring each other that PC was just an irksome craze, millions of infants lacking our built-up resistance were exposed to the disease. Now these spawn”known as millennials”are, if not quite “adults” by our standards, physically mature and, alas, capable of something resembling speech.

Earlier this month, novelist and self-described liberal Lionel Shriver (she won the 2005 Orange Prize for We Need to Talk About Kevin) addressed the Brisbane Writers Festival. Her must-read opening keynote wouldn”t have looked out of place here at Taki’s. In Friday’s New York Times, she explains:

Briefly, my address maintained that fiction writers should be allowed to write fiction”thus should not let concerns about “cultural appropriation” constrain our creation of characters from different backgrounds than our own. I defended fiction as a vital vehicle for empathy. If we have permission to write only about our own personal experience, there is no fiction, but only memoir. Honestly, my thesis seemed so self-evident that I”d worried the speech would be bland.

Hardly, and not just because Shriver, having mocked that American college where students were “offered counseling“ after a handful of their peers wore sombreros as party hats, wound up her talk by shoving one onto her head.

Alas, a 25-year-old hyphenated female of African extraction”an “engineer and memoirist,” yet”missed that part. She stomped out of the auditorium twenty minutes in, although not before stage-whispering to her companion, “How is this happening?” (despite the dearth of boxcars or slave ships lingering in the immediate vicinity).

Anyhow, the poor thing recovered herself sufficiently to write a Maoist cri de rate (in, of course, The Guardian) denouncing Shriver as a reactionary, imperialist, colonialist blah blah so sleepy zzzzzzzz…

This gal’s cant-stuffed conniption, virtually indistinguishable from the SLA’s Patty Hearst ransom note, spurred one of those “dialogues about race” we”re always supposed to be having even when we”re already having one (or twelve).

Now, while all this was going on”well, first I have to explain the Tragically Hip.

I apologize in advance.

Foreign ears will likely mistake the Hip for a fairly capable R.E.M. cover band”very “Stuff White People Like,” nothing more. But up here during, yes, the 1990s, college students got maudlin drunk on this group’s unsingable songs, in part because the only words you can make out are Canadian place names and slang terms, and there will always exist a particular variety of parochial”the type who otherwise despises “patriotism””who inevitably finds that sort of thing weirdly…I don”t know if “flattering” is quite the word, but it will have to do. It helps that, off stage, the Hip promote the usual “progressive” bunkum.

And yet, I”ve been duly informed, they are “Canada’s Band.” The announcement on May Two-Four that lead singer and songwriter Gord Downie had fatal brain cancer meant, for me, that (forget what I wrote last week) his gnomic lyrics finally had a pretext, and for everyone else, that the band was embarking on a national farewell tour.

The media covered every aspect of this cross-country excursion with that cloying, breathless boosterism normally reserved for the Olympics. Except even the Games” critics are allowed to voice their dissent, and not a discouraging word was permitted as the Tragically Hip traipsed across the country all summer, their “songs” blaring on the radio even more than already demanded by CanCon.

The CBC broadcast their final gig live, calling it “an honour and a privilege.” Prime Minister Zoolander (later conspicuously absent from any 15th-anniversary commemorations of 9/11) attended, of course. Maclean’s put Downie on the cover of a special issue and devoted dozens of pages to the tour, analyzing each set list and quoting fans declaring the Hip’s songs “the soundtrack of our lives” and Downie “a genius” and a “shaman” and a “saint.”