Trapped in the Closet 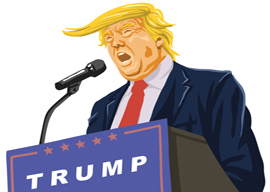 “Everything in our age conspires to turn the writer, and every other kind of artist as well, into a minor official, working on themes handed down from above and never telling what seems to him the whole of the truth.” —George Orwell

What was true about this in the 1940s is true today. There is now an atmosphere of intimidation and self-censorship that is forcing a number of people, not just right-wingers, into a kind of ideological closet. They don’t feel they can speak their mind or step out from these grim left-wing orthodoxies and the lobby groups that see to it that no “dark truths” are ever spoken. It makes for a nervous situation. To shift to a Disraeli gear: “Something unpleasant is coming when men are anxious to tell the truth.”

Last month the writer Jay Caspian Kang nearly had a political “coming out” on Twitter when, responding to a New York Times article about how the performative hothouse that is left-wing journalism was turning people right, he wrote the following tweet (which he’s since deleted):

The gap between what media ppl discuss online and what they say in group texts is so wide that any reasonable person who looked at it would say that 90% of nyc media has been severely red pilled and cannot express their actual opinions.

For those who don’t know, “red-pilled” is a kind of right-wing version of being “woke.” (Our political divisions are so deep that even our euphemisms for intellectual enlightenment have become partisan.) This kind of suffocating public lying that Kang mentions, where both intellectuals as well as the Twitterverse lumpenintelligentsia profess to love what they hate, and hate what they love, in order to advance themselves or avoid criticism, has historically more in common with communist societies, where knowing and mindlessly repeating the party line was crucial for self-preservation.

“It should be noted that it was Donald Trump’s first major political achievement to get Americans to speak their minds again.”

Of course, it’s not coincidental that liberal democracy should now resemble communist societies. In one of the best books I’ve read in recent memory, worth quoting at length, Ryszard Legutko’s The Demon in Democracy, the Polish author compares the type of censorship he remembers from communism to the kind that passes in liberal democracies today:

The characteristic feature of both societies—communist and liberal democratic—was that a lot of things simply could not be discussed because they were unquestionably bad or unquestionably good. Discussing them was tantamount to casting doubts on something whose value had been unequivocally determined. Under communism, one could not discuss the merits of idealism because by definition it did not have any, or the leading role of the Party because such a role was indubitable, or the good sides of Marxist revisionism because the revisionism had only bad sides, or the controversies over planned economy because there was nothing uncontroversial in it, and many other things that the doctrine declared clearly right or clearly wrong. In a liberal democracy, the degree of freedom is much larger, but even so it seems to be shrinking at a frightening speed. Some concepts are so value-loaded that they permit no discussion, only unconditional praise or equally unconditional condemnation: tolerance, democracy, homophobia, dialogue, hate speech, sexism, pluralism. They therefore serve either as a stick to beat those who are not docile enough, or the ultimate form of laudation. For the majority of people there is no other way but to follow the orthodoxy and to watch one’s language. Because the power of ideology increases, one should be more and more careful about the language one uses. The language discipline is the first test for loyalty to the orthodoxy just as the neglect of this discipline is the beginning of all evil.

You can see an example of this with the buzzword “diversity.” What is even the antithesis of diversity? Is it uniformity? Homogeneity? We don’t usually hear of it because there is no discussion or nuance, just “diversity = good” with no sense of proportion, trade-offs, diminishing returns, or anything else that you might need in an adult conversation about anything. We’re in the world of “four legs good, two legs bad.”

So the West is currently in the grip of the genre of propaganda and censorship that prevailed under communism, but it’s being done, at least right now, without official struggle sessions (although Twitter denunciations resemble them) and many of the other features of official communism. Again, Legutko explains how this could be so:

It is therefore more than natural that both systems identified existing structures with human ideals. Communism was social justice, and social justice was communism. This marriage between the system and the ideal gave birth to a peculiar type of mentality, inadvertently prone to political moralizing.

Most social justice warriors aren’t aware that most of their agitation is moralizing, and usually of the more bullying sort. Decades of the hypocritical slogan “You can’t legislate morality” (because that would be wrong?) left a vacuum, and now it’s finally being filled by immoral moralizers. The same people who mocked politeness, decency, and civility as being oppressive bourgeois constructs now say that political correctness is “just about being polite.” As if we can all agree what politeness is! And who appointed them Miss Manners, anyway?

And so the rebellious class clowns, believing themselves to now be society’s teachers, suddenly believe in moral education. They see themselves as endowed with the certain unalienable right to tell everyone how to live. You and I, and the rest of society? We’re all students in a class we never asked to be enrolled in. Hence the trendy phrase, seemingly popularized by Obama early in his first term, that something was a “teachable moment.” The subtext to most of their online struggle sessions seems to be, if you’ll let me quote a Tom Hanks film, “I am the captain now.” It was with good reason that Churchill called the Communist Russians “a gang of ruthless and bloody-minded professors” (emphasis mine).

We see this same dynamic in Hollywood, where leftists spent decades crying about the intimidation and blacklisting of communists, and maybe even a few liberals, during the McCarthy era, but that has easily been outdone by the left’s blacklisting and bullying of conservatives in Hollywood since. If Woody Allen isn’t busy, or has finally blacklisted himself for sordid #MeToo allegations, perhaps he could update The Front.