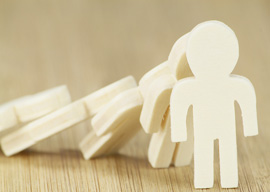 I’d reckon that if you had to undergo four different above-the-neck surgeries on the same morning, you’d probably lie low for the next week, recover, and take all your pain medication while watching TV.

But I’m not you, so I decided to have a little fun with it.

For years I’ve been making the argument that leftism is little more than cowardly sadism thinly cloaked under a bullshit veneer of tolerance and compassion. Fifteen years ago I was attacked three different times on Portland’s streets by a group of anti-racist skinheads who are documented police informants and are given carte blanche by the city’s powers-that-be to launch violent mob attacks on anyone they label a “Nazi.”

In a recent feature story on me, a Portland writer who usually reviews local burger joints referred to these skinheads merely as “anti-racist activists,” despite the fact that they’ve been putting people in the hospital for decades with impunity and their group’s leader wriggled out of a murder beef by ratting on a member of his own gang. The level of dishonesty and cowardice from these conformist liars is staggering to behold. While getting pats on the back from local Portlanders for his “brave” story, suddenly the burger reviewer wasn’t nearly so brave after I invited him to come onto my podcast to address the numerous inaccuracies in his story. The same happened with an editor of Counterpunch, who in the article called me an idiot and bragged to his friends about confronting me—right up to the point where I requested he come on my podcast to actually confront me. Someone needs serious work on his counterpunching skills.

It’s so hilariously typical and pathetic. But it wouldn’t concern me in the least if these armchair sadists didn’t have the full weight of media, law, and academia behind them.

“Since modern leftists either lack the honor, honesty, or intellect to ever respond to my arguments, I’ve found it’s sometimes more effective to hoax them by playing to their sympathies.”

Earlier this year when Richard Spencer was sucker-elbowed by some masked lard-ass coward who then fled the scene, this was not widely seen as the bitch move it was—instead, it was touted as heroic and led to the widespread idea that punching “Nazis” is not only righteous, it’s a moral obligation. It doesn’t matter that the video shows that fifteen seconds before being attacked, Spencer said he wasn’t a Nazi and that Nazis don’t like him—all one seems to need these days is the allegation, and you’ll pretty much get a Medal of Honor even for murdering one of these “Nazis.” A recent poll found that 51% of self-identified “strong liberals” feel that it’s morally acceptable to punch Nazis.

Apparently those polled weren’t asked whether it’s morally acceptable to tag anyone whose political opinions offend you as a “Nazi.” Have you noticed that they hardly ever use the word “racist” anymore? Apparently, rampant overuse has caused that word to lose its sting. Now, all you have to do is say you agree with some of Donald Trump’s policies, and you’re either a “fascist,” a “white supremacist,” or, hell, flip all the cards and go straight to “Nazi.” This way, they can conveniently isolate “racism” solely among white people and ignore all the genocidal things nonwhites say about crackers.

For years I’ve also said that the left is entirely incapable of rational debate. The main reason for this is that their fundamental premise—all groups are equal, except for whites, who are uniquely evil—is laughably juvenile and easily ripped to shreds within three minutes. And this is the main reason leftists take the “no-platforming” route—better not let any of these “Nazis” speak, or reasonably minded people would realize very quickly that the left’s premises are based on quicksand—nothing more than wishful thinking, pipe dreams, and a totalitarian thirst for power and control. And this is why over the years they’ve become increasingly violent and intolerant of even allowing “Nazis” to breathe. Even a goofball, paper-tiger attention whore such as Milo Yiannopoulos—a gay Jew who just married a black guy and counter-signals against “Nazis” even more ferociously than he attacks the left—gets tagged as a “Nazi” and becomes the subject of psychotic “Punch a Nazi” video games.

Since modern leftists either lack the honor, honesty, or intellect to ever respond to my arguments, I’ve found it’s sometimes more effective to hoax them by playing to their sympathies. In the early 90s I was publishing a magazine that got heaps of attention. Others in the “zine” world had initially praised the magazine to high heaven—that is, until it started getting more attention than the rest of them combined. Suddenly, I was a talentless racist hatemonger who needed a savage piss-take.

I responded by publishing a hoax zine ostensibly published by interracial Kentucky lesbians who claimed they were being harassed by local rednecks. I made the magazine as incoherently horrible as possible to match the sloppy “DIY” aesthetic of the time. I also inserted an essay attacking me and my magazine, then had a friend in Kentucky send it out to all the naysayers. To the very last person, they all praised these interracial dykes for their talent and bravery in putting those racist, sexist, homophobic Goads in their place. To this day, the Chocolate Impulse hoax is one of my proudest achievements.

Nearly a quarter-century later, I still find that the left couldn’t make a simple argument if their lives depended on it. And they are still very cowardly in their sadism. In fact, it’s worse than ever.  Time for another hoax.

I’ve had trouble sleeping for years, which leads me to act even pricklier than I normally am. I had a sleep study done that determined I had severe obstructive sleep apnea—I stopped breathing 119 times over the eight hours I was asleep and hooked to wires. Over the summer I went to see an ear, nose, and throat specialist. Here are the doctor’s papers regarding my preliminary diagnoses—chronic sinusitis, obstructive sleep apnea syndrome, hypertrophy of nasal turbinates, and a poor abused septum that was both deviated and perforated.

My surgeries were scheduled for Halloween morning. In the post-op room, I took a picture of myself with bloody gauze under my nose. I purposely made my best “wounded puppy” face and had a friend add some “bruising” to my nose and eyes via Photoshop. Later that day, looking mighty ebullient after such extensive surgery, I snapped a photo of myself grinning ear to ear and announcing it had all been a prank.

Then I posted the “extra bruising” photo on Twitter with the following caption:

Orwell’s America, where you can’t express an unapproved opinion without being attacked. Taking an indefinite break from social media.

I was initially surprised about the outpouring of support. People wished me well, vowed vengeance against my presumed attackers, and even offered food and legal advice. One kindly soul slipped some money into my PayPal account to help cover medical bills, which I promptly refunded without explanation. I feel compelled to offer a blanket apology to all supporters who were initially fooled by this prank, but the way Twitter is structured, I couldn’t fool the sadistic “fash-bashers” without fooling supporters, too. But it warmed my heart’s cockles to learn that so many of you really, really like me.

The first wide-open gloating about the idea that I got my face smashed in for expressing an unacceptable opinion came from 4chan. Since that message board—which probably helped elect Trump more than any other single online entity—is entirely anonymous and often layered in several levels of “meta,” it’s hard to tell whether or not the following comments were sincere or ironic:

Oops! Another Nazi just got humbled. Jim Goad got his face beat the fuck out.

Just a daily reminder to the fash [fascists] on here, you will not be tolerated outside the comfort of the internet. There are real life consequences to your hate speech. No fucking pasaran.

I guess you can say he got what he deserved for what he said.

He literally just retired. He’s shook up. The fash tend to cower when their bigotry gets confronted.

literally what can you guys do?

Someone punched a nazi, he no longer posts on social media. I’ve effectively shut down that toxic speech through violence. And there’s nothing you can do about it

You faggots should realize the worlds moved on now. There are things that just aren’t acceptable in our society. Supporting nazis and white supremacists are just one of them.