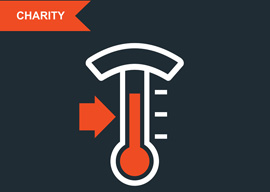 I”ll just come right out and say it”in my column two weeks ago, in which I interviewed three well-known Trump diehards”I straight-out lied to my readers. But I am coming clean. One of my interview subjects, Margaret MacLennan, had recently left her position as director of Milo Yiannopoulos” “privilege grant” (the scholarship program for “white men who wish to pursue their post-secondary education on equal footing with their female, queer and ethnic minority classmates”). In my column, I stated that I had no idea why Milo and Margaret ended their partnership. In fact, I knew exactly why, and I”d known the truth for a good three months, but I had to pretend that I didn”t, in order to keep a confidence.

The actual story behind the breakup is not only interesting but rather instructive at this moment in time, so I”m glad it broke on its own the week my column posted, as the process of sitting on it for so long was starting to give me a mightily sore ass. And what a great segue to Milo. You see, it turns out there are a few improprieties regarding the money the self-proclaimed “dangerous faggot” raised for the “grant” program. As in, somewhere in the neighborhood of $350,000 seems to have vanished.

From the Daily Beast:

The fund’s troubles came to the surface on social media this week in a public spat between the two proprietors of the operation, Yiannopoulos and Margaret MacLennan, a self-described “Canadian conservative” YouTube personality who she said was tasked with running the grant. MacLennan alleged in a tweet that Yiannopoulos was transferring money intended for the grant to a personal account. MacLennan posted a screenshot of the alleged transfer to bolster the claim, sarcastically stating, “We all know I clearly profited from donations to the Grant.” She claimed to The Daily Beast that this was for the purpose of transparency. The screenshot was of a document given to donors that provided instructions for wiring money into Yiannopoulos’s bank account (PDF).

The Beast pointed out that Yiannopoulos “also faced a high court order in the U.K. for unpaid wages to workers for his startup blog “The Kernel” in 2013. “All of my very best ideas start as mischievous jokes because they will wind up the right people,” Yiannopoulos boasted about the project back in January. This time, it may have wound up the wrong ones.”

Earlier this week Blaire White, another YouTube personality who participated in the telethon [to raise money for the grant], complained about uncertainty over the fund, tweeting that she felt duped. “People need an explanation. Tons of money collected.” A Reddit thread published on Wednesday alleged Yiannopoulos funnelled donations into his business Caligula Limited, which is now defunct.

As comforting as it might be to write this episode off as another example of the “lamestream media” targeting a fearless right-winger, the sad truth this time is, the story’s no invention. The people closest to Milo have been panicking about the real or perceived misappropriation of funds for months now. And apparently even the publicity from the Beast and Guardian pieces hasn”t prodded Milo to soothe his former and remaining cohorts” anxieties. As young MacLennan told me a few days ago, “The story’s been out for almost a week now and still…other than words there is no movement on showing that the grant’s charitable paperwork has been started. It’s always “next week, next week.””

“It has to be asked: Did the trolls get trolled?”

Well, damn, if you can”t trust a contemptuous, publicity-seeking, sociopathic narcissist who indulges in every opportunity to publicly proclaim his love of “black dick,” who can you trust?

Arriving on the heels of the Yiannopoulos debacle was the softening of Donald Trump’s immigration policy. Of course, publicly, the Trump faithful seem hesitant to describe it as a softening. Trump’s national spokeswoman, Katrina Pierson, remarked during a panel discussion on CNN last week that her boss “hasn”t changed his position on immigration; he’s changed the words that he is saying.”

Or as Nancy Pelosi might put it, it isn”t a tax increase, it’s merely eliminating a tax decrease.

Double-talk aside, most Trump diehards I know are not pleased with the softening. When you”ve spent over a year championing a man because he “tells it like it is and doesn”t give a damn what anyone thinks,” it’s a tad difficult to suddenly pivot to “Good for him! He’s moderating his views and watching his language so as not to offend.” Trump’s apparent compromise with his faithful, “no mass deportations, but you”ll still get your wall,” will probably mollify most of his devotees for the moment. At least the ones who aren”t balls-out alt-rightists. Because for alt-rightists, the deportations were the key to making America whiter again. What’s the point of having a wall (with a “big beautiful door,” as Trump has promised) when a majority of the at least 11 million illegal brownies already here get to stay and make anchor babies and habla in their damned espaÃ±ol. They were all supposed to go. That was the deal! That’s what we were promised!

Just like the people who were promised an actual scholarship program in return for their donations to Milo. See, here’s where the two stories tie together. The members of the alt-right pride themselves on being masterful trolls. It’s their thing! But now it has to be asked: Did the trolls get trolled? Did they get totally trolled by Milo with his snarky pro-white scholarship program? And did they get trolled by their own Great Leader, who won their confidence with promises of Mexicans being scooped off the streets by front-loading dump trucks, Soylent Green-style, only to flip-flop and announce that “the good ones” should be allowed to remain?

Yet another ominous sign last week for the alt-right was the fact that National Review/PJ Media scribe Michael Walsh (a.k.a. David Kahane) has decided to declare war on the NeverTrumpers (or as he so creatively calls them, “NeverTrumpumpkins”…what a wordsmith!). I”ve written about Walsh before, because, when it comes to being taken in by trolls, he’s probably the single most susceptible pundit on the right, having been fooled by mentally ill internet troll Joshua Goldberg an amazing six times. And now, after having declared during the primaries that Trump is a troll, Walsh has decided that nope, he’s not, and he deserves our support. This is by far the best meta-joke of the season. Michael Walsh, a man who is practically incapable of not being fooled by trolls, labels Trump a troll, only to change his mind and declare Trump legit, thus almost certainly proving his initial claim, because the hallmark of a good troll is the ability to fool Michael Walsh.

If Trump is a troll, how did so many on the alt-right get taken in? And by Milo, too”a man they were actually warned in advance not to trust. Well, some of it has to do with the fact that the right in general, and the alt-right especially, have a gullible streak that is laid bare every time a far-rightist gets duped into posting a story from a phony website on Facebook. Which pretty much happens about once a minute. The left falls for fake stories too, but honestly, not as much. And it has nothing to do with leftists being smarter or more discerning (which they are certainly not). It’s just that those on the left are adequately serviced by the mainstream media. The MSM, every hour on the hour, reflects and encourages the biases, hatreds, presumptions, falsehoods, and paranoia of the left. There’s no need for leftists to go foraging for obscure, unknown political websites; they get their daily BS from the big three networks, CNN, MSNBC, almost every major daily newspaper, the Huffington Post, Salon, and Facebook’s trending stories. Those on the right are more likely to seek comfort in bizarre, unknown, and unsourced WordPress sites, many of which are set up to intentionally trick their gullible readers.

But beyond the right’s susceptibility to trolls and scammers, there’s a larger, nonpartisan reason people will almost assuredly continue to give money to Milo, just as those same people will continue to support Trump. The troll (and his close cousin the con artist) can”t function without the true believer. Where there are true believers, there are trolls and scammers, just as where there are chickens, there are foxes and coyotes. This principle is color-blind and nonpartisan. The obsession among blacks for slavery “reparations” has led to a cottage industry of blacks scamming other blacks with phony reparations schemes. This is merely a vulgar incarnation of what Milo is accused of having done. Milo’s scam”if indeed it turns out to be a scam”is better, because whereas the reparations cons promise financial return to the mark, the “privilege grant” promised nothing to the investor beyond pure ideological morphine. That’s the feeling of pleasure that courses through a true believer’s veins whenever he believes he’s striking a blow against the “other side.” The genius of Milo’s scheme is that he didn”t guarantee anyone a profit. He simply promised good “feels.”