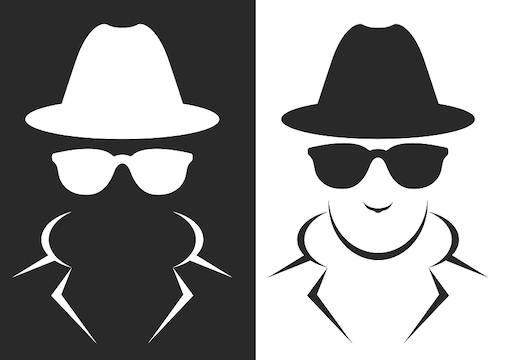 Lemme tell ya a story ’bout a guy named Irv Rubin. Ran a little something called the Jewish Defense League. The JDL was dedicated to battling the “enemies of the Jewish people,” which sometimes meant Ay-rabs, sometimes “neo-Nazis,” sometimes anti-Zionist Jews, and sometimes Holocaust revisionists.

Rubin was the original “bear Jew.” Tall, strong, with a face resembling a rock quarry, he was an imposing fellow. Fearless, too. Unafraid to fight, happy to take a punch if it meant he could dole out twenty in response. Yet for his imposing bulk, the guy could “skate” with the grace of a Disney on Ice fairy. Dude “skated” every legal threat he ever faced. Murder charge? Dropped. Solicitation to commit murder? Tried and acquitted. Car bombings? House bombings? Extortion? Arson? Nothing stuck.

In December 2001, Rubin and his main JDL cohort Earl Krugel were arrested by the FBI for plotting to blow up a Saudi-backed Culver City mosque as revenge for 9/11. Krugel was no stranger to me; he once threatened to murder me during a TV interview. The point being, I knew both of those men. The bomb plot was not out of character for either of them. It was unrealistic to think that an event like 9/11 wouldn’t drive Rubin to seek revenge; he’d been accused of killing people over far more trivial matters. But this time, there’d be no skating. The government had an informant: a Jewish kid named Danny Gillis, a U.S. Navy vet who’d been Rubin’s protégé.

Why’d Gillis become an informant? According to him, beating up David Cole was one thing, but blowing up a Westside mosque OKC-style was too much. Kids would die, and the blowback would sink the JDL for good. Rubin’s defense team countered that Gillis wanted to oust Rubin and take control of the JDL for himself, so when Rubin and Krugel suggested blowing up the mosque, Gillis ran to the feds out of self-interest.

The FBI wired Gillis for a number of meetings, most with Krugel, some with Rubin. Rubin died in jail before his case could go to trial. Krugel took a plea, as the audiotapes proved that he was an active instigator of the plot.

As news of Rubin and Krugel’s arrest spread, I heard from hundreds of friends and well-wishers on the far right with comments like “Yay! The FBI finally got ’em! Hooray for informants!”

The definition of an informant who’s a hero: “He informed on someone I hate.” The definition of an informant who entraps: “He informed on someone I like.” Sure, there’ve been instances in which informants or undercover operatives have been accused of unduly influencing weak-willed or vacillating targets, but that was not the case with Rubin and Krugel. No one could “lead” them to jack shit. They were stubborn and strong-willed.

Unlike MAGAs, apparently. Tucker Carlson’s new defense of the 1/6 rioters is that these weak-minded little man-children were “made” to storm the Capitol by a mere “almost two dozen” (Tuck’s figure) “FBI operatives” who forced a crowd of as many as 800 MAGAs—who possessed no will of their own—to do something they otherwise wouldn’t have done. The MAGAs were not to blame—a few FBI infiltrators made ’em do it!

There’s so much wrong with that, I don’t even know where to start.

“People like Carlson are manipulating the right so that it defends what it should be opposing.”

First, let’s say Tuck’s right, and the Capitol stormers were so feeble-minded, so easily led, so incapable of independent thought or action, that roughly twenty operatives could manipulate 800 of them into marching as one into a trap. Good God, those imbeciles are liabilities! Why act like they have anything of value to contribute? You really want such manipulable simpletons as allies?

MAGA: chasing a laser pointer off a cliff like a brain-damaged cat!

But Tuck’s not right. He bases his “FBI did 1/6” trutherism on a report by the Trumpist site Revolver, but being Tuck, he can’t even bring himself to faithfully relay what that report actually says, which is fishy enough without embellishment. In a nutshell, the Revolver piece starts with one unproven assumption—that people listed in various 1/6 indictments as “unindicted co-conspirators” (UCC) are FBI operatives—adds an even worse one—that parties listed in the indictments as “persons” are also FBI operatives—and tops it off with a third assumption—that those UCCs and “persons” influenced the course of events on 1/6 to the extent that without them, the MAGA angels would’ve never entered that silly ol’ building.

At least Revolver admits that these are unproven assumptions. The UCCs and “persons” might be cooperating witnesses or unknown parties or true believers–turned–informants (like Danny Gillis) or simply people not yet charged. But that didn’t stop Tuck from claiming that the Revolver report proves that “FBI operatives were organizing the attack on the Capitol on January 6” and “the insurrection was, by the government’s own admission in these documents, organized, at least in part, by government agents.”

That’s an outright lie. A double-decker lie: Tuck’s lying about 1/6 and he’s lying about what the Revolver report says about 1/6. There’s zero proof that the unnamed “persons” in the indictments are “FBI operatives,” and as the WaPo pointed out, even the most cursory research shows that one of the “persons” Tuck claims was an “FBI operative” is in fact the wife of one of the Capitol defendants…and damn Tuck to hell for giving the WaPo a legitimate dunk.

Indeed, everyone on the left has been successfully dunking on Tuck for his bullshit sandwich. Which begs the question, why has he gone so far out on a limb over this particular demonstrable falsehood?

You might as well ask why the left spent 2020 making excuses for its rioters, for the Antifa terrorists and BLM thugs (FUN FACT: In September 2020, Tuck’s beloved Revolver claimed that police have a “moral duty” to shoot BLM and Antifa rioters dead. Rioters must never be “coddled,” the site said…unless they claim “the FBI made me do it!”).

Tucker Carlson is Al Sharpton with a Howdy Doody haircut. It’s not the rioters’ fault; whitey made ’em do it! The FBI made ’em do it! Blacks have no agency, and neither do MAGAs. I personally know, and Tuck personally knows, die-hard MAGAs who openly brag about how storming the Capitol was their idea and their goal, just as Sharpton knows plenty of blacks who riot, loot, and create mayhem because they wanna, not because whitey forced ’em to. But to deceivers like Tuck ’n’ Al, it’s never about what’s real. These hucksters make their fortune by appealing to the tribe. And when the tribe does something stupid, you excuse it. And should a member of the tribe fall while doing something stupid (Michael Brown, George Floyd, Ashli Babbitt), you hail them as a martyr.

Now, I can hear one or two of you saying, “Well, shit, we’re just doin’ what they do. The left dun started this tribal war, we gonna finish it.” Because that’s how some of you think; you envy the left’s license. But you’re missing a key point: The left’s defense of riots and lawlessness is in the service of its long-term goals. There’s a plan backed by the billionaire philanthropists like George Soros who silently control the grassroots. Normalizing riots, excusing rioters, demonizing law enforcement…when leftists do that, it’s either because they’re purposely advancing an agenda, or they’re tools of those who are purposely advancing an agenda. But the bottom line is, there’s an agenda.

When rightists try to ape the left’s defense of riots and lawlessness (using the exact same clichés: “We have no other means to express our grievances!” “Riot is the language of the unheard!”), the outcome is self-defeating. It does not help the right, it only helps the left. The Soros agenda of anarcho-tyranny needs opposition, not opportunists like Carlson echoing its talking points (“the peaceful rioters were misled by a few bad apples”). Soros deceives because he has a grand vision. Carlson deceives because a bunch of his viewers who’ve developed an imaginary personal relationship with an egotistical failed ex-president like having their dicks stroked.

Eight hundred blacks riot? The left will say, “It was a peaceful protest. The violence was caused by agitators!” And that’s Tuck’s exact excuse for 1/6; he spews BLM propaganda repurposed for the right. And who could possibly be more pleased with Tuck’s apologia than Soros? At a time when the single greatest need in America’s cities is a unified opposition to riots, lawlessness, and the excusing of criminal behavior because “it’s not their fault,” the continued and obsessive desire to defend 1/6 has backed rightists into a corner where they’re now the ones defending riots and lawlessness and they’re the ones excusing criminal behavior because “it wasn’t their fault.”

The GOP needs to resurrect its image as the no-nonsense no-crime party, but people like Carlson are manipulating the right so that it defends what it should be opposing.

And no one’s grinning wider than Soros. You wanna talk about “inside jobs,” Tuck? “Undercover operatives”? What’s more realistic: that 800 MAGAs were “forced” to storm the Capitol by twenty scattered “unnamed persons,” or that Soros has a guy on your staff writing your copy?

Maybe you’re the mole, Tuck. As you love to say on your show, “I don’t hear you denying it!”

It’s time to cut the 1/6ers loose. By all means, fight against the cruel and unfair treatment meted out to them (like perpetual solitary confinement). But stop defending their actions. A bunch of dummies did a dumb thing; accept it and move on. Stop catering to those walking liabilities. Not just the Capitol stormers, but the several thousand mouthbreathers who, along with Rep. Louie Gohmert, gathered in Dallas on Memorial Day Weekend to drool over Lin Wood and Sidney Powell, two criminal frauds who shoulda been run out of town on a rail eight months ago.

Cut the cord. 2016 MAGA wasn’t about performative cosplay idiots. It was about steelworkers, auto workers, crime victims, and ordinary folks who don’t want to see America become a Third World shithole. The flamboyant attention-seeking self-destructive tards of 2021 MAGA have made it all about themselves, and the entire right seems willing to sink with that millstone around its neck.

Sink if you must, but know that you’ll likely be taking the nation with you.