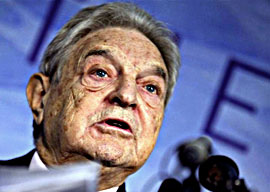 An eager litter of two dozen or so suckling prog-pups calling themselves “Patriotic Millionaires” scampered playfully into Washington, DC, on Wednesday, barking and howling at Congress to please tax them more. Legally, they could have quietly donated every remaining cent of their fortunes to the US Treasury if that’s what they really wanted to do. This, though, seemed more of a performance-art project about how some members of the oft-reviled “1%” have no qualms with kicking in their “fair share” and giving further silicone injections to the government’s world-famous teat.

It’s refreshing to see leftists finally admit they’re rich. Politics is the whimsical sport of capturing a gullible public’s minds like butterflies in a net, and the meme-gurus of the political “left”—roughly defined as those who favor more government—have performed a masterful job of hoodwinking the nation’s blinkered info-consumers into believing it is exclusively the evil capitalistic private-sector greed-sharks on the “right” who are backed by corporations, big money, and the pheromonal stench of “power.” What’s fascinating is that this seductively successful message is largely being transmitted by people who are themselves backed by corporations, big money, and every imaginable sort of financial and political power. Leftist politics are a Möbius strip of exceedingly wealthy messengers railing against “the wealthy” while getting wealthier in the process.

Urban coffee-shop legends have emerged over the past few years about sinister right-wing capitalist think tanks’ poisonous cash injections that have forever corrupted the political process—perverting democracy, subverting equality, and hurting feelings from coast to coast. For example, did you know that in 2002, Evil Right Wing Goyishe Oligarchs Charles and David Koch spent over a million dollars to fund public-policy institutes?

Then again, if you want to get technical, that’s only three percent of what the left-leaning Ford Foundation threw at public-policy institutes in the same year. If one were to, say, have a boulder fall on their head that impelled them to do something crazy such as research the real high rollers behind political contributions, you’d see one pedigreed capitalist Cap’n of one famous financial battleship after the next. There’s the aforementioned Ford Foundation, along with the Mott Foundation, both of whose riches were derived from the auto industry; the Rockefeller Foundation and Pew Charitable Trusts, both floating atop oceans of oil; the Carnegie Corporation, erected on pyramids of steel; Heinz Endowments, whose revenue was squeezed from Big Ketchup; the Bill and Melinda Gates Foundation, which made billions from bytes; and last but not least—ladies and germs, please give a big round of applause for the Open Society Institute and its founder George Soros, that International Man of Mystery who purposely crashes economies and looks like an owl that’s been dead for six centuries.

All of those foundations and trusts are backed by huge corporatist and financial-industry powers, many of them robber-baron legends. Yet they all fund what are almost exclusively leftist causes.