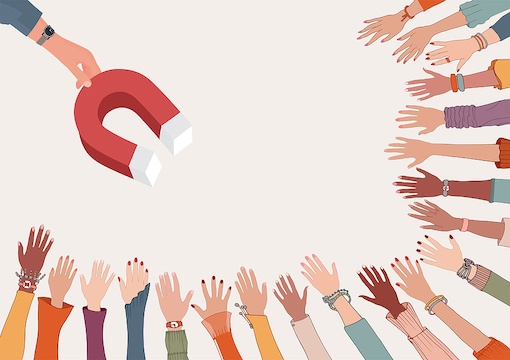 My taste in films is strange, at least in the statistical sense. I don’t like romance, I don’t like happy endings (they depress me), and I don’t like gratuitous or unrealistic violence. I like films that are serious, even when they are funny.

I went recently with some friends in Paris to see a film, Sweat, made by a Swedish director, Magnus von Horn, but set in Poland. The protagonist is a young woman called Sylwia, a social media fitness guru who is also an influencer. She has 600,000 followers and is paid by the manufacturers or distributors of certain products to show herself using or consuming them, in the hope or expectation that some of her followers will do likewise.

It is testimony to my inner exile from much of the modern world that, until recently, I was completely unaware of the existence of the profession of influencer; but a close friend of mine told me that his son had once had a girlfriend who went on to be a very successful influencer, making millions in no time at all. Her principal talent, apart from the fact that she was tall and good-looking, was for exhibitionism and its concomitant shamelessness.

“I suppose there could be no better way of exposing the triviality and shallowness of modern popular culture than of telling a story about an influencer.”

For every successful influencer, so I read recently, there are scores or hundreds, maybe even thousands, of aspiring influencers. It is a bit like boxing or, come to think of it, any activity that could lead to fame but usually doesn’t. However, the success of successful influencers seems exceptionally dependent upon luck or chance, and exceptionally independent of any real talent. No wonder the profession attracts so many aspirants.

I suppose there could be no better way of exposing the triviality and shallowness of modern popular culture than of telling a story about an influencer. Sylwia devotes an immense amount of time and effort to sculpting her body to perfection by means of exercise and relaying her methods to the narcissistic masses. She receives messages of “love” and support from her followers, but her contacts with people are either of the most superficial kind or completely virtual. Although she is always on parade, as it were, she knows that there is something missing from her life, and one day posts a video of herself admitting that she is lonely and misses real human contact.

This video post goes viral, and she begins to be stalked by a man who is also lonely and desires human contact. He is fat and unattractive, and considerably older than she. He parks his car outside her block of flats and masturbates when he sees her. She asks a work colleague, who wants to have sex with her, to deal with her stalker, which he does with an excess of violence. Finding him in a deplorable state, she takes pity on him and drives him to the hospital. She even expresses sympathy for him, and indeed the viewer’s sympathies undergo a sudden change: While we have previously thought of him merely as disgusting, dismissing him from our minds with a mere epithet, we are made to see that, however unsavory his behavior, he too is a suffering human being.

This sudden change of gestalt is educative. It reminds me of a similar change in Somerset Maugham’s great short story “Rain.” Maugham, who as I discovered when I worked in the South Seas invented very little of this story, depicts the missionary’s sour-faced, humorless, sanctimonious wife in such a way as to ensure our detestation of her, but when her husband commits suicide because he has indulged in the kind of immorality he has spent his life denouncing, we suddenly see that she is suffering terribly and will probably suffer for the rest of her life. Maugham makes us sympathize with a very unattractive woman, and thereby teaches us something about what it is to be humane.

Sweat, then, does the same.

After her experience, Sylwia resumes her life, as if fitness were an end in itself and indeed the principal aim of her existence, its only other purpose to show off to others with whom, however, she has no other real contact.

The film over, my friends and I discussed it over a drink. They were united in a criticism of it: that we grasp the emptiness of Sylwia’s life almost immediately in the film, certainly within the first five minutes, and therefore continued scenes of that emptiness are repetitive and unnecessary. I did not agree with this criticism. It is true that in principle we grasp the emptiness very quickly, but repetition establishes that it is not episodic but perpetual. The superficiality runs deep, as it were, socially if not psychologically; she does, after all, grasp that something important is missing in her life, which she would not if she had no soul at all.

Moreover, the film tackles what is surely an important social, or antisocial, development, namely the replacement of human face-to-face relations by relations through electronic means. How serious a problem this really will prove can be known only in the future; no doubt people were once extremely concerned by the spread of the ability to read print, and worried that it might interfere with ordinary social relations. (Like Somerset Maugham, I soon grow tired of social events and long to return to a page of print.)

It is still early days to tell what the effects of social media will be in the long term, and the case of Sylwia in the film is an extreme one, a reductio ad absurdum of a tendency. However, when I looked about me in the café where we took our drink and discussed the film, about half the tables were occupied by people looking at their telephones rather than talking to the people opposite them at the table. I cannot find this other than sad.

Sylwia is Polish for Sylvia, or Silvia. Was this name a sly reference to Shakespeare?

Who is Sylvia? What is she,
That all our swains commend her?
Holy, fair, and wise is she;
The heaven such grace did lend her,
That she might admired be.