Urinating on the Taliban: Where Are They Now? 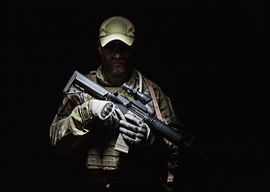 Justin Ropke is dead. He was an Afghanistan war vet who got addicted to heroin and”like pretty much everyone who enjoys that drug”he OD”d. I know of him because he was allegedly involved in the “urinating on the Taliban” incident from five years ago, and I think his death is a good example of how our disdain for the troops leads to their deaths.

In January 2012, four soldiers pulled out their dicks and pissed on bomb makers who were blowing up their brothers. The MSM was outraged by this abhorrent behavior. How dare our troops not act like 18th-century aristocrats as Muslims dismember their fellow Marines and literally eat their beating hearts. Allen West injected some sanity into the debate and said, “Shut your mouth, war is hell.” The Middle East is hell. The stories you hear from vets sound like someone reporting from another planet. “They would cut the ears off stray dogs with shearing scissors,” one soldier told me, “just for a laugh.” (It saddens me that most readers will identify with that story more than the idea of real humans being dismembered.) The IEDs planted by the Taliban were dismembering and disfiguring the best we have to offer, yet we”re meant to respect terrorist corpses when they accidentally blow themselves up? Fuck that.

“I”m sorry if our boys” monocles fell off when they were defending themselves from heart-eaters.”

I”m told Ropke was one of the guys who took the pictures. He was devastated by the way these men were treated. He likely saw that American body parts were being sold in local markets. He saw Muslim pedophiles strut down the street with their prepubescent boy lovers. When you are sent to fight that kind of filth, you expect your country to have your back. Instead, they are told to quietly endure the mayhem. We train our men to fight for valor, and then insist they turn a blind eye to child rape. I believe this is all linked to the culture wars and political correctness. I”ve spoken to Marines who told me they had to say, “What? I can”t hear you. Did you say SHOOT at the mosque?” after being shot at from a mosque and told NOT to shoot back at the mosque. The grunt who did this will be court-martialed, but at least he”ll be alive.

So, let’s check in on the urinators. Many are not on record because they were not on the video. The American military is very concerned with optics these days, so if you filmed it, you could likely cop a plea. What kind of Marines are we creating, where the men we train to die for us have to be raked over the coals for not venerating their murderers? We are a nation of ingrates who send our bravest back in time and force them to battle cavemen who sodomize children! I”m sorry if our boys” monocles fell off when they were defending themselves from heart-eaters.

For the record, I do believe these men did something wrong. If I were in charge of the military police they would be denied all access to beer for three days and absolutely no dessert for four days. The four men in the video would also be forced to pay an $8 fine. This is not the image we should be presenting to the world. If none of these men have $8 handy, we will accept socks or a cool drawing.

Another soldier involved in the incident, Sgt. Rob Richards, passed away in the summer of 2014 from painkillers. The only thing more stressful than dying for your country is your country chastising you for it, so after having your limbs blown off during your THIRD deployment to Afghanistan, you tend to prefer the synthetic endorphins of prescription painkillers (“love you mom“). A deeply disturbed war vet named Laura Buckingham was so infuriated by her ex’s custody rights, she decided to employ her war-vet boyfriend, sniper Joseph Chamblin, to help her kill him. He was one of the guys who pissed on the Taliban, so he has nothing to lose, right? He refused and was forced to turn his girlfriend in for attempted murder. I”d like to see any of these critics survive even a relatively minor tryst like this.