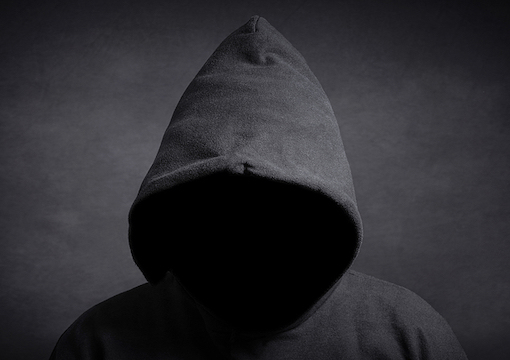 With the conventional wisdom increasingly prejudiced and extremist on the question of who are the Good Guys and who are the Bad Guys, how much longer can we expect the federal government to collect and publish objective crime statistics by race? After all, nothing undermines The Narrative more than official numbers about who are the real victims.

Would a Biden administration make it harder for citizens to access data on crimes committed by blacks versus whites?

This may sound paranoid, but there is precedent. Back during the Bush administration, the federal Bureau of Justice Statistics posted homicide count graphs online in convenient HTML format that made them easy to cite in online debates. Under the Obama administration, however, that was deep-sixed and only the much more awkward PDF format remained. PDFs are fine for people like me willing to read thirty-page reports to find one key data point, but they are pretty useless for informing the general public.

As it is, virtually nobody knows the contents of these PDFs, and even fewer dare mention them in public despite the crucial perspective they shed on this year’s anti-police and antiwhite propaganda. With Philadelphia now being looted to defend the black man’s inalienable right to resist arrest, it might be useful to clue the public in to these official numbers.

People on the left assume that if The Science ever reported anything politically incorrect, the respectable media would have already informed them of that fact. And people on the right assume that all social science studies support the left, because that’s what the left keeps telling them.

In reality, however, the degree to which social science research vindicates deplorable stereotypes is shocking to all but the best-informed, as a glance at the newly released National Criminal Victimization Survey results for 2019 demonstrates.

“Would a Biden administration make it harder for citizens to access data on crimes committed by blacks versus whites?”

I pointed out recently that the other main set of annual crime data, the FBI’s Uniform Crime Reporting from local law enforcement, shows that the old stereotype of blacks being extraordinarily homicide-prone is not only true but getting worse. The per capita ratio of known black murder offenders to nonblack murder offenders of all other races grew from 7.9 in 2018 to 8.2 in 2019, an even larger imbalance than male vs. female killers. And this ratio is likely to be even more atrocious in 2020 due to all the black shootings ever since the media declared the Racial Reckoning in late May.

But, many would object, aren’t FBI crime statistics, which are based on who is charged with a crime, just a giant conspiracy by law enforcement to make blacks look bad?

Well, that criticism was made way back in the liberal 1960s as well. (Indeed, just about every current critique of crime data imaginable was taken seriously back in the ’60s and looked into at length.)

So, since 1972 the Census Bureau and the Bureau of Justice Statistics (which sounds like where Batman’s nerdy cousin would work) have been teaming up on the annual National Crime Victimization Survey. In 2019, 249,000 people in 155,000 different households were asked whether they had been a crime victim over the previous six months.

The NCVS has certain advantages over the FBI crime statistics collected by the police.

For example, while about 30 percent of local police departments still use the obsolete Adam 12-era ethnic categories in which whites and Hispanics were lumped together as “Caucasians,” the NCVS uses 21st-century designations so we can distinguish among different nonblack groups.

Moreover, asking people if they were victims of crime can get around problems with asking police departments, which might have different policies for collecting data on minor crimes and might have highly different rates of likelihood that local residents will bother to report crimes.

One downside of the NCVS, though, is that victims of murder, the most serious crime, aren’t around anymore to answer questions. In contrast, the FBI’s murder statistics are fairly reliable because a dead body demands attention.

On the other hand, many lesser crimes are not reported to the police. Whites in 2019 said that they reported 37 percent of their violent victimizations to the police versus about 49 percent among other races. So the NCVS may do a better job of covering lesser crimes than murder than do the FBI’s Uniform Crime Reporting.

Another issue with the NCVS is of course that it relies on unverified responses. That’s a fundamental aspect of the methodology. Also, the initial interviews are conducted of all members of a household over 11, so it’s assumed that some cases of domestic violence are swept under the rug by interviewees. Moreover, the NCVS only interviews in homes, not in jails and homeless encampments. And hardcore criminals probably seldom agree to be interviewed.

While the NCVS data is hardly foolproof, it’s an important complement to other crime statistics.

Of particular interest are its interracial crime stats. The Bureau of Justice Statistics’ 2018 report even broke out Asians, a group often ignored in crime rates.

While the NCVS’ sample size is enormous, almost a quarter of a million individuals last year, the number saying they were the victim of a serious violent crime is a little under one-half of a percent, so the number of victims is limited. This makes cross-tabs for smaller groups somewhat erratic from year to year. Therefore, it’s best to average over a couple of years.

You might think from listening to the media that blacks are rightly terrified of being attacked by whites. But the actual numbers tell a very different story.

In 2019 white respondents reported that blacks committed a nationally projected 473,000 violent criminal incidents against them, while blacks reported that whites attacked them 90,000 times. Hence, the black-on-white ratio of total violent incidents was 5.3 times that of the white-on-black ratio last year. (See Tables 15–17.)

Whites probably didn’t suddenly become 50 percent more violent toward blacks from 2018 to 2019. More plausibly, the denominators are sensitive to fluctuations due to limited numbers of black participants.

But of course there are fewer blacks than whites in U.S., so the totals don’t give the full picture of the threat posed by the average white or black individual.

Measured on a per capita basis, the ratio of black-on-white to white-on-black crimes is much worse. Non-Hispanic whites made up 61.9 percent of the over-11 population versus 12.1 percent being non-Hispanic blacks: Whites are a little over five times as numerous as blacks. Thus, in 2019’s stats, an individual black was almost 27 times as likely to do criminal violence to a white as vice versa.

And in 2018’s estimates, individual blacks were about 48 times more likely to assault whites than the opposite.

So don’t take any one year’s ratios as indisputable truth. They are just guesstimates. Still, whether the per capita racial ratio is 27 or 48 is less crucial than that, whatever the long-term number precisely is, it explains an awful lot about 2020’s often-asked question of why blacks get hassled by the cops more than do other races.

Black vs. Hispanic data are erratic due to the smaller samples, with blacks being per capita 3.6 times in 2018 and 8.2 times in 2019 times more likely to attack a Latino than vice versa.

Hispanics vs. whites are a little more stable (due to the large number of white respondents), with Hispanics being between 7.5 and 9.7 times per capita as likely to assault whites as the other way around.

In 2018’s Table 14, the BJS broke out the black vs. Asian offending rates. According to inadequate sample sizes, blacks aggressed against Asians 50,000 times vs. a little over 500 times that Asians attacked blacks, for an 89 to 1 racial ratio of total incidents. Because there are almost twice as many blacks as Asians, on a per capita footing that would be 46 to 1.

In 2019, the feds dealt with their problem of black vs. Asian statistics by no longer breaking out Asians in their Table 15 of offender vs. victim counts.

What does the future hold for this trove of impolitic data? Maybe rather than delete crime statistics outright, a Biden administration would merely append a warning saying: “If your race gets violently victimized by blacks a lot, that just proves you need to reflect very, very hard upon why you folks had it coming.”