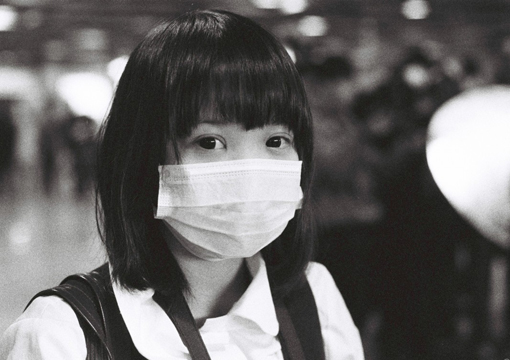 A virus has emerged out of China and has spread to several countries, killing 300 people so far.

Of course, the big problem here is not the threat of literal death; it’s the looming potential of people telling racist jokes about Chinese people.

“Racism rears its ugly head as coronavirus fear grips world,” belches The Star. “Racists Are Having an Idiotic Field Day Over Coronavirus,” farts VICE magazine, which has been consistently idiotic about race ever since it sold out to global capital 15 or so years ago. The Hill manages to out-idiot everyone else by claiming that the real outbreak here is of “anti-Asian racism” rather than a potential global pandemic on the scale of the Spanish Flu or the Black Death.

Now, anyone who’s remotely sane realizes that the literal virus here is the coronavirus. The fact that people have made jokes about the “Kung Flu” or about Asian girls eating bat soup has literally caused no more demonstrable harm beyond a few miffed feelings amid fragile, weepy souls.

Now, if you’re actually a humanist whose feelings run a little deeper than making loud public displays about pretending to care about human suffering, what’s worse: a death toll of 300 and climbing, or a few hurt feelings over racial stereotypes?

According to far too many people, the potential for hurt feelings and maybe even a stray teardrop or two is worse than the fact that human bodies are dropping like flies.

Last week, Malaysia’s health minister said that the spreading of “fake news” about the virus was a “more critical” issue than the virus itself. A Canadian professor of “social epidemiology”—whatever that is—claimed, without offering one scintilla of evidence to back up his claim—that “The epidemic of fear that follows the disease is just as dangerous.”

“According to far too many people, the potential for hurt feelings and maybe even a stray teardrop or two is worse than the fact that human bodies are dropping like flies.”

Never mind that most of the demonstrably exclusive rhetoric and behavior so far has come from non-Chinese Asians. According to The Script, Asians can’t be racist against other Asians.

Never mind the fact that the Chinese don’t tend to think very highly of Westerners. They even spit on the Westerners who blindly rush to support them. Again, The Script says this is all impossible.

We really need to burn The Script.

On Twitter—which gives everyone in the world a chance to prove what a blusteringly uninformed idiot they are—people made the following unquantifiable allegations:

I’m not nearly afraid of the coronavirus as I am afraid of people’s reaction to it – racism and economic meltdown.

At this point racism is still deadlier than the coronavirus

But again, I make the mistake of thinking that reality matters to these people. This is where my own naïve belief that the truth will prevail becomes a problem—for me, never for them.

We currently live in a world where there is literally nothing worse than “racism.” This is a world where adults are reduced to saying “the N word,” because to say the actual word is considered worse than murdering someone for saying the word.

There are so many examples of people actually saying that the potential for a viral “racist” outbreak is worse than a literal viral outbreak unspooling before our very eyes that you and I would both get exhausted poring over them, so I’ll merely slap up this one from a Twitter account that has since mysteriously disappeared:

Sounds very hateful and prejudicial toward Westerners. This level of brainwashing is strong, my friends. So strong that people seem more willing to risk actual death than to appear “racist” to their cohorts. If that’s your kink, more power to you. I’d rather be alive and have some zombie numskull think I’m a racist than be dead and have the same numskull’s approval.

I know this will sound like a joke, but it’s not: I think some of these tools are so far gone that they wouldn’t mind becoming infected with the coronavirus simply to “prove” they are not racist against Chinese people.

Supposedly much of this “viral racist outbreak” is being caused by the fact that the pandemic originated in Wuhan, China, most specifically a “wet market” which is thought to be Ground Zero for the outbreak.

Live fish in open tubs splash water all over the floor. The countertops of the stalls are red with blood as fish are gutted and filleted right in front of the customers’ eyes. Live turtles and crustaceans climb over each other in boxes. Melting ice adds to the slush on the floor. There’s lots of water, blood, fish scales and chicken guts. Things are wet.

At the moment, scientists are describing this strain of coronavirus as zoonotic—meaning it was transmitted from animals to humans. Some evidence suggests that this virus can be traced directly to bats. If that’s the case, saying “If bats weren’t a part of Chinese cuisine, this outbreak never would have happened” would be factually correct.

But once a fact is considered racist, they discard whatever’s factual and focus on Ye Olde Demon Racism.

Instead of saying, “Well, yeah, maybe the bat-eating isn’t such a good idea,” they’ll just double-down with the tu quoque fallacy:

Western countries have primarily contributed to the most resistant bacteria known in human history.
(ie.MRSA, ESBL, VRE), MERS spread from the middle east

I struggle to see the point here. And I struggle to understand an apparent implication that blaming Chinese people for spreading viruses is racist, while blaming white people for spreading viruses somehow qualifies as anti-racism. My main problem here is that I even bother to struggle. I give the idiots far more credit and attention than they’re worth. That’s my form of idiocy.

I was told that in late 2018, I may have contracted a strain of Legionnaire’s Disease that led to six straight weeks of lung congestion and coughing. I wouldn’t care in the slightest if any Legionnaire subsequently accused me of bigotry for avoiding him. I’m weird in that my survival is more important than their approval.

If, say, a virus emerged from the Netherlands that causes your penis to fall off, I’d care not what anyone says about me if I chose to avoid anyone wearing clogs.

In 2014 when an Ebola patient was flown from Liberia to an Atlanta hospital that I passed by every day while driving my son to school, I didn’t care if anyone thought I was Negrophobic for being concerned. My priority was my son’s survival.

Back in the 1980s when AIDS emerged as the potential end to humanity, people were simultaneously insisting it was not a “gay disease” WHILE accusing you of “homophobia” if you chose to avoid either gay people or HIV-positive people as a result.

What’s going on here is not “xenophobia.” It’s not even “germaphobia,” because that implies irrational fear. This is a rational fear of a demonstrably fatal virus. It has nothing to do with hatred and everything to do with employing pattern recognition in the service of your survival instinct.

And if you choose to die rather than be considered a racist, don’t bother sending me an invitation to your funeral.