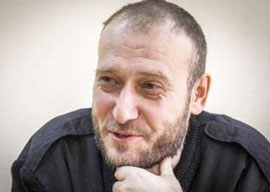 With murky foreign affairs much in the news, it’s worth trying to figure out how to think about the notion of “false flag” operations”would, say, a counterterrorism agency stage an act of terrorism to make its political enemies look bad or perhaps just to drum up support for preserving its budget? This possibility is attractive to some personalities and deeply irritating to others because it is close to the ne plus ultra of conspiracy theorizing.

I tend toward the latter prejudice against believing in false flag operations because it’s easy to disappear down the rabbit hole as soon as you start to say, “Well, maybe it was all just a hoax to make us blame somebody 180 degrees in the wrong direction.” Popperian falsification becomes practically impossible as we allow ourselves to consider Mission: Impossible-style layers of deception.

Yet that doesn’t mean they never happen. False flag hoaxes were a regular aspect of World War II’s launching. On August 31, 1939, the Nazis implemented Operation Himmler, a series of bogus attacks on German border sites intended to justify invading Poland. But it didn’t do much to persuade international opinion, since Hitler had publicly signed a deal with Stalin a week before. Three months later, the Soviets shelled their own village of Mainila to rationalize invading Finland, which apparently reassured communists.

“Would, say, a counterterrorism agency stage an act of terrorism to make its political enemies look bad or perhaps just to drum up support for preserving its budget?”

In 1954, the US tried to implicate leftward-drifting Guatemala by planting a cache of Soviet weapons on the beach in neighboring Nicaragua, but few observers found Nicaraguan dictator Anastasio Somoza’s act credible. In the Lavon Affair that same year, Israeli intelligence bombed US Information Agency offices in Egypt to make Cairo strongman Gamal Abdel Nasser look bad.

Of course, you’re probably saying to yourself we only know about poorly done false flag attacks. Bulletproof conspiracies are, by definition, undetectable.

Or perhaps seemingly failed conspiracies are actually brilliant inversions. The most postmodern false flag incident was the 1983 Manila airport assassination that brought down the dictatorship of Ferdinand and Imelda Marcos three years later. The regime’s supporters argued that the blatantly incompetent execution logically implied that it had to be a false false flag operation, since no self-respecting dictatorship would implicate itself so maladroitly.

The leading dissident, Benigno Aquino, had announced he would return from exile in America to challenge Marcos. A thousand soldiers were dispatched to the airport to arrest him. Seconds after troops escorted him off the plane, Aquino was dead. The Philippines” government quickly announced a communist assassin had somehow penetrated the hyper-security to murder Marcos’s archrival, apparently to make the poor, innocent president look bad. After all, would an astute politician such as Marcos do something so obvious? If this were a movie, wouldn’t you assume some better plot twists were still to come?

A recent false flag operation appears to have been staged in May 2008 by Georgia’s NATO-allied government by opening fire on their countrymen arriving to vote and then blaming the attack on the Russian-backed breakaway Republic of Abkhazia. The giveaway was that the Georgian operatives had meticulously set up their TV camera in the perfect spot to record the upcoming terrorist attack.

Perhaps in the future, the ubiquity of video surveillance cameras will revivify what appears to be a flagging genre by making claims of found footage of atrocities more credible. For example, the Russians have apparently leaked a wiretapped conversation between two Western diplomats discussing Moscow’s favorite rumor that the final gun battle in Kiev was actually a false flag shooting with pro-Western snipers gunning down pro-Western street fighters to make Ukraine’s pro-Russian elected president look nasty.

Maybe, but the endless cellphone video of the events in Maidan Square ought to mean that accurate conspiracy theories could be backed up by plenty of footage. Hopefully, the new omnipresence of digital images will allow the public to reach more evidence-based conclusions about false flag operations, although people are likely to continue to interpret imagery, no matter how lavish, to support their preconceptions.

On the other hand, it’s not uncommon for those arrested for politics-related crimes to have been egged on by agents provocateurs on the government payroll. Here in America, for instance, Hal Turner, arrested for making far-right threats against federal judges, turned out to have been a paid FBI informant.