What is a Racist? 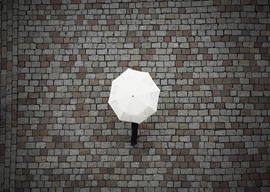 It has to be evident to all thinking people by now that racism is the new witchcraft. Once you”re branded with the Scarlet “R,” some people do not regard it as immoral to assault you…or worse.

Calling someone a racist is sufficient to brand them as outside the pale of civilized company. In academia, the accusation is a career-wrecker. Socially it is enough to get you dropped from the A-list of the best parties.

Gosh, this racist thing must be pretty vile, something that needs to be combated with a public fervor reserved for satanic pedophiles.

But has anybody bothered to tell us what this vile thing is?

Child molesting involves buggering little boys, or having sex with prepubescent girls, with or without the paraphernalia of the Black Mass. What is this “racism” that has aroused Western Civilization’s moral indignation?

Another definition in common usage: “Racism is power plus prejudice.” Therefore, powerless minorities can never be racist, no matter how much they hate you for your melanin deficiency.

“Calling someone a racist is sufficient to brand them as outside the pale of civilized company.”

It seemed to me that the three youths of color that jumped me on the street when I was 16 had the balance of power at that given moment, but let it pass. I”m just relieved they weren”t racists. That incident might very well have made a “racist” out of me, but for the fact that the karate instructor who taught me this useful trick involving thumbs and eyeballs was not melanin-deficient.

Another working definition of “racist” is:

Someone winning an argument with a leftist.

But let’s stick with Mr. Merriam and Mr. Webster’s definition. This alone begs any number of questions.

Which traits and capacities?

Is someone a racist who believes different races have different abilities”not superior or inferior, but different?

“Asians/whites/blacks are better than (blank) at (blank).” Racist?

Did Paul Robeson have such a magnificent voice because of his African ancestry? Do the Irish produce better tenors and the Welsh better baritones?

Excellence in athletics? Then we”d have to wonder if there is a superior race, and not the melanin-deficient one.

Note that the African races can live naked in mankind’s original home, but the white and Asian races need artificial support such as clothing, shelter, etc., just to stay alive in their lands of origin. Does that imply physical inferiority?