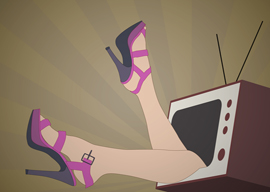 So let us start with the banning of the worst, which will serve as a warning to the industry as a whole, and go from there.

“These proposals are better than radical in that they are doable.”

The 1973 Supreme Court decision in Miller v. California set down these guidelines for determining whether something constitutes as “obscene” (in the criminal sense):

When women are involuntarily brought to obvious emotional distress and even tears through verbal abuse and rough physical handling, it is patently offensive. Facial Abuse can and should be brought to trial and shut down.

Around 46 percent of American marriages end in divorce. Around the same percent of births are out of wedlock. Families in this country are not doing so great. Given that strong families are the bedrock of civilization, and the best environment for children, we should lend them a helping hand. Pornography that depicts spousal infidelity should be illegal. The specifics as to how the infidelity comes about (babysitters, in-laws, secretaries, etc.) are immaterial. We need healthier depictions of married couples and families. Pornography should be allowed to portray (nearly) any profession or social class in its scenarios, so long as all the participants are single or married to each other. Legislation needs to be drawn up to put this into law.