What the Middle East Really Needs 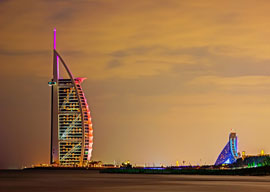 If I hear or read one more American hack mentioning the word “democracy” regarding Egypt and the Middle East, I swear on Joe Biden’s hair-implanted head that I shall go in front of the Capitol and commit ritual seppuku, the Japanese warrior’s way of leaving this life. (Just kidding; I shall wait for the Almighty to decide my fate. Biden’s head is not worth a Taki, plus it would please too many ugly neocons.)

What in God’s name is wrong with these pompous and ignorant fools? Does it take a poor little Greek boy to point out the facts to them? “Democracy” is an alien word in the Middle East, a chimera that foreigners use when the camel drivers fail to hold up their side of the bargain. It means we sell arms to you, buy your oil, let you use our hot spots as your playgrounds, and allow you to embrace a medieval form of government as long as you lay off Israel. All the rest is dross.

“What the 380 million Arabs need are property rights, not the right to cast a useless ballot every four or so years.”

It took the editor of the London Spectator writing in the Daily Telegraph to get it exactly right. What the Arab world needs is capitalism, not democracy, Fraser Nelson wrote. The so-called Arab Spring began when Mohamed Bouazizi set himself on fire to protest the fact that he had to bribe Tunisian cops to sell his goods from a cart. It was as simple as that. A poor cart salesman immolated himself for capitalism, not democracy. Police had confiscated his fruit and a pair of scales once he refused to pay a bribe. That is all he had. He was not allowed to trade any longer, hence his suicide. Getting a license to trade, opening a shop, and even selling goods on the street need governmental approval. Bribes and bureaucracy go hand in hand. As Nelson wrote, “traders do not really break the law”the law breaks them.” Sixty similar cases were overlooked by the geniuses of the press clamoring for democracy in the Middle East.

But before I go on, a word about democracy, a most overrated and misunderstood institution that brain-dead reporters and so-called commentators use ad nauseam while reaching for the moral high ground. In what sense do you really have a hand in ruling the country through your vote? The sad answer is none whatsoever. Special interests and major corporations, yes; little John Doe, not at all. The demos, as the ancient Greeks called the people, practiced selective democracy, like we do in America with special interests. Mind you, the fairest way to ensure that everyone has an equal voice and chance to rule would be a lottery, but such a lottery would be rigged just as the game already is, so let’s drop that one. Plato thought democracy was a charming form of government, full of variety and disorder. The wiser Aristotle said that when democracy is strained it grows weak and is supplanted by an oligarchy. Edmund Burke said that a perfect democracy is the most shameless thing in the world. The great ancient Greek philosopher Taki favors a selective democracy, which in today’s context means that a drug dealer or a deadbeat does not have a vote, whereas a useful member of society does. Who decides who is useful? The useful ones. End of story.