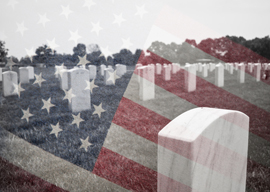 On Monday, Iranians mourned the anniversary of a civilian airliner that a US missile shot down in 1988. The strike killed all 290 people aboard. This is the event that led George H. W. Bush to say, “I’ll never apologize for the United States of America. Ever. I don”t care what the facts are.” The Iranian government reportedly received $130 million in a compensation settlement, but considering our historically strained relationship, Iranians are still shouting things like “Down with the US!”

Newt Gingrich decided to accidentally commemorate the anniversary last week by speaking for the Mujahedin-e Khalq (MEK), a designated terrorist organization. The US military had recruited the group in the past to infiltrate Iran and report on its nuclear facilities. The MEK is also known to maintain mysteriously ample funding despite its placement on various global terrorist lists.

But as American politicians such as Gingrich continue referring to these people as part of a “massive, worldwide movement for liberty in Iran,” it’s no wonder so many people overseas are beginning to hate us.

“The solution is to stop deploying soldiers in the first place.”

Hillary Clinton’s threats about Assad’s ousting won”t help. Diplomatic solutions will turn into a bloody feud, and innocent Syrians will be filled with American bullets in the name of freeing them for democracy. Blowback is real, and it’s getting worse.

An opinion piece published in The New York Times on June 13th was written by a brave 23-year-old living in Yemen’s capital. It confirms everything most of us have already realized: Killing innocent people with bomb shrapnel is bad for business, especially if “business” is keeping the country out of terrorist groups” crosshairs.

Ibrahim Mothana, the column’s author, quotes a Yemeni lawyer who told the Obama Administration in May that drone strikes are only fueling anti-American militance in Yemen.

Civilian deaths are a key component of al-Qaeda’s recruiting process, and if the US government wants to help the organization find people willing to blow themselves up in the middle of dirt-covered streets, I recommend they continue drone strikes. The kind of collateral damage that pushes law-abiding citizens toward extremism has become less of an accident and more of a policy. The Obama Administration changed the rules of engagement in April when it began openly launching drone attacks with little to no knowledge of the people targeted. When you don”t know whom you”re shooting at, it’s unlikely you”ll actually hit a “bad guy.”