Where’s “The Talk” When We Need It? 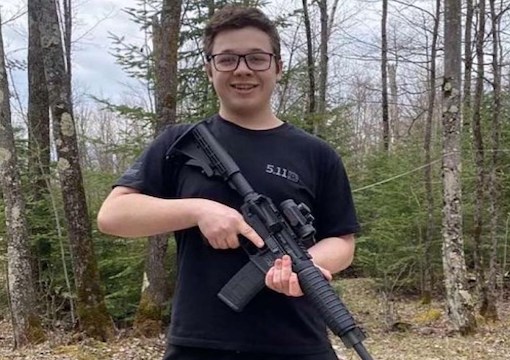 For many years now, we’ve gotten mountains of press about “The Talk,” the rite of passage lecture that black parents feel obliged to give their sons so that they won’t end up getting shot by the police. Apparently, unlike white people who are always fighting with cops and resisting arrest, young black men must be purer than Caesar’s wife.

The main points of “The Talk,” according to Wikipedia, are the following:

— Pulling over your vehicle right away

— Being as polite as possible, using “Yes sir, officer”

— Not arguing, even if you are right

What we need is a BLM-administered version of “The Talk,” requiring a notarized certificate of completion, acknowledging that the participants: 1) took the course, 2) understood it and 3) pledge to act in accordance with it.

True, it’s unfair that white people are allowed free rein to curse cops, lunge at them with knives and reach into a car as the police are yelling at them not to move. White people get to play fun “Surprise!” games with the police: I could be reaching for a glock — or it could be a strawberry push-pop! You’ll just have to wait and see, officer.

A Slate article about “The Talk” complained that white people protesting Michigan’s lockdown “could arrive, armed and screaming, in government buildings and be afforded unending patience by law enforcement.”

Of course, it’s generally not against the law (in an open carry state) either to be armed or to scream. Some Black Lives Matter protesters have even been known to scream.

This is despite the media’s firm conviction that any armed white man is, ipso facto, a marauding racist. Reporting on an anti-Obamacare rally in Phoenix, Arizona, in 2009, MSNBC zoomed in on guns slung on a man’s body, as Contessa Brewer ominously warned: “A man at a pro-health care reform rally … wore a semiautomatic assault rifle on his shoulder and a pistol on his hip … there are questions about whether this has racial overtones … white people showing up with guns.”

There was a reason MSNBC never showed the man’s face: He was African American. And yet, he wasn’t arrested or harassed — other than by MSNBC.

“The only places where white privilege is truly on display are lily-white, left-wing redoubts like Seattle, Kenosha, Wisconsin, and Portland, Oregon.”

The only places where white privilege is truly on display are lily-white, left-wing redoubts like Seattle, Kenosha, Wisconsin, and Portland, Oregon. The latter was recently described by the New York Times as “one of the whitest big cities in America.” In these pale cities, white anarchists are permitted to commit arson, vandalism, assault and even murder with abandon.

Why no antifa activity in mostly black cities, like Baltimore, Ferguson, Missouri, or Chicago?

Evidently, these bad-ass antifa are too afraid to riot in any majority black cities. They claim to be destroying public and private property on behalf of their black brethren, but are terrified of being around actual black people.

White antifa have been rioting in Portland (super white!) for more than three months now. On the rare occasion when they get arrested, they’re immediately released, often bailed out with funds provided by white celebrities like Seth Rogen, Abbi Jacobson and Steve Carell.

It’s such a wonderful, cost-free way to serve black people. Leftists won’t work to end the mass immigration that drives down black wages or to abandon trade deals that send their jobs out of the country. But they’ll fly the BLM flag and fight with police in overwhelmingly white cities.

Antifa is following the lead of their corporate allies. Every part of a Nike sneaker is made in a third-world country. It’s as if the top minds in the nation got together to solve the problem “How can we ensure that no American jobs are created to manufacture this shoe?”

Corporate titans would love to do something to help African Americans (like employ them, maybe?), but then they remember, WAIT! I HAVE MUTUAL FUNDS! So instead they smugly proclaim “Black Lives Matter,” run a commercial with Colin Kaepernick, and they’re done.

Antifa cretins are spoiling for a fight with police — but not near any large groups of black people. They could get hurt!

There’s been an all-out war on Kyle Rittenhouse, the 17-year-old who shot three antifa in Kenosha in what seems clearly to be self-defense, based on The New York Times‘ reconstruction of events. Rittenhouse was in Kenosha to protect people and property from violence; he rendered first aid to the protesters; later ended up being chased by antifa goons, heard a gunshot behind him, nearly had his head beat in with a skateboard and was threatened with a gun.

The people he killed were: a convicted child molester and a convicted domestic violence repeat offender, both of whom had served time in prison. (It takes a lot to get prison time in America — especially if you’re white, right BLM?) The guy Rittenhouse shot in the arm had a firearms conviction and was coming at him with a gun.

But this was an all-white affair, so liberals had to look at other facts to assign blame/heroic status. Not irrelevant factors, like self-defense, reasonable fear or possibility of escape, but relevant factors like: Who was antifa and who was a Trump supporter? Rittenhouse: GUILTY!

With the verdict in, liberals have lost their minds about Rittenhouse. They tell outrageous lies about him, lionize the ex-cons he shot and aggressively censor anyone who takes his side. Rep. Ayanna Pressley and Sen. Chris Murphy called Rittenhouse a “white supremacist” and “white nationalist,” respectively (in non-congressionally immunized tweets, for any lawyers who might be interested). Meanwhile, for suggesting that Rittenhouse may be innocent, both Rittenhouse’s attorney and I have been suspended from Twitter.

Oh by the way, over the weekend, an hour away in Chicago, 54 people were shot; 10 are dead. Woke media: Everyone involved was black, right? No big deal.