Where’s the “Safe Space” for Christians? 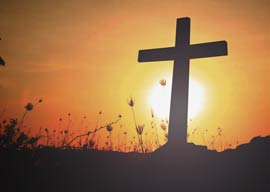 One of the most annoying terms in the progressive lexicon”right up there with “rape culture,” “social construct,” and “problematic””is “safe spaces.”

As far as I can discern, “safe spaces” are where black students go to hang around with other black students and complain about white students. It’s where the “transgendered” can cluster together to compare surgical scars without fear of being brutalized by the verbal “violence” of those who suspect that the “transgendered” might be a little messed up in the head. It’s where Muslims who’ve moved to the West can congregate without being apprehensive that someone will call them a terrorist or make body-odor jokes.

Basically, a “safe space” is where members of an identity-based grievance group go to segregate themselves.

Since we live in a white supremacist society based on white privilege and white power and white racism and white guilt and whitewashing, the whole darned place belongs to white people, so everywhere is a safe space for white people, interracial-violence statistics be damned.

And of course, this must change. That’s what “change” is all about, after all”making the world more dangerous for white people.

You could spew the most biliously venomous language at all white male Christians and sincerely wish for them all to be slowly boiled in excrement, yet you’d somehow get a gold star from the professional tolerance merchants rather than a reprimand.

At one point, “Christendom” and “the West” were nearly synonymous. Throughout much of history, both terms were almost interchangeable with the phrase “white people.” It makes one wonder how much of the gleeful Christian-bashing that permeates modern media and academia is but a flimsy onionskin cover over what is actually white-bashing. Just as whites are the only race you can freely malign in the world’s predominantly white countries, Christianity is the only religion you can defame in the West without being accused of bigotry, most likely because it’s considered the most Western”and therefore whitest”religion.

The ragtag, motley, malodorous, and mostly medicated crew known fondly as Social Justice Warriors argues that Christianity represents power and oppression and misogyny and homophobia and maybe even capitalism, so it is not scientifically nor biologically possible for Christians to be oppressed.

Forgive them, Father, for they don’t know a goddamned thing about history.

And they definitely don’t act like they know that for decades, the Middle East has been one ongoing slow-motion anti-Christian Kristallnacht that only seems to be escalating.

Or what’s worse, they know all of that and they don’t care. They might even enjoy it. Progressivism is an ideology of highly selective compassion.

Mind you, these are people who soil their soy-based diapers at “microaggressions” such as asking an obvious foreigner where they’re from or telling a black coworker that you were thinking about going to see the new NWA movie or telling a gay couple that you don’t particularly want to bake them a Gay Cake. But if anywhere between 10,000 and 100,000 Christians a year worldwide are being murdered just because they’re Christian? Fuck ‘em. If 100 million or more Christians across the globe face constant persecution and discrimination and harassment and bullying? Those bigots who worship their stupid imaginary sky wizard deserve it, because they bullied us in high school. The media, academia, and everyone who unquestionably swallows their bullshit would be pleased as punch to see all Christians fed to the lions.

I don’t say this as a Christian, only as someone who thinks hypocrites should be burned at the stake.

Luckily for the Christians, there’s Eastern Europe. Unlike Western Europe and the USA, the old “Iron Curtain” countries have lived through communist madness and realize it has nothing to do with tolerance. They were eyewitnesses to anti-Christian persecution on a level that the rest of the West has yet to behold.

As a member of the European Union, Slovakia is forced to help resettle the million or so “migrants” that are pouring into Europe from Africa and the Middle East annually. But a spokesman for the country’s interior minister recently said that Slovakia will accept Christian refugees but not Muslim ones. He argued that Slovaks are primarily Christians and that there aren’t even any mosques in his country of five million, so Muslims would find it hard to integrate anyway.