White Crimes of the Future 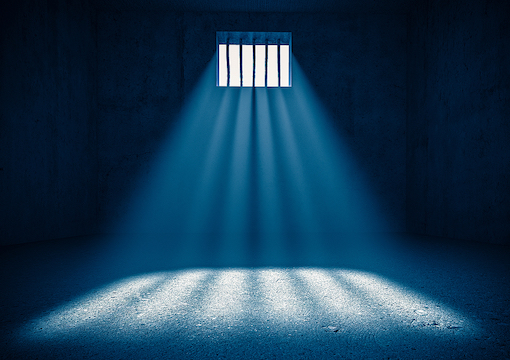 June 2002: A white woman named Valinda Elliott accompanied her boss on a business trip through the Arizona desert. When their car broke down and the boss suffered heatstroke, Elliott lit a signal fire to alert a passing helicopter. Unfortunately, the fire grew into a larger blaze.

At the same time, at the nearby Apache reservation, an Injun named Leonard Gregg, needing booze money, started a massive wildfire so that, as a volunteer fireman, he could get paid for putting it out.

Gregg was arrested, Elliott was not. Gregg’s entire defense, backed by his tribal leaders, was, “if a nonwhite is arrested for starting a fire, a white must be arrested, too.”

“Equity must reign! A nonwhite goes down, so must a white.”

That Elliott’s fire was not set with criminal intent and Gregg’s was didn’t matter. Equity must reign! A nonwhite goes down, so must a white.

The Apaches didn’t get their way; in 2002 context still mattered in a courtroom. But the seeds were planted: An “equitable” system is one in which color trumps circumstance.

July 2002: Five-year-old white girl Samantha Runnion was playing with a friend on the lawn of her Southern California home when she was grabbed by a 27-year-old Mexican named Alejandro Avila, who shoved her in his car and drove away.

It was a textbook case of what the DOJ calls “stereotypical kidnapping”—a stranger with no ties to the victim using force to take a child.

The kidnapping spurred a massive manhunt. Samantha’s friend provided an excellent description of the kidnapper. Avila, who raped and murdered Runnion almost immediately after taking her, was arrested five days later.

The Runnion kidnapping, coming as it did a month after the disappearance of Elizabeth Smart in Utah, triggered something very ugly on the left (predominantly among Jewish and nonwhite journalists). There was “too much attention” being paid to kidnapped white girls. Within hours of Avila’s arrest, this theme replaced the kidnapping/murder itself as the predominant angle of L.A. Times coverage.

Even before Avila was arrested, the Times attacked the description provided by Runnion’s playmate. A July 18 piece by Scott Gold and Greg Krikorian called the little girl’s account (which turned out to be 100 percent accurate) “about as accurate as infomercials about dieting techniques.” Detectives “may have pushed the limits” by trying to profile the killer based on the eyewitness description, because the typical kidnapper is “a white man.” And anyway, Gold & Krikorian reasoned, with stranger abductions, “the vast majority of those children are held for a short time, then released unharmed.”

So, ignore the eyewitness, look for a white guy instead, and stop fussing so much about that dumb ol’ white girl because she’ll probably be released unharmed.

Once Runnion’s brutalized corpse was found, the Times ran interference for Avila. On July 27, “crime reporter” Tina Dirmann slammed the detectives: “Investigators say they are confident they have the right man. But they have yet to present any evidence, and Avila, in an interview with the Times before his arrest last week, insisted that he is innocent—in fact, that he was nowhere near the scene of the crime.”

I emailed Dirmann, challenging her statement; investigators had in fact presented tons of evidence, including DNA, during multiple press conferences. Dirmann replied smugly, “Evidence can only be presented in a court of law. Since preliminary hearing and trial proceedings have not yet begun, we have not yet seen any evidence formally presented. Police gather evidence, which gives them probable cause for an arrest, then take what evidence they’ve gathered to the DA, who will press charges and later present it in court. That’s how the system works.”

You appear to be saying that, by the definition of evidence you were using, investigators don’t “present evidence” and can’t “present evidence.” If that’s so, then why say they had “yet to present any evidence”? If they can’t—if, by your definition, only the DA can “present” evidence, and only at trial, why make the claim that investigators hadn’t done something that, by your definition, they can’t do?

She never responded. Years later, I contacted her again. This time she claimed, “I don’t remember this story at all” (a SoCal “crime reporter” not remembering one of the most high-profile local crimes of the past two decades?). “I don’t feel comfortable commenting further,” she added.

As Dirmann was using wordplay to make it appear as though there was no evidence against poor Mexican Avila, Times reporter Elizabeth Jensen and editor Reed Johnson collaborated on a July 20 front-page piece, “Some Murdered Kids Get More Attention.” Jensen & Johnson quoted black media professionals who condemned the attention being given to “white girl” Runnion. The article lauded newspaper editor Will Sutton of the National Association of Black Journalists for keeping the Runnion story off page 1 of his paper. NBC Nightly News and ABC’s World News Tonight were cheered for leading off their newscasts with a story about Israel rather than the Runnion murder. ABC producer Paul Slavin told the Times that the Runnion story was “interesting” but “not important.”

I asked Rosenberg if he knew the typical profile of a “stereotypically kidnapped” child. After all, if white girls are stranger-abducted more frequently than nonwhite girls, the “disproportionate” media coverage would make sense.

In response to my inquiry, Rosenberg replied, “I don’t know.” And then he turned into Ron Unz: “I’m only asking questions!”

The most pathetic cop-out imaginable, especially from a “journalist” who had ample ability to obtain answers. But like Unz, Alex Jones, and all crackpots who whine, “I’m just asking qwest-chins,” the goal isn’t to actually find answers, but to use “questions” as cover for not seeking answers.

Had Rosenberg wanted “answers,” he could’ve consulted the DOJ’s 2002 report on child abductions. White non-Hispanic children were the victims in 72 percent of stereotypical kidnappings in the years covered. An overwhelming majority. But charlatans like Rosenberg feigned ignorance of that figure because context can kill a good antiwhite crusade.

To the Times, Runnion wasn’t a human being but a color. On Aug. 12, 2002, I penned a Times op-ed (as with all my Times pieces, I take no responsibility for the title) to try to counter the lunacy.

Yes, I’ve been walking the apartheid beat a long time.

But I knew my efforts were futile; it was clear that downplaying white crime victims was a fetish on the rise.

And twenty years later, “Missing White Girl Syndrome” is canon. Like “white privilege,” it’s unquestioned truth. Acceptance of this myth allows antiwhite advocates to bury crimes against whites by framing the downplaying as a defensive measure: “We’re not ignoring white crime victims; we’re merely course-correcting because they normally get too much attention.”

The idea is for you to feel guilty when you think of white victims. “Am I only feeling sorry for that white girl who was raped and murdered by a black because I’ve been conditioned by Missing White Girl Syndrome?”

Like a few weeks ago, when Kiely Rodni, a 16-year-old Northern California white girl, went missing following an outdoor teenage party that, according to Rodni’s friends, had been crashed by predatory adults.

Not so fast, said the apartheiders. Two NorCal Hispanics, Janette Pantoja, 29, and ex-boyfriend Juan Zavala, 36, had disappeared while driving from Reno. Although the cases were separated by geography and circumstances, apartheiders slammed the NorCal cops for going “too far” in their search for Rodni; it was “white supremacy” to give the white minor more attention than the Hispanic adults.

In fact, police had completely missed Rodni’s overturned car and corpse in a local reservoir. Had Rodni been nonwhite, that would’ve been used as proof that the cops “didn’t care” and had “half-assed” the search. Similarly, the apartheiders screaming about the Rodni case referenced the Gabby Petito murder as another example of white women receiving “privileged” treatment from law enforcement…even though two white cops practically sent Petito to her death when they had the opportunity to intervene.

Twenty years, same song, from Runnion to Rodni: Ignore circumstances and context, just invoke color. Repeat and repeat until the refrain becomes so pervasive, nobody questions it. We’ve even “progressed” to the point where every time a white criminal is apprehended alive, mainstream media figures grow enraged that the suspect wasn’t shot by cops in the name of equity.

I’m listing the accomplices to make the point that Meyn’s paper isn’t “fringe.”

Those with the lowest scores would be treated more leniently in court.

Meyn acknowledges that some of his colleagues believe that “the RDC threatens to release defendants of color into the community who are prone to violent recidivism, undermining public safety.” But he dismisses such concerns. Establishing a race-based criminal justice system trumps safety.

Meyn devotes much space to explaining why, based on legal precedent, his plan might pass SCOTUS muster. He argues that his system doesn’t penalize whites; rather, it rewards nonwhites. White criminals wouldn’t be treated more harshly; nonwhite criminals would be treated more leniently. As University of San Diego School of Law professor Kevin Cole states on his CrimProf Blog, “Within this unique context, Meyn’s Article provides a template for a race-based approach that potentially survives an Equal Protection challenge.”

For the record, Meyn rejected all of my requests for comment. He’s a scumbag coward who wants you to sit back and take his apartheid up the ass without resistance; it’s beneath him to respond to inquiries.

As for the question of whether Meyn’s plan can squeeze by the current Supreme Court, keep in mind that Trump’s SCOTUS picks were vetted for Roe, not race. Kavanaugh was the swing vote that scuttled Remain in Mexico and opened our borders to the entire Third World. And Barrett, who agreed in principle with Kavanaugh on Remain in Mexico, has that whole “kids of many colors” thing going on.

During my GOP years I spent enough time with pro-life-centered conservatives with adopted black children to know that typically they swing to the left of Ibram Kendi on race. It would only take one—Barrett or Kavanaugh—joining with Roberts and the leftists to make Meyn’s mad plan a nightmarish reality.