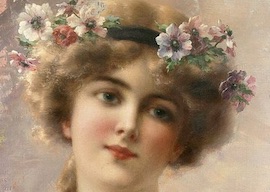 Last Tuesday’s deeply anticipated/dreaded “Blue Wave” that threatened to engulf the midterm elections turned into an underwhelming Blue Trickle, and white women are getting blamed for it. If you recall, they also got blamed for electing Donald Trump when exit polls suggested that 53% of the Caucasian Sisterhood voted for him.

“White women gonna white,” lamented Elie Mystal, a doughy, smirking black man who makes a living complaining about living in a country that affords him the sort of wealth and comfort that would be unimaginable in his backward, disease-ridden Motherland.

(In case you need an interpreter, “[Blank] gonna [blank]” is one of those ghetto linguistic inanities along the lines of “it is what it is.” By saying that “White women gonna white,” Mystal is saying that white women are going to do stupidly racist and unforgivably selfish things because that’s what white women do. It’s almost as if they can’t help themselves, but maybe if we bark at them and yell at them and relentlessly shame them they’ll realize that we, not they, know what’s best for them, and there’s nothing bigoted or condescending about that at all, so why the hell aren’t they listening to us?)

The same sentiment was echoed by some moron who calls himself Travon Free:

Black women voted 95% for Beto [O’Rourke]. White women did what white women do.

What white women—more precisely, 59% of them—did in this case was vote for the Hispanic candidate, Ted Cruz, over the white candidate. And they presumably did this because they were racist. But Mr. Free sees nothing wrong, and certainly nothing that would suggest brainwashing or acting as an electoral monolith, in the fact that 95% of black women voted for the guy who promised more free trinkets.

It is a statistical fact that black women vote as a bloc in quotients that are far larger than how white women vote, yet not a single one of these “analysts” see this as a problem.

No, it is clearly white women who block the gates of progress.

The Globe and Mail, without one scrap of evidence since “hate” is unquantifiable and purely in the eyes of the beholder, claims that “white women…drive hate in America.” They even featured a photo from the frickin’ 1950s of white women snarling at a black schoolgirl.

The Washington Post says—again, with zero hard evidence—that white women have “sold out their sisters in the service of the patriarchy, an especially egregious sin.”

The Huffington Post accuses white women of forming an “alliance with the forces of white supremacy” and that enlightened white women—i.e., the ones who can’t stand being white—need to “hold other white women accountable.”

Vogue insists that white women keep voting “against their interests” and that “It’s tempting, in light of all this, to want to give up on white women.”

The harshest criticism of all came from one Moira Donegan, a profoundly unhappy-looking short-haired white lesbian whose Twitter avatar depicts a woman assaulting a man, because there’s nothing violent or sexist about that. (When you’re on the “good” side, nothing you do can possibly be bad.)

“Half of white women continue to vote Republican,” asks the Guardian headline over Donegan’s byline. “What’s wrong with them?”

Seemingly without having asked a single white woman who voted Republican this election cycle about what motivated her decisions, the close-cropped Sapphite seems certain she knows what makes them tick:

…white women would rather choose the racism espoused by the Republican party than join in the moral coalition represented by men of color and other women….There is a battle on for the soul of America, between the peevish, racist cruelty of Trump and his supporters and a vision of inclusion, justice, and decency forwarded by an increasingly diverse coalition on the left. Much of that battle is being waged in white women’s hearts, with the left hoping that more and more of them will break with their historical loyalty to white supremacy and embrace a kinder, more sustainable model for the future….What is wrong with white women? Why do half of them so consistently vote for Republicans, even as the Republican party morphs into a monstrously ugly organization that is increasingly indistinguishable from a hate group? The most likely answer seems to be that white women vote for Republicans for the same reason that white men do: because they are racist.

A moral coalition founded on kindness versus an evil gaggle of sadistic racists? Why, the choice should be easy, right? Why can’t we shame these ditzy white broads into thinking like chronically angry white lesbians do?

Amid all the brain-damaged gibberish you hear about intersectionality and the progressive stack, the unfortunate truth for white women is that when the modern leftist identity-politics coalition views whiteness as Public Enemy #1, white women will always be shoved to the back of the bus. Even black men get to speak first. But not before the black women get to speak. And definitely not before the black Muslim gals get to speak. And they aren’t even allowed to utter a peep before the black lesbian Muslim women have their say. But wait—here comes a black lesbian Muslim in a wheelchair—she gets to drive the bus!

Has it occurred for even a moment to any of these battery-operated cretins that white women sense in their guts that no matter how much propaganda they’re fed about how white men hate them and try to oppress them, in the real world white men hate them far less than black women despise their soft white asses?

There’s an old saw that’s no longer relevant to modern sentiments but that I will dredge from the swamps due to its illustrative value: “In America, what do you call a black man who’s a self-made millionaire?” The answer is, “A nigger.”

OK, then what do you call a white woman who wants to renounce her whiteness in favor of her gender and in the service of some pie-eyed, dopey alliance with hostile nonwhites the world over? The insoluble problem for her is that you still call her “a white woman.”

White women who wish to join this blinkered rainbow coalition must accept the fact that the minute they find themselves around anyone who is perceived to “enjoy” more oppression than they do, they must zip their lips and allow themselves to be scolded and shamed and lectured and silenced.

No matter how they wish they could crawl out of their skin, progressive white women will always be white and forever unwelcome in the progressive movement. White women may be waking up to this fact—which, ironically, means that one day soon they may forever cease being “woke.”