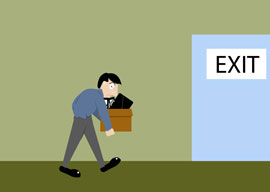 Angus Deaton and his wife, Anne Case, completed a study last year asserting that the death rates for American middle-aged working-class whites, especially males, have been increasing over the past twenty years while the death rates for everyone else in the developed world have been steadily decreasing. In December, Jeff Guo of The Washington Post wrote a piece about this phenomenon, linking it to Donald Trump. And earlier this year, CNN’s Fareed Zakaria devoted a segment to promoting and further elaborating upon Guo’s paper.

What Deaton and Case discovered is that this increase is being driven primarily by suicide, drug overdose, and liver disease (presumably from alcoholism). The significance of this piece of the puzzle is not lost on either Guo or Zakaria; they both recognize that it points toward a collective depression. However, in a rather brazen lack of journalistic integrity, both Mr. Guo and Mr. Zakaria barely attempt to explore the roots of this collective depression.

Of course, this comes as no surprise. Mr. Guo is Chinese and Mr. Zakaria is Indian. Indeed, the fact that minorities like Guo and Zakaria have increasingly and visibly replaced whites in so many cushy, respectable, well-paying jobs is part of the problem. Whites feel”and for good reason”that they are no longer important. And this is the basis of this collective depression. What Deaton and Case have provided in their study is perhaps the first substantive data supporting white American anomie.

Anomie is, of course, the concept that has been utilized to describe societies or groups that are in a state of breakdown, or have been disrupted or uprooted, and are thus characterized by their conspicuous lack of cultural standards and values. Anomie can also describe the lack of purpose and principal of a society. Emile Durkheim popularized the term in his famous 1897 work Suicide, wherein he utilized it to analyze why suicide rates increase during times of economic change.

The most famous example of a people suffering from chronic anomie is that of the Native Americans of North America. The Native American people were decimated, their cultures and societies were utterly disrupted, if not destroyed, and the remaining human debris was forced into a marginalized existence on various Indian reservations. Because of this collective experience, life on Indian reservations has been marred by a complete lack of purpose, hope, and meaning. Not surprisingly, extremely high rates of suicide and alcoholism have plagued life on Indian reservations from the very beginning. To this very day, young Native American youths still possess suicide rates that are more than double the national average and alcoholism mortality rates that are hundreds of percentage points above the national average. Native Americans grow up in a land that, they are told, was once theirs, but is now controlled and inhabited by “invaders” or “conquerors” who stole it from their ancestors. One can only imagine the fog of shame, regret, and feelings of failure and defeat that must certainly hang over the Native American psyche.

As Deaton and Case have now demonstrated, white Americans are, in a sense, beginning to succumb to a similar fate as those same Native Americans they once supplanted. Over the past few decades, white Americans have lost control of their own destiny. They have lost their collective purpose. They have become increasingly disparaged and lampooned on television and in the movies. And they have watched their country, their economic prospects, and the would-be inheritance of their children and grandchildren be appropriated by foreigners and alien peoples at the behest of powers in Washington they cannot perceive nor understand.