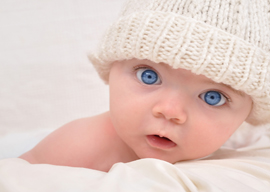 In Oklahoma“one of the last places in America one might assume it’s still at least somewhat OK rather than innately sinful to be white”a minor scandal erupted when a high-school teacher was recorded on a smartphone camera ululating thusly to his students:

Am I racist? And I say yeah. I don”t want to be. It’s not like I choose to be racist, but do I do things because of the way I was raised.  To be white is to be racist, period.

The teacher, James Coursey, made these comments while showing a video in which a man applied whiteout all over the globe to demonstrate the allegedly pernicious effects of unbridled whiteness. Coursey’s lecture was recorded by a mixed-race female student who told a reporter:

Half of my family is Hispanic, so I just felt like, you know, him calling me racist just because I”m white….I mean, where’s your proof in that? I felt like he was encouraging people to kind of pick on people for being white. You start telling someone something over and over again that’s an opinion, and they start taking it as fact.

Much of the public, including all the gelded and deluded “good whites,” have swallowed such nonsense as fact simply because such propaganda is relentlessly sprinkled through all levels of education these days like a cancer patient being seeded with radiation pellets.

Earlier this year an elite grade school on the Upper West Side of Manhattan made headlines because it segregated white and nonwhite students into separate study groups: The white one, in which white kids were bludgeoned and scolded about their “whiteness,” and the “kids of color” group, where nonwhite kids were encouraged to blame whiteness for everything that ails them.

At Arizona State University, a course originally called “U.S. Race Theory & the Problem of Whiteness” is returning under the slightly more benign-sounding name “Whiteness and U.S. Race Theory,” but rest assured that the gist of the course will remain that “whiteness” is “problematic.”

A black history professor in Oregon loudly proclaims that the world would be better without “whiteness,” and he still has a job.

For seventeen years running, a cabal of overwhelmingly white teachers congregates annually to bask in self-loathing and self-flagellation during a “White Privilege Conference,” which unspooled hilariously this year when nonwhite attendees started kvetching that the whole affair was too white.

A black female poet named Claudia Rankine announced last week that she intends to spend $625,000 of her MacArthur genius grant to study “whiteness” and teach the white and black sheep that “it’s important that people begin to understand that whiteness is not inevitable, and that white dominance is not inevitable.”

In the overwhelmingly white yet overwhelmingly anti-white”that happens a lot in academic and editorial circles these days”Huffington Post, a white woman writes “I Sometimes Don’t Want to Be White Either“ as she pens one long self-congratulatory screed about how good she feels about the fact that she doesn”t feel good about herself.

Writing for a Seattle radio station, a trio of extraordinarily white people tell other whites that “it’s time to realize you”re white,” adding that to think you are “just a human being like everyone else” is “deeply rooted in racism.”