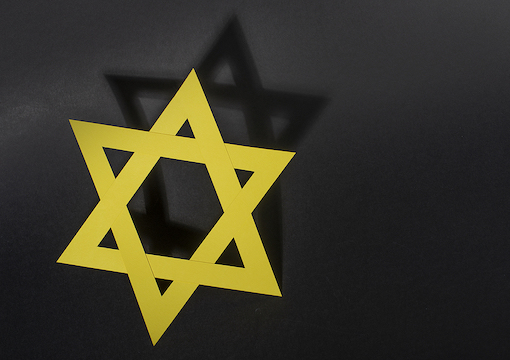 This column’s posting the day of the midterms, and that’s all anyone’s gonna want to read about. But I’m more of a postmortem guy than a prediction guy (I gave up doing predictions after last month’s column “Liz Truss: Now Begins a Decade of Glory”). So instead of making wild guesses about election results you’ll already know, I figured I’d devote this week to my views on the upcoming all-black “woke” Night of the Living Dead reboot, because for me, writing about zombie films is the equivalent of taking a vacation.

But then along came Kyrie Irving, and I just had to take the bait.

Behold, another low-IQ black multimillionaire who thinks blacks are the real Jews.

“It only takes will to stand up to the ADL. Nothing more.”

Why’s anybody surprised? Blacks think everybody in history was black. The Egyptians, the Greeks, the Romans, the Olmecs, the Vikings, the earliest inhabitants of England, even the Salem witches. Everything ever invented was invented by a black. Every great king, queen, emperor, pharaoh, philosopher, and scientist was black.

When blacks fantasize that they have a more impactful history than they do, they’re not being “based.” They’re being pathetic. You should laugh at them, not ascribe to them a nobility of intent that doesn’t exist.

That whites have been content to sit back and let blacks appropriate white history (and as a Twitter pal pointed out, that was probably a bad idea) doesn’t mean Jews should be equally passive. That whites have learned to take it up the ass and “yassa bawss” every time a black says “we wuz you” is not a good thing, and even though I’ve condemned the arrogance, hypocrisy, and anti-Western excesses of the Jewish intelligentsia a hundred times in this column, I’m not gonna begrudge Jews their anger when blacks say “we wuz Joo.”

Kyrie was given every opportunity by his team to just “shut up and play” (hey—remember when we were in favor of franchise owners telling their players that?); all he had to do was stop saying “we’ze the real Jews,” and he’d be fine. And he couldn’t. I have no more sympathy for him following his suspension than I would’ve had if the same fate had befallen any of the dozens of sports simpletons who said “fuck the police.”

And before you say, “Yes, but the FTP athletes didn’t insult da Jews, the one thing pro-sports can’t forgive,” I’ll remind you that John Rocker was suspended for more games than Irving, and his crime was insulting immigrants and queers.

Papa John was shunned by pro-sports because he said “nigger” (when he should’ve been shunned for making the crappiest pizza in history).

But there’s a segment of the far right that looks for any opportunity to scream “the big bad Jews are the only group you can’t criticize.” And when I challenged that point last week, indeed, when I invoked my own experience to show that standing up to the ADL is totally possible, I was bombarded with tard-tweets about how I’m “shilling.”

It’s a hilarious irony: On one hand, Jew-critical rightists lambaste Jews for acting like every small offense and every mild criticism is a new Holocaust. “Oy, it’s anudder Shoah!”

But when I come along and say, “I faced down the ADL; the ADL came at me and I was not destroyed,” I’m attacked for not being overdramatic enough!

“No, David, you don’t understand—it was anudder Shoah! Why won’t you admit it?”

Dozens of randos last week tweeted that ADL thugs must have a gun to my head, forcing me to pretend that I wasn’t literally murdered.

I was sad to hear him comment on Ye the way he did. It’s almost like some group held a gun to his head and made him. I feel bad, they are not effing around.
@biteme_suckas

Some of you dingbats won’t let a Jew not whine!

Indeed, it’s a widespread myth that the ADL tried to kill me:

Please watch David Cole’s (a Jew himself) documentary on Auschwitz it’s very enlightening and it nearly got him killed by the ADL for telling too many home truths.
@AdamDelvecchio7

David Cole had to change his name to David Stein after this video came out, due to a 50k$ bounty out on him by the ADL
@StevenFullert11

They did David Cole so dirty he had to change his name and move. They never refuted his claims though. And thanks to him we have some truth.
@SamBradford79

Well, technically, some jews believe reports on the ‘holocaust’ are misleading to say the least. Like David Cole. Hence, why the ADL put a $25K hit on him, and the president went to prison for it.
@Correct96365636

I don’t even understand that last one (a president went to prison over me? Too bad it wasn’t Obama, amirite?).

For the record, the JDL (Jewish Defense League), a small collection of local thugs, assaulted me multiple times and put a bounty on my head. And they’re all dead now, so if they’re still strong-arming me, it’s via Ouija board. Yes, the ADL did “come after” me in the 1990s. You know how? The same way they’re doing it now—when a reporter writes about me, the ADL bombards them with “information packets.” Just like this tweet from a Memphis reporter in 2019. They sent her a “memo.”

Oooh, a “memo.” Well, I fuckin’ surrender. No way I can defend myself against a memo.

Verily, I am slain.

It only takes will to stand up to the ADL. Nothing more. So why do so many far-rightists hate it when I point that out? Because they need the all-powerful ADL bogeyman as much as the ADL needs them as the ever-menacing “Nazi” bogeyman. Just as the ADL must always be hunting “Jew-haters” in order to create a sense of impending threat among its followers and, not coincidentally, raise shitloads of money from frightened donors, the far right needs the bugbear of the Michael Myers ADL—unkillable, unstoppable, homicidal—in order to excuse its own sloth and ineffectiveness (and also to raise money).

When Kyrie’s “cancellation” is spun by rightists as proof that “Big Jew” is too powerful to overcome, it’s just impotent inactivists seeking excuses for their impotence and inaction.

That said, I’ll point out (and this is something that was brought to my attention by a friend in the biz who prefers to remain anonymous) that many high-profile black/Jewish altercations are the result of a very specific dynamic. If you break down the anti-Jewishness that comes from black sports and music stars, you find that far from being ideological, it’s usually born of business disputes between blacks with skills that many Jews lack (the ability to excel in sports, the ability to dance and rap) and Jewish managerials with skills that many blacks lack (business acumen, money management).

Kanye’s negativity toward Jews stems entirely from feeling “used” by Jewish execs and managers. That’s what was at the core of Chuck D’s anger. And N.W.A’s. Just a few days ago, former Saints and Redskins player Junior Galette tweeted “HOLOCAUST NEVER HAPPENED ALL FAKE NEWS TO WATER DOWN WHAT THEY DID TO OUR ANCESTORS #FACTS.” Galette, a super-violent Haitian-born thug, has a history of suing his NFL bosses. He feels burned by “the Jews,” and his outrageous outbursts are rooted in that (a hatred seeking an ideology, not an ideology that bred a hatred).

And it’s not only blacks in sports and music who come to their anti-Jewishness via workplace beefs. John Lennon famously took a bitter swipe at Brian Epstein by sneaking the line “Baby, you’re a rich fag Jew” in place of “Baby, you’re a rich man too” during a studio session.

It’s the nature of sports and music (and movies): obscene amounts of money, prima donna artistes and athletes who feel entitled because they do the work, and big-brained managerial types who also feel entitled because in theory barking out a few rhymes as an idiot bangs a bongo, or dressing like a superhero and prancing in front of a greenscreen, or throwing a ball into a basket, shouldn’t net a person $40 million. That it does is based only partly on the skill of the barkers, prancers, and dribblers. The businessmen play a role too; they create demand and infrastructure and oversee production and distribution.

And sometimes the prima donnas and the managerials get into disputes. These disputes often feature non-Jews on one end and Jews on the other, so sometimes the disputes take on the appearance of ideological Jew-hatred, when in fact it’s just someone pissed off at a Jew over real or perceived business misdealings. As I said last week, it’s a mistake to read too much into the recent spate of black superstars engaging in Jew-baiting. Exactly because these disputes are often sparked by personal grievances and not ideology, this isn’t a movement that’ll have legs outside the world of overpaid dimwits feuding with their moneymen.

And let’s be honest; if you’re weeping for a ball-dribbler who was looking to make $80 million next year and blew it because his team owners said, “Please just shut up and play,” and he couldn’t follow that simple directive, well, that explains why the right’s been so ineffective at fighting Soros: Your sympathies are screwed up. Reading about a pampered celebrity being dropped by his corporate sponsor is making you angrier than reading about a grandma getting beaten to death for her purse.

BTW, are you weeping for Tiffany Cross, the antiwhite MSNBC LaQueesha fired last week for her views?

Oh, I see. Cancellations aren’t that bad after all.

The Kanye and Kyrie stories don’t have the import you’re assigning them; they barely deserve your attention, and they don’t merit your passion.

On the other hand, the ADL is trying to force advertisers to bankrupt Twitter. If Musk can withstand the pressure, if he can do as I did and not give in (and unlike me, he can afford it), that could indeed be a game changer.

The ADL might be exposed as the paper tiger it is.

To the great displeasure of the organization’s friends…and foes.

Okay, we’re done. Get back to cable news and watch those election returns. I’ll see you next week to sift through the settled dust.