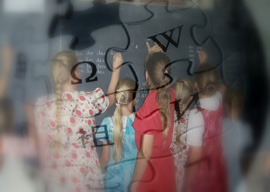 There’s nothing more frustrating than arguing with old people and hearing them bark sarcastically, “Oh, you got it from the Internet”how reliable.” The Internet is the world’s largest library, you asshole. Have you been to a local library lately? Any pizza pie of a theory can make it to a printing press. Printing has become so streamlined it’s now possible to do “print runs” of a single copy of one book. And if that’s too much work, email Amazon a Kindle version. Publishing is no harder than commenting on a message board or doing a blog post, and no fool on Earth is talking about such sources when they cite “the Internet.” When we say we got our information from the Internet, it’s assumed we mean peer-reviewed studies, reputable magazine articles, and, God forbid, Wikipedia.

Wikipedia is the geezer world’s laughingstock. Since anyone can post a definition, some people think one doofus can discredit the whole thing. In fact, the opposite is true. James Surowiecki’s book The Wisdom of Crowds argues that the sprinting doofuses are quickly trampled beneath the truth marathon we get from mobs of people concerned with facts. Ask one person what to do about your kid’s sore arm, and you”re a negligent parent. Ask a few million people, and the next thing you know you”re performing a full supination on a radial head subluxation. I did it and it saved my family five hours at the ER. In spite of all the flame wars, the Web shows that people can be relied upon to help each other. The Internet is living proof that anarchy works.

We are reminded of this every time Wikipedia’s accuracy is tested. A recent study showed the site was more accurate than most news sources (likely because the media’s “If it bleeds it leads” mentality puts a premium on fright tactics). Cancer researchers agree it is as authoritative as their own research, and a 2005 study found it nearly as reliable as Encyclopedia Britannica. Take that, old-timer!