Will Midterms Be Biden’s Last Hurrah? 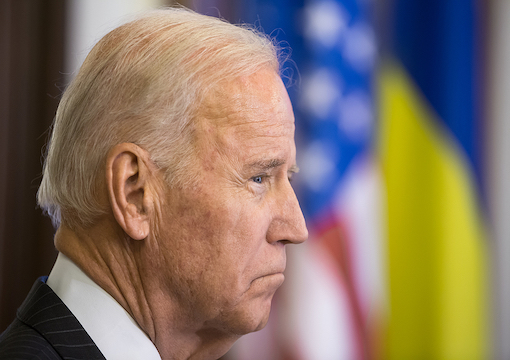 For half a decade now, America’s media elite have been obsessed with former President Donald Trump and the Republican Party’s conversion to Trumpism.

Press and TV are daily consumed with his actions and prospects and the future of the party he captured in 2016.

Perhaps it is time to consider the prospects of President Joe Biden and the political future of his embattled presidency.

“Biden has been America’s oldest president since the day he took office.”

What are the odds that Biden, like Bill Clinton and Barack Obama before him, will run again in 2024, win reelection, serve out a second term and transfer his office to the 47th president on Jan. 20, 2029?

My guess: The odds of that happening are roughly the same as the odds that last-minute entry Rich Strike would win the Kentucky Derby, as he left the starting gate at Churchill Downs at 80-1.

Consider the first hurdle Biden faces on the way to renomination in 2024 — the midterm elections five months off.

Since the Dow Jones Industrial Average and S&P 500 reached record highs in January, both have seen eight weeks of wipeouts of trillions of dollars in value as we approached bear-market territory by the end of last week.

Stock portfolios, pensions and retirement benefit plans have been gutted. These massive market losses are also a lead indicator pointing to a recession right ahead, just as voters pass judgment on a Democratic Party that controls the White House and both houses of Congress.

But even before we reach recession, Americans have already been living with a Biden inflation of 8% that has lasted for months and affected all the necessities of normal life, such as groceries and gasoline.

And the worst seems yet to come.

The Federal Reserve has reversed course from its easy money days and begun to raise interest rates to squeeze the Biden inflation out of the economy. What lies ahead may remind people who were around then of Jimmy Carter’s “stagflation,” where interest rates hit 21% to kill an inflation that reached 13%.

As for the crisis on the southern border, it is deeper than ever. Some 234,000 migrants were caught illegally entering the U.S. in April alone, with thousands of others evading any contact with U.S. authorities.

This is an invasion rate of some 3 million illegal migrants a year.

Shootings, killings, carjackings, criminal assaults, and smash-and-grab robberies in record numbers are the subject of our nightly news.

And the latest national polls suggest the country is holding Biden responsible. The president’s approval rating is down to 39%, and only 1 in 3 Americans think he is doing a good job handling the economy and that the nation is headed in the right direction.

Now the omicron variant of COVID-19 is making a comeback; infections are again over 100,000 a day.

Biden might find consolation from how his predecessors overcame midterm defeats. Clinton in 1994 lost 54 House seats and won reelection easily in 1996. Obama lost 63 House seats in 2010 to come back and win handily over Mitt Romney in 2012.

Why cannot Biden ride out the anticipated storm in this year’s midterms and come back to win election in 2024, as did Clinton and Obama?

Biden, on election day 2024, will be two weeks shy of his 82nd birthday. Should he serve out a second term, he would not leave the White House until he had turned 86. Biden has been America’s oldest president since the day he took office.

Alexander Hamilton in the Federalist Papers wrote of “energy in the executive” as being an indispensable attribute of good government.

Does Biden, with his shuffling gait, regular gaffes, and physical and cognitive decline manifest that attribute of which Hamilton wrote?

The likely scenario for Biden?

His party sustains a crushing defeat in November comparable to what Clinton and Obama suffered. But the party does not immediately rally around Biden as present and future leader, as it did with Clinton and Obama. Critics inside the Democratic coalition begin to blame Biden for the loss.

Ambitious Democrats, sensing disaster if Biden tops the ticket in 2024, begin to call for him to stand down and give way to a younger candidate, a new face, in 2024.

One or two progressives declare for president, and the pressure builds on Biden to avoid a personal and political humiliation in the 2024 primaries by standing down, as Harry Truman did in 1952 and Lyndon Johnson did in 1968.

By early 2023, Biden will have adopted the line that dealing with the challenge of China and Russia and, at the same time, coping with recession and inflation require his full attention. And these preclude a national political campaign for reelection.

And then President Joe Biden announces he will not run again.