Working for Mr. Dick, Refusing to Get a Prenup, and Failing to Mourn My Mom 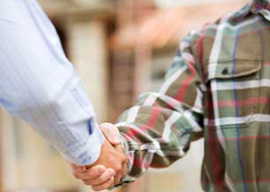 I used to be a successful contractor but I fell on some hard times and now I am what I like to call a “property manager,” but most people would call it a caretaker. About six months ago I was hired by a man of equal social and economic standing; the only difference was that, unlike me, his luck did not run out. We became friends, or at least I thought we had; but not only does he never take my feelings into account, he doesn’t even bother to pay me on time and sometimes even asks to borrow a ten when he is running low and too lazy to go to the ATM! What can I do to get a little respect—and, most importantly, get paid on time?

“Whether or not you give a speech, her soul will still be trapped in a fiery abyss for the next trillion years.”

I chalk your problem up to the lack of formality in the United States. Everybody wants to be Joe Friendly. Everybody wants to be on a first-name basis. Everybody wants to chitchat about themselves and their problems. Problem is, friends don’t and should not work for other friends as nannies, gardeners, personal chefs, or “property managers.” It is bound to ruin the friendship or be a less-than-satisfactory job. We are not all friends and we are not all equal, so if you want your boss to respect you as an employee, then you have to treat him as if he were the employer and not your friend. If you want to be friends with your boss, then quit. Otherwise he is going to take advantage of you as if you were his friend! But if you want to keep your job, try treating him like an employer; don’t listen to his problems, don’t tell him yours, and don’t call him Dick but rather Mr. Dick! Employers aren’t supposed to care about your feelings; they’re supposed to pay you.

REFUSING TO GET A PRENUP

I told my daughter, age 28, to get a prenuptial agreement with her husband. She started ranting and raving that she will never divorce, that I am hoping she gets a divorce, that money does not matter in her marriage, and on and on and on. I really think she needs to grow up and get the prenup. He is unemployed at the moment and she (thanks to me) has quite a bit of money! What can I do?