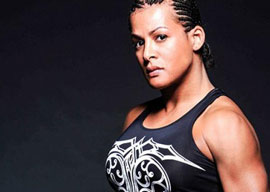 As the gay-marriage juggernaut crushes all resistance within America, it’s become obvious that the mainstream media doesn’t want to declare victory and go home. They want sequels. But what’s left to exploit in demonizing average people after the elites have gotten all they demanded?

One obvious strategy is to go global, to turn the domestic gay crusade into World War G.

The problem from a political-correctness standpoint is that the worst abuses of homosexuals in the world today take place in black Africa or the Muslim Middle East. So it would be racist or Islamophobic to go global at the moment.

Fortunately for the American press, the mostly white and ethnically Christian country of Russia recently passed a law against spreading gay propaganda among minors. And since spreading gay propaganda, especially to impressionable young people, is the essence of the American prestige press’ gay-marriage campaign, this has been taken very personally. They are looking forward to using the Winter Olympics of 2014, the 100th anniversary of the start of World War I, to stoke hostility against Russia.

Hopefully, this will just turn into another long, expensive Cold War without anybody actually getting it into his head to invade Russia to prevent what Slate.com is calling “a Gay Holocaust.” But even stupider things have happened in history. After all, there is much power and money to be harvested from mindless international tensions. Sometimes, as in 1914, however, they slip out of control.”

But what’s the post-gay-marriage strategy to keep the pot bubbling here in America? Sure, the gay marriage whoop-dee-doo served as a distraction from the major issues America faces (it’s not wholly coincidental that Wall Street ponied up much of the money for the campaign), but perhaps the media can double down and find an even smaller group to noisily champion. How about…transsexuals, transvestites, trans-whatevers?

Indeed, I started to notice that World War T was the next domestic campaign last spring when The New York Times splashed a big story about how a “transgender” mixed martial arts fighter”“Fallon Fox, born Boyd Burton””was being discriminated against by not being allowed to beat up women for money.

Ever since, the press has been running similar stories. And the witch-burning fever has been mounting among the Volunteer Auxiliary Thought Police.

You may wonder why World War T seems to have broken out first on the sports page. Yet there’s a reason why run-of-the-mill sportswriters have long been among the most dopily politically correct for years. Political correctness is a war on noticing, and it’s harder to not notice patterns when watching sports than almost anywhere else in life. If you turn on ESPN, you’ll notice that on average, blacks can outjump and outsprint whites, that straight men and lesbian women like sports far more than do gay men and straight women, and that men are much better than women at sports. Indeed, the rare transgender sportsman tends to make a farce out of the Plessy v. Ferguson world of women’s sports. Hence, mediocre sportswriters have often been among the most militant enemies of noticing.

Simmons, though, is perhaps the best sportswriter of the Internet era precisely because he’s a terrific pattern recognizer. He doesn’t go into locker rooms to ask what pitch the slugger hit. Instead he inhales information from numerous sources and checks the implications against the other sources. But that independence of mind also means that Simmons is always in some danger of being ratted out as a closet crimethinker.

As an editor of Grantland, though, well, it’s hard to find other Bill Simmonses among today’s thoroughly domesticated young writers. Thus, Hannan’s long piece on a golf-club inventor was so appealing: It was as if Simmons had finally found a young reporter on his own pro-noticing wavelength.

It’s pretty hard for anybody to come up with something interesting to write about putters”the clubs that golfers use to tap the ball the last few yards toward the hole”without being boring, or at least without recounting what Johnny Carson apocryphally said to Mrs. Arnold Palmer. Golf is an inherently anticlimactic undertaking. You start off each hole on the tee trying to whomp the ball a couple of football fields or more”which is actually pretty fun”but you end up on the green delicately nudging the ball three or four times until it finally topples into a small hole in the ground.

But Hannan pulls off this difficult assignment, putting the story in the broad perspective of the things men will do to roll a golf ball more accurately.

Technological improvements in drivers, which now look like toasters at the end of pool cues, have made the game more fun by allowing hackers to swing from their heels with less fear of whiffing. There were striking advances in club technology toward the end of the Cold War as aerospace engineers took their titanium and carbon fiber skills to innovative firms such as Callaway to beat their swords into pitching wedges.