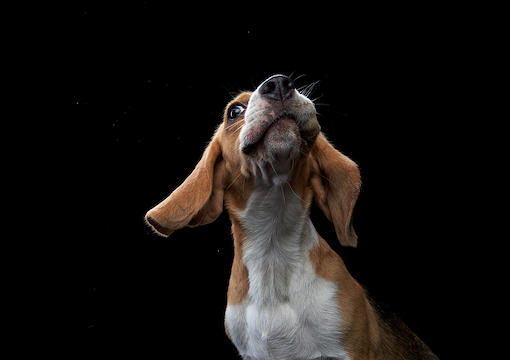 Left and right are equally vulnerable to bullshit, but in contrasting ways. And it pays to know the difference. Far-right has a susceptibility to nonsensical “sleuthing.” Byzantine “theories of everything.” That’s why QAnon hit so hard; rightists love going to the whiteboard to “prove” something wacky.

In contrast, for “IFL science” leftists (the smug pseudo-rationalists who walk around in a constant state of unearned superiority), their bullshit is usually in the service of disproving something. Their identity is based on presenting themselves as the intellectual superiors of the great unwashed. So their susceptibility to hogwash lies in a desire to dismiss the beliefs of their inferiors. Just give them a one-sentence soundbite they can smugly snort as their skinny jeans slowly smother their ballsack (that goes for the men and women, because in this demographic it’s impossible to tell the difference), and they’ll run with it.

The need to dismiss is important to leftists regardless of political circumstances, but it’s especially important when they’re in power. For the Biden administration, dismissal is its lifeblood: “No, crime isn’t rising, inflation isn’t hurting the working class, we never said ‘defund the police,’ BLM never sacked cities, we never said the vax would allow you to live mask-free in normalcy, unvaxxed and untested illegal aliens aren’t a Covid superspreader risk, CRT isn’t being taught in schools.”

Leftists are uniquely susceptible to “supermyths,” a term coined by British criminologist Mike Sutton to refer to a myth that’s created by “skeptics” in the service of supposedly debunking a myth. Sutton’s defining example is the Popeye supermyth, which used to be a staple of smug rationalist discourse: “Americans are so damn stupid! Just because Popeye—a snort snort cartoon character—told them that spinach is rich in iron, spinach sales went through the roof in the 1930s! And you know what? Turns out that spinach isn’t rich in iron at all, but in the 1800s a German (snort) ‘scientist’ put a decimal point in the wrong place and made it look like spinach has lots of iron. So much for ‘white superiority’! A German screwed up a decimal point and millions of whites bought spinach because they got their scientific info from a cartoon.”

Except, as Sutton discovered, none of that is true. No German misplaced a decimal point; in the 1800s, German scientists knew the exact amount of iron in spinach. And the creator of Popeye had him eat spinach because it’s high in vitamin A, not iron (he never once invoked iron in the strip). And spinach production skyrocketed in the 1930s not because of Popeye, but because of New Deal subsidies.

See the iron-y? The desire to feel superior to their lessers rendered leftist “IFL science” smugheads more susceptible to myths than the lowly nosepickers they were trying to ridicule.

Okay, so knowing how supermyths work, let’s talk about Anthony Fauci torturing dogs. Last summer, a conservative outfit called White Coat Waste (WCW) launched a campaign to expose various beagle-torturing “science” experiments funded all or in part by Fauci’s NIAID. WCW is, of course, a partisan org, but their info seemed solid. And that created a problem for Fauci, because animal torture plays very badly among leftists. The average leftist has no problem with duct-taping a mask to a toddler’s face or forcing an elderly man to die alone with no hand to hold because science. But abusing dogs? That’s an absolute no-go area for leftists (and, to be fair, for decent people of all stripes, even morally gray d-bags like me; I’m friends with everyone from commies to Nazis but I absolutely draw the line at animal abusers).

WCW began its campaign in July. Before long, #beaglegate was trending on Twitter, and as congresspeople from both parties were demanding answers regarding the use of taxpayer money to kill Snoopys, the left seemed unable to counter the charge.

Wait, why’d it take from July till November for the left to counter the WCW narrative?

On Nov. 19, The Washington Post ran a 3,650-word “debunking” of the beagle story. The two authors, Pulitzer-winning Beth Reinhard and millennial newcomer Yasmeen Abutaleb, began by painting Fauci as the victim of “hate” and “death threats” as the result of a “misleading” campaign.

Regarding the Fauci/NIAID beagle-torturing claims, Reinhard and Abutaleb (and the people they interviewed for the piece) dismissed them as “false,” “misinformation,” “bogus,” “conspiracy theories,” “ridiculous accusations and outright lies,” “dangerous to the entire field of science,” and “erroneous claims amplified by a right-wing echo chamber.” “Falsified misinformation” from “inflammatory right-wing media outlets and influencers” created “outrage that was supercharged” by “Republican operatives.”

Yikes! Based on that verbiage, you’d think the Fauci/beagle story was, like…fake!

But then you read the fine print in those 3,650 words and you realize that of the six beagle-torture studies WCW cited, five actually were funded by Fauci’s NIAID (including one in which beagles had their vocal cords cut “to protect the researchers from hearing loss” from the agonized wailing of the tortured dogs), and the sixth study claimed to have received NIAID funding when it was published in July, with the authors (and the peer-reviewed journal that carried the study) not “correcting” the claim of NIAID funding until Oct. 26.

See why there was that time gap? Between July and Oct. 26, the left had no snort snort one-liner with which to dismiss the Fauci/beagle claims. Then, on Oct. 26, the authors of one of the six studies said, “Aw snap, turns out we didn’t get NIAID funding after all! D’oh!”

Armed with that, the smugs pounced (even though WaPo admitted that the funding correction only occurred because of publicity from the WCW campaign).

So a rational person would conclude that WCW accurately reported on five studies and “trusted the scientists” on the sixth regarding their claims of funding, and because of WCW’s work, an erroneous claim of NIAID funding was corrected.

It’s hard to see what WCW did wrong. Especially considering all the anti-WCW invective used in the piece.

So I emailed Reinhard and Abutaleb. “Of the six beagle-torture experiments, we’re talking about five that were NIAID-funded, and one that wasn’t. Correct?”

Reinhard replied, “Thanks for your sending your inquiry to [email protected]”

That was the extent of her reply.

That woman won a Pulitzer.

Abutaleb didn’t respond at first. But knowing that millennials don’t see anything as legit unless social media validates it, I knew that if I told her that WaPo super-reporter Dave Weigel follows me on Twitter, she’d reply. I hated being right (I don’t like it when my worst prejudices are confirmed), but I was. Upon learning that I had a Weigel “follow,” she affirmed that yes, five of the studies were indeed NIAID-funded, and the one that now rebukes that claim didn’t correct the record until late October.

Let that sink in. The WaPo called WCW’s claims “false,” “misinformation,” “bogus,” “conspiracy theories,” “ridiculous,” “lies,” “dangerous,” “erroneous,” and “falsified.” But the reporters agree that from July through October, WCW didn’t actually get anything wrong. Five studies were funded by NIAID, and the sixth claimed funding until the Oct. 26 “correction.”

When the chronically corrupt PolitiFact also came to Fauci’s defense, I emailed the PolitiFact author, Bill McCarthy. Being a liar and hack, McCarthy refused to defend his piece (as in, he actually responded to say that he wasn’t gonna defend his piece).

So I emailed my buddy Al Tompkins, top dog at the Poynter Institute (which runs PolitiFact):

The story’s being presented as an example of “right-wing outrage machine disinformation.” And that’s the angle I’m just not seeing.

The main problem is the highly charged language they used saying Fauci poisoned puppies and so on.

If I understand correctly, you’re saying that the main problem with what the conservative groups did revolves around hyperbole, not disinfo. Because of course those are two different things. Liberals who said “Trump is separating immigrant families at the border” weren’t actually claiming that Trump himself went to the border to separate families.

But I see hyperbole, in this case, as part of the disinformation. The stories repeatedly led us to believe that Fauci snipped the dog’s vocal cords, ordered them to be subjected to awful tests.

Al’s a good guy, and I hate to see good guys demean themselves by defending the indefensible. But nobody, and I mean nobody, claimed that Fauci personally snipped the vocal cords of dogs (a more honest piece by Factcheck.org admitted that Fauci personally approves of all NIAID-funded projects, meaning that the only way to say he’s not responsible for the torture is to use an impossible standard by which Steve Jobs would not be responsible for the iPhone because he didn’t personally build each one).

The bottom line is that the WaPo/PolitiFact outrage was not based on the accusation that WCW engaged in “hyperbole,” but rather that WCW lied. “Hyperbole” wouldn’t have made for a good IFL science snort snort line.

“Those ignorant wingnuts are hyperbolic about beagle torture.”

That wouldn’t have worked as a smug dismissal talking point because many leftists are themselves hyperbolic about animal cruelty; “hyperbole” on that issue is not seen as a sin.

The talking point that was needed in order to run interference for Fauci had to be “WCW lied with dangerous disinformation and conspiracy theories.”

Supermyth No. 1: The Fauci/beagle story is a “falsified,” “misinformation,” “bogus,” “conspiracy theory,” “ridiculous,” “lie,” “dangerous” “erroneous” tale manufactured by the right-wing disinformation machine and lapped up by gullible Fox viewers.

That’s so meta, I have a fuckin’ headache.

The IFL science smugs got their talking point (“snort snort, Fauci never tortured beagles. Neanderthalic right-wingers fabricated the story in order to discredit science!”), while the reality is that five of the six experiments were indeed NIAID-funded, the sixth one claimed to be NIAID-funded until the bad publicity hit, and no one ever accused Fauci of holding the puppy knife himself.

The Popeye supermyth is fun and harmless. This one isn’t. This is about a journalistic cover-up of something genuinely foul that taxpayers funded, with reporters playing to their base by writing something off as a right-wing nonstory when in fact the real story is that the thing the “wingnuts” claimed happened actually happened, but leftists, susceptible to dismissal bullshit, lapped up the cover story (like a gullible FUX NEWS audience!) so they could pooh-pooh the beagle torture as disinfo at their next cocktail party.

A myth created in the service of “debunking” something that’s supposedly a myth but actually isn’t.