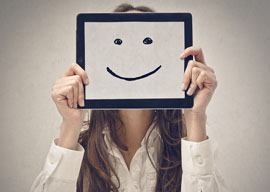 The longer I live, the more humbug there is. Whether this is a real increase or merely a reflection of a more acute sensitivity towards it, I am not sure: There have always been humbugs. But if it is possible to bathe in a sea of humbug, then that is what I”and, I assume, others”seem to be doing much of the time.

I had an excellent training in humbug. My late father was always espousing great and grand principles expressive of his love for humanity, but had difficulty in expressing love for anyone in particular. I now feel sorry for him: For humbug, especially when persistent, stands in the way of achieving an authentic relationship with the world. To be a humbug is to wear distorting lenses.

Like almost everyone, I am a humbug on occasion and in my youth was a humbug practically all the time. Youth, in fact, is the golden age of humbug, that is to say of the expression of supposedly generous emotions that it has to a much lesser extent than claimed. “Sincerity,” said Hazlitt, “has to do with the connexion between our words and thoughts, and not between our beliefs and actions.” Hypocrisy is not the same as cant.

“Cant is always poisonous, among other reasons because it is designed to deceive not only others but ourselves. “

Hypocrisy is, or at any rate can be, a social virtue. To express a sympathy or an interest that you do not in the slightest feel can be almost heroic when it is done for humane reasons, and is often socially necessary. Hypocrisy is to social life what oil is to axles. Cant or humbug, on the other hand, is always poisonous, among other reasons because it is designed to deceive not only others but ourselves. It doesn”t entirely succeed in this latter task because a still, small voice tells us that we are canting, to which our preferred solution is often to cant even harder, like drowning out something we don”t want to hear by turning up the wireless. That is why there is so much shrillness in the world: People are defending themselves against the horrible thought that they don”t really believe what they themselves are saying.

There is no subject to which humbug attaches more than humanity, of course. Who will admit that he doesn”t love humanity, that it wouldn”t matter to him in the slightest if half of it disappeared, that he can sit through the news of the worst disaster imaginable (provided far away) and eat his dinner nonetheless with good appetite? No, in order to be a good person you have to pretend to be lacerated by awareness of suffering anywhere in the world and show your wounds like Christ showing his heart in one of the Baroque Spanish colonial paintings.

It so happens that I have met a few people in my life who genuinely loved humanity, but they were few and mostly Catholic nuns working in Africa. I once wrote an article to this effect and was surprised at the virulence of the reaction, much greater than to anything else I had ever written (or have written since). People forgot their love of humanity altogether in their hatred of nuns, whom they excoriated with a quite extraordinary venom, as if nuns were the main cause of evil in the world. I suspected (though I could not prove) that the extraordinary vehemence”though I had been careful to claim no religious faith myself”had something to do with the nuns” willing rejection of some aspects of modernity, such as…well, you can probably fill in the gaps.

But, with few exceptions, most people do not love humanity; in fact, misanthropy in my experience is far more widespread than love of humanity. You have only to allude to some of the (many) unattractive features of a crowd to draw widespread agreement from your interlocutors. But try enumerating the same crowd’s good characteristics and your interlocutors will regard you as a bore of deficient intelligence. No one ever raised a laugh by expatiating on the goodness of Man.

As soon, however, as we are in the public arena”at an interview, for example”we must start to mouth sentiments that are not ours in words that mean nothing. Suddenly we start to cant. We must display the wounds we feel at the imperfections of the world. We must award ourselves, and pronounce, creditable motives that we know perfectly well are not ours.

Commercial companies are now in the canting game. They claim to be working to bring about greater equality, the survival of rain forests, an amelioration of climate change, the participation of fat children in sport, and anything else other than their true aim, which is mostly to sell products that are superfluous to people who don”t need them. (I accept, of course, that this is the necessary force that makes our economic world go round, and that it is pointless to protest it.)