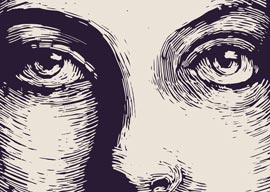 Everyone pities Prometheus, but what about that poor eagle, sentenced to pluck out the same guy’s liver every damn morning? Did it ever think, “Jeez, just once can I get maybe a kidney or something?”?

That myth makes me think of St. Peter’s proverb “A dog returns to its vomit,” which in turn reminds me of the Spinal Tap drummer who “choked on someone else’s vomit.” Then again, so does almost everything, since that throwaway line has become an apt description of my own fate.

Having spent half a century watching the left “change the world,” then have it stay good and changed despite widespread debunkery and abject high-causality-rate failure, I stupidly presumed that if my side finally won one, our victory would likewise be set in frozen concrete aspic, too, dammit.

But those of us who overturned Canada’s politically correct “thought crime” hate-speech law, Section 13″wielded only against “basement Nazis“ until Muslims tried, and hilariously failed, to use it against critics of Islam”barely got our party hats on before the nation’s bratty, oblivious SJWs regrouped and even metastasized.

“When my friends and I raise the alarm about the far more numerous Muslim men who hold identical views (and worse) and who already reside in Canada, all these SJWs are suddenly AWOL and MIA.”

And even when we push back and they stumble, they just walk it off and hoist up a new human piÃ±ata. This week, it’s notorious “pickup artist” Roosh V.

If his weird moniker sounds familiar, it might be because Nathan Wyatt interviewed him for Taki’s over two years ago. And I wrote about PUAs like Roosh back when the $PLC declared them “hate criminals” in 2012.

(I”m serious, by the way: What more do I have to do to get on that goddamn list…?)

There’s a lot of overlap between PUAs and the broader antifeminist, anti-cuckservative “manosphere.” Female SJWs naturally hate all these male “haters,” but so far, their efforts to exorcise PUAs from even the fringes of the public square haven”t worked.

But SJWs are relentless little robots, so when they learned that Roosh’s 2015 world tour included stops in Montreal and Toronto, they waddled into action. (I can”t picture these women “springing,” exactly. And I”ll ask again: Why do they all look like this?)

Their first order of business: the obligatory Change.org petition, which asks “Mayor Bonnie Crombie of Mississauga, Mayor John Tory of Toronto, and Mayor Denis Corderre of Montreal to denounce “RooshV” and to urge local businesses and organizations to deny him accommodation while in Canada.”

The word hate pops up again and again in this petition (which, as I type this, has just under 40,000 signatures). Roosh’s “hate website” The Return of Kings is “hate-based,” as is Roosh himself, who holds “hateful misogynistic views” that are “likely to breach public peace.”

I give these broads credit for one thing: Roosh (whose real name, they note, is Daryush Valizadeh) is quite possibly the brownest, most foreign-looking guy they”ve ever picked on.